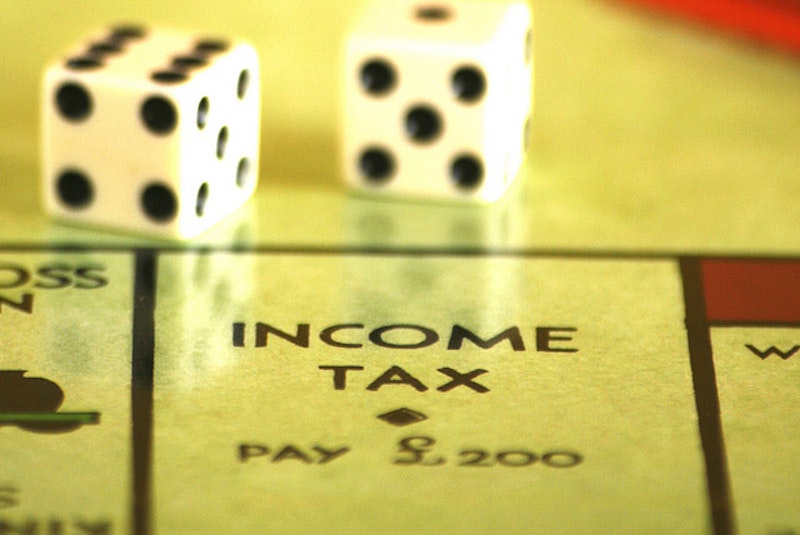 “Another serious looking letter came for from the social security admin, can only be opened by addresse [sic] under penalty of law. Feel free to swing by anytime to pick it up, haha.”

So reads the text message I received from a current tenant at the house I moved out of a month ago. It’s just around the corner from my new place, thankfully, since it has taken weeks for the various institutions in my life—auto insurance, health insurance, utilities, former landlords holding on to massive security deposits—to understand and process that I have a new address.

I could have sworn the text message was mistaken—I’ve had unemployment insurance before, but, I mean, I’m 25: what the hell is an envelope from the Social Security Administration doing with my name on it, complete with vaguely disconcerting legal speak?

As it turned out, the SSA sent me a letter that is at pains to convince me that there will, in fact, be Social Security waiting for me at the end of the tar-laden road of employment—once I’m done with 20-odd jobs in as many fields.

"Will Social Security still be around when I retire?"

However, this does not mean that Social Security benefit payments would disappear. Even if modifications to the program are not made, there would still be enough funds in 2037 to pay about $760 for every $1,000 in benefits scheduled.

Emphasis mine. Obviously “modifications”  is a gentle euphemism for “massive legislative overhaul(s).

The economy is sluggish at best; Washington continues to kick the can down the road with climate change legislation; the midterms devour anything approaching real news; Sarah Palin tweets; everyone is racist. Also, Social Security will be bankrupt in a little over a generation. Take a number, have a seat.

I still stand behind President Obama because I believe change has indeed come at the behest of a careful, solidly left-of-center president. Granted, the current ramifications of this change couldn’t be entirely predicted (and haven’t included anything close to the bipartisanship promised on the trail), but here we are: the stimulus package, imperfect and necessary, applied enough breaks to the recession to keep us, temporarily, out of an abject tailspin; health care reform, imperfect and necessary, addresses the ethical issue of coverage while not ignoring cost; withdrawal from Iraq, imperfect and necessary, has actually happened.

But the economy languishes, and who knows just how bad the assuredly bad midterm elections will be for the Democrats. As insane and stupid and shortsighted as my party of choice can be, it is actually trying to do something about long-term and massive problems such as the deficit and national debt. It’s as much about political philosophy as it is about tactics: Liberals see the institution of government as a powerful vehicle for progress; conservatives see government as an unnecessary check on the institutions of American capitalism and exceptionalism.

A “dark horse” presidential candidate for 2012 is Indiana Gov. Mitch Daniels. Like earnest-yet-still-very-much-a-politician Rep. Paul Ryan, Daniels receives some level of “cred” in the mainstream media for being an ideas guy—sort of like Newt Gingrich, which tells you something about the bar Republicans need to pass in order to be labeled an “ideas guy.” The sticker is applied to any Republican who is able to transcend the day’s talking points to bring you—gasp—real ideas about how to right the trajectory of this country’s economy, regardless of their feasibility.

In a Wall Street Journal op-ed, Daniels proposes eliminating or reducing the Social Security payroll tax for a year, and to make up for the lost revenue “twice over.” The New Republic’s Jonathan Chait points out that since the payroll tax is supposed to bring in $934 billion in revue, a one-year elimination under Daniels’ plan requires $1.8 trillion in savings. To get those savings, Daniels looks to line-item veto power for the president in regard to budgets (pretty much never happens), unused Troubled Asset Relief Program funds (picture half-finished Bridges to Somewhere), a federal hiring and pay freeze, and a “freedom window” (Jesus Christ he’s serious) for corporations—an “ask questions later” approach to environmental regulation.

But it's OK, Mitch. You put out a real plan. Sure, you rely on magical constitutional thinking and empirically false analysis of federal pay. And your savings only make it 9% of the way to your stated goal. And the four revenue offsets you promised are really only three offsets plus one unrelated ideological hobbyhorse. But it was a good try. Look at Sarah Palin and Newt Gingrich over there—they fell down after only a few yards! You should really think about running for president.

The sarcasm notwithstanding, the litmus test for legit, conservative policy analysis on the national stage is staggeringly low. For all the tantrums thrown over health care reform, the final legislative package considers things like the national debt and does its best to remain deficit neutral. Imagine if that kind of scrutiny had been applied during the Bush Administration.

It’s a massive mess, this America, stumbling superpower and unmatched cultural force. The fundamentals of our economy are not strong; the apathetic liberal and the geared-up Tea Partier know this to be true.

Republicans might take control of the House and get within a Joe Lieberman and a Ben Nelson from taking the Senate. Perhaps a divided government will be a crucible for compromise. It’s doubtful, given the paucity of decent policy proposals in the limelight of the mainstream media. Sure, you can find plenty of feel-good, honest conservatism from The League of Ordinary Gentlemen and The American Scene and The Atlantic (Sullivan, Ambinder, McArdle)—none of it begins to approach the three-ring senatorial circus floor. It will be very, very interesting to see how Senate Minority Leader Mitch McConnell and House Minority Leader John Boehner handle any and all newfound majorities. Although polling on generic balloting for the midterms is looking particularly awful for Democrats, there’s a little comfort to be gleaned from the fact that Republicans have nominated a good deal of unconventional candidates.

Just because you’re fed up with the Democratic Party doesn’t automatically equal a vote for Sharron Angle.