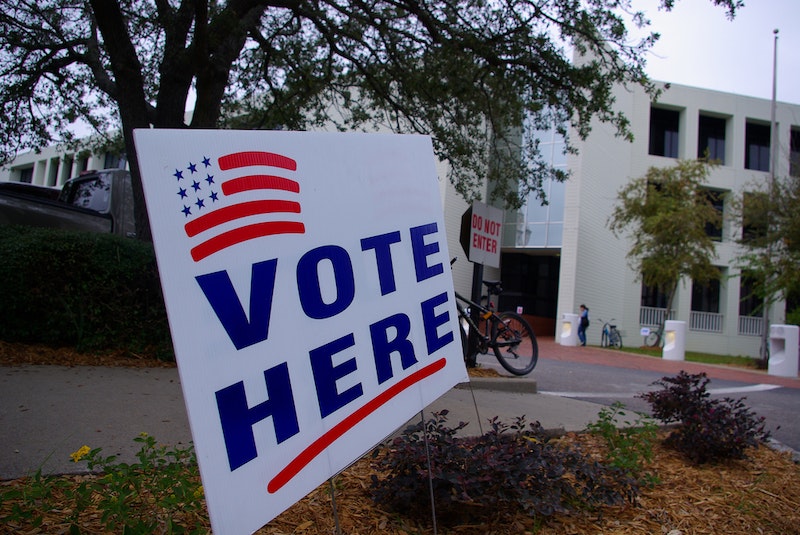 In the end, it is fair to ask if Maryland’s great democratic (small d) experiment with early voting was worth all the fuss and expense. Purists would argue that early voting expanded opportunity regardless of results. Cynics would say that it really didn’t make much of a difference and that, in fact, early voting sucked some of the oxygen out of election day.

With six extra days to vote, only a tad more than 2.5 percent, or about 77,000 voters, out of Maryland’s more than 3.2 million registered voters used the bonus days to seek out the limited number of polling places. Registered Independents, now numbered at more than half a million, surrender their franchise in primary elections when they abandon political parties.

In Baltimore, there were five early voting locations at obscure addresses with the exception of the highly visible and well-located Public Safety Training Center, the old Pimlico Junior High School, at Northern Parkway and Park Heights Ave. And even that was truncated because the final day of early voting occurred on Rosh Hoshanna. To offset the Jewish holiday, however, a city employee furlough day occurred on the second day of early voting which could have provided a slight bump in turnout. City voters could vote at any one of the five centers or, for that matter, all five and chances are no one would detect the difference or they would be discovered after the fact.

In Baltimore, for example, only a couple of contests have risen to the level of excitement—that of Gregg Bernstein’s attempt to unseat State’s Attorney Patricia Jessamy, and the aggressively hip Twitter-era campaign of Bill Ferguson to decapitate seven-term South Baltimore State Sen. George Della (D).

The pattern was the same in voter-rich Montgomery and Prince George’s Counties, the two most populous counties in Maryland. In MoCo, there are several contested and nasty legislative races. And in PeeGee, the race to succeed Jack Johnson as county executive has dominated the political drama. Yet in neither county were voters motivated to turn out in large numbers for the first opportunity to vote earlier than usual.

Those that early voting appears to have served best are politicians who turned out with the sunrise on the very first day to make a show of it for the TV cameras. But most of the public seems to have taken the first-time experiment in stride—many of them ignoring the polls as they usually do in primary elections when there is no serious challenge at the top of the ticket.

From the very beginning, former Gov. Robert L. Ehrlich (R) characterized early voting and provisional ballots a dual menace that was a Democratic party recipe for fraud. In 2006, for example, he initiated a referendum drive to block the changes in the way Marylanders vote. The committee, Marylanders for Fair Elections, had the imprimatur of Ehrlich’s campaign, and its chairman, Thomas Roskelly, was Ehrlich’s handpicked front man. As governor, Ehrlich vetoed early voting only to have the General Assembly override his action. Early voting then meandered through the courts and it was finally kicked back to the General Assembly once more before it was reenacted as a constitutional amendment that was approved by the voters.

But according to all reports, early voting was smooth and fraud-free, and Ehrlich was among the early voters although he waited until the final day. Thirty or more states have adopted early voting programs and, so far as anyone knows, there have been no reports of early voting abuse. And provisional voting was adopted by the federal government following the Florida debacle in 2000 and later refined and codified in Maryland. Oregon has abolished a formal election day altogether and has adopted a system of extended of early voting—period. In fact, if anything, early voting in Maryland was dull if not down-right boring and numerically a dud.

Students of human motivation will recognize that as a problem. Even the candidates held back, apparently reserving their mightiest artillery for the general election. There was no walk-around money as a down-payment on the general election. There were no great visible efforts to mobilize and get out the primary vote. And because voters could vote at any of the five locations, it was difficult to determine where the votes were coming from.

A campaign used to be a concentrated effort that reaches a crescendo on a single election day. Early voting has diluted that focus and altered the rhythm and cadence of campaigning by turning the process into a seven-day snooze that lacks attention as well as a center of gravity.

Election days, both primary and general, used to be celebratory occasions. Bars were closed, and restaurants were not allowed to serve drinks until after the polls closed. Sound trucks polluted quiet neighborhoods and downtown thoroughfares. Phone banks ruled. Poll workers, each one a guaranteed (and paid) vote outnumbered actual voters, while volunteers and muldoons knocked on doors and patrolled precincts to flush out voters. And polling places were election day social centers.

(The newly-arrived in the gentrified neighborhoods won’t find the word “muldoon” in the dictionary or on Facebook or Twitter. The muldoon was the precinct or ward leader with the largest extended family—immediate, in-laws, aunts, uncles, cousins, grandchildren, godchildren, friends, friends of family and friends—and thus was able to deliver the most votes. They’re all gone, now, except the sole remaining representative of muldoon-era politics just might be South Baltimore’s Sen. Della.)

But with a seven-day open window for voting, much of a campaign’s resources of money and energy are no doubt conserved for a final push, such as it is now, but to a larger extent for advertising and on drives to get-out-the-vote, or hold-back-the-vote (known as voter suppression), as the case may be. And don’t forget a late spending-spree of walk-around money.

Early voting turnout might improve in the general election for several reasons: There’s going to be a bitterly fought election for governor between two candidates who genuinely dislike each other; a referendum will appear on the ballot as required by law every 20 years on whether to convene a constitutional convention; and there’s the ballot question on whether to disallow slot machines at Arundel Mills.

It’s difficult to say which or whether either major party will eventually benefit from early voting except to point out the mathematical advantages that Democrats have with a 2-1 voter registration difference over Republicans. And it’s fair to note that Republicans at all levels across the nation are more juiced up than Democrats over what they view as a chance to pick up a majority of governorships and one or both houses of Congress.

So once again, legislation enacted in the name of reform just might have the unintended consequence of being a costly investment with a low return in much the same way that campaign finance reform was supposed to end the corrupting influence of money in politics.