The Police Back Off

“Defunding” is happening because no one wants to be a cop. 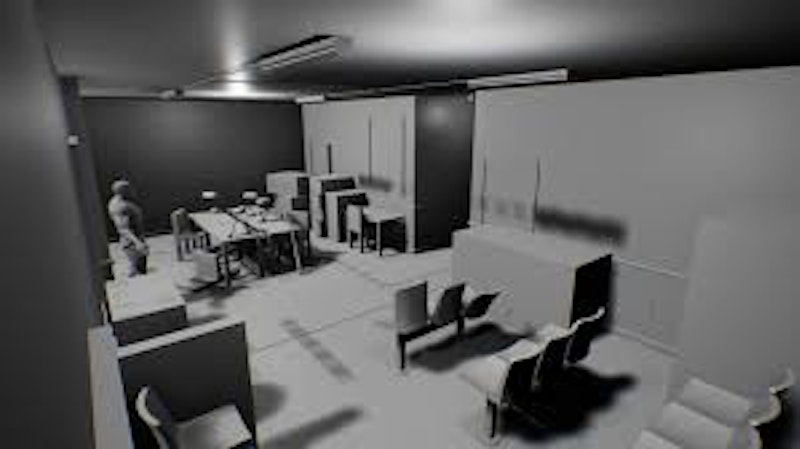 Early in 1970, upon hearing John Lennon’s jump-in-your-face single “Instant Karma” on the radio for the first time—this was a month or two before Paul McCartney hogged the spotlight and said The Beatles were kaput—I thought the opening line was: “Think a cop’s gonna get you.” I wasn’t correct, although one can imagine that lyric coming from Lennon, but as someone nearing his 15th birthday, I solipsistically nodded, “Uh-huh,” thinking of the paranoia my friends and I had about getting nabbed by the Huntington, Long Island police for smoking pot. Intellectually, I knew that a white, suburban teenager was hardly a priority for law enforcement, and that real atrocities (and casual murders) were taking place all over the country—far worse than today—and not just in the South.

I thought about this last week while reading Peggy Noonan’s even-handed Wall Street Journal column about the “triumph” of Derek Chauvin’s conviction in Minneapolis for killing George Floyd, an opinion that most Americans (including me) share. Noonan praised the jury for its diligence in its unanimous verdict (although she might’ve added that all jurors and witnesses had to be scared out their wits; as well as Joe Biden’s inappropriate call to Floyd’s relatives, saying he was “praying”—everybody prays in modern times—for the correct verdict even while the jury was in deliberations). She then shifted to the comments of Republican Sen. Tim Scott—the African-American from South Carolina who’s in contention for the 2024 GOP presidential nomination in The Permanent Campaign—who said, while he applauded the outcome of the trial, it would be incorrect to tar the entirety of police in America, “the vast majority of whom put on the uniform each day with integrity and servant hearts.”

That’s not a popular opinion among certain segments of the population, especially most of the media, and that reality will be tested, for better or worse, long before the next presidential election. I’m a sexagenarian law-abiding citizen and still get queasy when walking past Baltimore City cops; I can’t imagine what goes through the heads of black or Hispanic residents. Most likely pure horror. The call for “defunding the police” has been popular for over a year now, but those who agree with that misguided proclamation needn’t worry: “defunding” is occurring without legislation, as young men and women, who may have planned just a few years ago to enter that profession have decided to pursue other interests.

I’ll return to a hobbyhorse I’ve peddled for five or six years. I don’t know what to make of Joe Biden—he or his staff seem to issue a “sweeping” grand idea three times a week, often recalibrated if Biden himself does the talking, whether it’s about a steep hike in capital gains taxes, a gasoline tax, banning menthol cigarettes or making all tobacco “non-addictive,” a confusing infrastructure jigsaw puzzle, suggestions that Americans eliminate meat from their diets for the environment’s benefit, or contrasting border policies—except that he appears intent on leaving a legacy, mostly like FDR or LBJ (the domestic part, not foreign policy). I’m not in favor of most of the above, but would applaud Biden if he did something—anything—to reverse the appalling Xenophobia that’s gripped America for at least 20 years—it’s no accident that the latest census report shows the smallest population growth since the Great Depression.

So is JFK no longer in the mix? Why doesn’t Biden introduce the idea of a modern and retrofitted Peace Corps, which on the face of it, wouldn’t seem to encounter much opposition.

If it’s true that police departments and the entirety of K-12 public schools (I’ll skip higher education, which is also in turmoil, for the sake of brevity) are rife with corruption, why doesn’t Biden address this immediate problem? It would take enormous finesse, but the first step is breaking the police and teachers’ unions, offer buyouts for veterans in those professions, and entice young Americans to become teachers or cops. Like the Peace Corps, it’d be a two-year commitment, with incentives to remain beyond that period. That means decent salaries and benefits, in exchange for enthusiasm and a willingness to work long hours. The unions would go nuts, but those members are a far smaller percentage of the work force than 30 years ago, and there could be a phase-out.

Granted, the teacher portion is the easier sell, because most sane people wouldn’t want to be a cop today—and let’s be realistic, you see pictures of some police forces on the streets, and with their body armor and big-ass artillery, you’d think another country had invaded America—so the salaries would have to be higher. It’s undoubtedly naïve on my part, but Biden and colleagues could divert a trillion here, a trillion there from the pork-laden bills on everything that’s green, green and greener, and use it for the immediate problem in the country today: a lack of confidence in both the police and educators. And, just to throw in another wrinkle: maybe the decriminalization of all drugs, or outright legalization, would reduce black market crime.

At the end of her column, Noonan muses, undoubtedly aware that her words won’t register with anyone in a position to act: “Some of our policing problem is connected to a problem that affects everything: They came from us. Our police come from modern America, that jittery, jacked-up, broken place. They don’t really come from health and stability but from families that are fractured and a culture that is crude and violent, from hypermedia and videogames, from a society that doesn’t cohere… All the cops, and the perps, they come from us. They need more from us, not less. And good cops need more respect, and gratitude.”

It’s presumptuous, but I believe Noonan—a smart, well-connected older lady who’s been in and out of the public sphere for decades—would agree with my idea of a modern Peace Corps. Tearing up the current fabric and rules of both the police and public schools, one year at a time, is really the only way forward.