In Search of the Free World

Its “leader” is a meaningless trope. 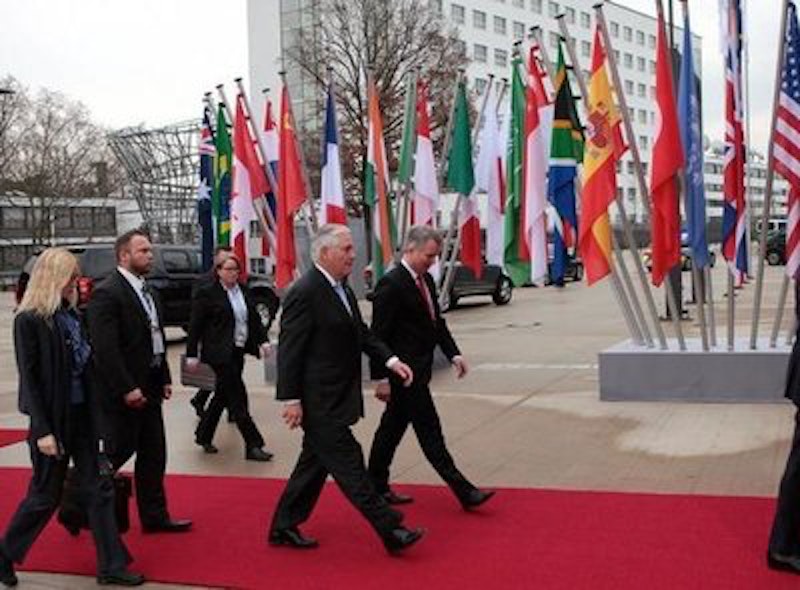 I remember the free world well. Our world was free when their world was enslaved by the evil murderous ideology of communism. Back then, the leader of the free world, whether it was Lyndon Johnson or Richard Nixon, liberated villages in the un-free world with generous dollops of napalm. Back then, we bestrode the free earth's economy like a colossus, annexing its resources and persons mercilessly for our wealth. Back then, whether a murderous dictator was a leader in the free world depended on whether he was aligned with the US in the Cold War. As we took this approach, we expressed glowing ideals in the most general possible terms.

Honestly, the free world should’ve expired as a propaganda trope in 1989, but things change, people die, and tropes just go right on. Lord knows what “free world” can possible mean or be, but on the other hand, what never existed at all cannot be destroyed. The free world is free eternally.

One thing is very remarkable about the “mainstream left”: it’s almost unbelievably nationalistic, more nationalistic than, say, Toby Keith. Of if you’re an op-ed columnist for The New York Times or Democratic senator, it’s self-evident that the United States should run the entire world. This is very surprising considering the other positions such people hold, but there it is. You're worried that America is losing its world leadership. You're worried that American children are lagging behind the students of Singapore on standardized tests.

You at once believe that the United States has embarked on a series of miserably destructive military adventures and that, for example, imprisons more of its own people than any country on earth, and that the president of the United States should take up his rightful place as the leader of the entire world. You hate the inequality inflicted by our neoliberal economy, and demand much, much more of the same. Like all Americans, really, you oscillate between the realities and the phraseology, regarding America as both an oppressive nightmare and as a shining city on a hill toward which all resources and power should flow.

I’ve no idea who the leader of the free world may be, or what that means, or why I should care. If there were a free world, and it had a leader, I'd be rather indifferent to whether that person is American. If the President of the Philippines or the President of Venezuela wants to be the Leader of the Free World, let's give him a crisp salute and just go right on about our business.

Perhaps you think that the United States has great power because of our ideals, our constitution, our inspiring commitment to human equality, our democratic values, and so on. I wish that were the case. I wish we’d lived according to ideals we have professed. I wish people and, in particular, governments, made decisions based on emulating inspiring values. But I fear not.

America's leadership in the world, slave or free, has to do with two things: the size of our economy and our military power. Whether we agree with Emmanuel Macron about climate change is neither here nor there. We can drone-strike your ass or level your city. We can buy and annex your government. We can employ your people by the millions to build our stuff. We can compromise your economy with a few swift sanctions or make your political leadership wealthy beyond imagining.

There’s no sign that Donald Trump is going to be any less effective than his predecessors in terms of being the leader of the actual world. Indeed, he promises a dramatic expansion of our military and a dramatic expansion of our economy. Obviously, whether he can get those things done—or much of anything, really—remains to be seen. But those are the actual grounds of America's leadership, and if you think that America really should be the leader and inspiration of the world, those are the sorts of programs you should support.

Either way, let Merkel run the free world and, in general, let everyone administer whatever fictional universes they please. Let Theresa May run Middle Earth, and Justin Trudeau rule Narnia with the iron fist of love. Meanwhile, worry about how Trump is actually going to expand and apply American power, and what the effects of that will be on Americans, and other people too.