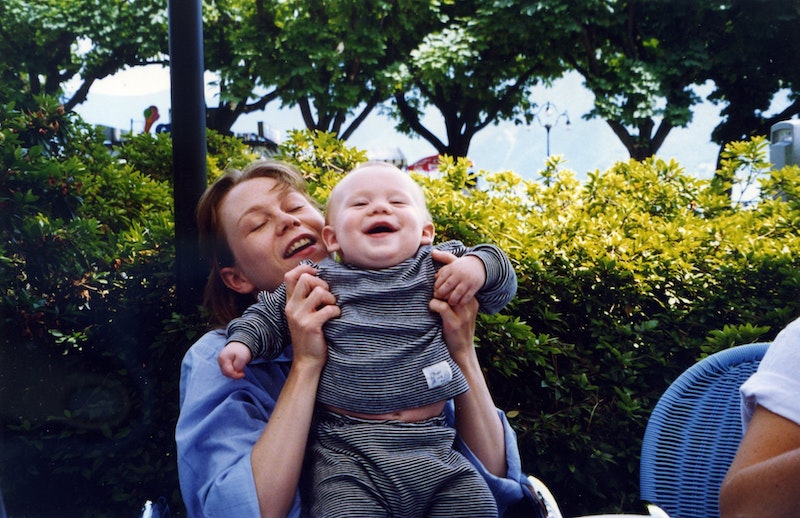 Perhaps I’m sheltered, but mid-level actress/activist Alyssa Milano has never been on my radar. I’ve heard the name, and one my kids said, “She’s one of those people on teen shows and shitty movies you never see.”

Nonetheless, on May 23, Milano posted a tweet that for some reason took me aback—early in the morning, late at night, distracted by monitoring a Red Sox game, who knows—when in reality it was status quo for a member of “The Movement,” an ineffective online anti-Trump community that makes people feel good (“Dotard Trump,” “Orange Hitler,” the standard “insults”) before they switch from Twitter to Amazon.

She wrote: “I don’t recognize my country anymore.” This particular cry of despair was occasioned by a tiny KKK rally in Ohio (as if that isn’t commonplace and protected by the First Amendment) but could just as easily have been about Trump misspelling the invisible candidate Joe Biden’s name, a broken fingernail or a cop arrested for corruption.

Sometimes a statement, allegedly political, sticks with you, and this was the case of the pampered and affluent actress. I suppose it could’ve been an equally inane comment from Seth Rogen, Rob Reiner, Franklin Graham, Bette Midler, Sean Hannity or Barbra Streisand, but Milano’s The One.

And, in fact, there’s some truth to what she said, although in a rather more benign context. The United States Postal System’s in the toilet here in Baltimore City—once again, had USPS been privatized 30 years ago, just like Amtrak, less problems would occur—and it’s now 50-50 whether a letter/bill you drop in one of few remaining mailboxes will reach its destination within a week. This screws up my accounting and that’s not the America I knew growing up. Last week, we didn’t receive mail for two consecutive days (talking about building a bridge to the holiday weekend), and then on Monday received a triple-load.

On the other hand, in the past generation the advances in medical technology is something I wouldn’t have recognized at 17; quadruple bypasses, laser surgery, early detection of breast and prostate cancer, all routine now, and that’s a marvel Americans can be thankful for.

I could point to the boarded-up houses and retail establishments that are a blemish on American cities today—the casualties of e-commerce and unscrupulous realtors. But that’s not new, just a different set of circumstances. Savings & Loan scandals, anyone? Has Newark ever recovered from the King riots in 1968? I haven’t been there for years, so maybe I’ll ask Cory Booker. East and West Baltimore definitely never recovered. Likewise, Texans might’ve echoed Milano’s statement in the late-1980s when the oil boom busted.

I don’t recognize the media anymore, either, but once again that’s merely a function of cultural evolution; as a longtime journalist it just stings more personally. Obviously, men and women who worked in manufacturing feel the same way, as do doctors who are leaving their practices because of penurious malpractice insurance costs, the result of an ever-litigious society.

But, ugly warts—always present—notwithstanding, I recognize this country. I see young men and women helping infirm pedestrians across the street or up the stairs; I recognize the value of long, and new, friendships that withstand the exaggerated political climate; I recognize the timeless banter about sports teams, exhilaration or despair, just made more immediate today because of texting and wide access to every game conceivable on TV, where once you were stuck with the hometown schedule on local TV; I recognize the still-mystical hours of Christmas Eve, when, despite advertising beginning in April, the vast proliferation of fake trees, the disappearance of Christmas cards, still suspends time, as if the world has stopped, and the hurly-burly of daily life, whether good or bad, is temporarily shelved.

I recognize the vast gulf between the military and the rest of us. That’s changed, too: as a kid, I remember Vietnam veterans (mostly drafted, poor fellows) treated like shit upon completing their tours, and some of them beating up or spitting on obnoxious, or not, protesters. Today, the phrase “Thank you for your service” is spoken in the same anodyne way as “Have a nice day.” I don’t really think anyone, aside from those in military families, ever, ever thinks about the all-volunteer armed soldiers, but at least the current one-off “thank you” is preferable to, “Fuck you, baby-killer!” It is odd how the military gets even the cursory and insincere adoration, while teachers, firefighters, traffic cops and paramedics, just a few examples, are given short shrift.

Milano’s shock, feigned or not, isn’t new. Some may remember Joni Mitchell’s 1970 song “Big Yellow Taxi,” which was similar. “They paved paradise/And put up a parking lot/With a pink hotel, a boutique/And a swinging hot spot/Don’t you always seem to go/That you don’t know what you’ve got/Till it’s gone/They paved paradise/And put up a parking lot.” In 1970, a large amount of older citizens didn’t recognize America anymore (The “Silent Majority”), until they did and fantasized about being a passenger on The Love Boat or getting some action with one of Charlie’s Angels.

I recognize America today, and by and large, it’s a more tolerant, prosperous and advanced country than when I was 17. Trump has flipped the script in Washington, but aside from his continuation, and exploitation, of the current anti-immigration cycle, he hasn’t “shredded the Constitution” or become a dictator. That’s reality.