The culinary website assuages its guilty conscience with faux concern for the unwashed masses. 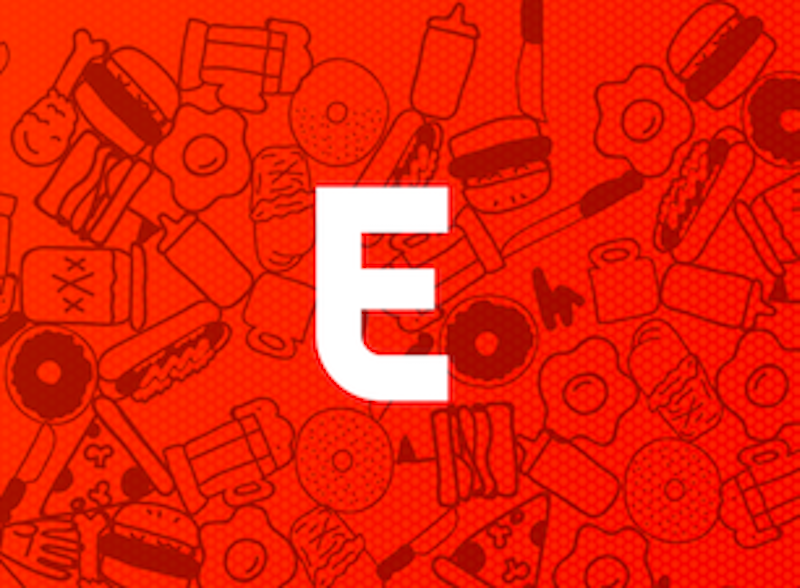 I recently came across an article on the Eater website about the Top 10 most difficult restaurant reservations in Tokyo, a First World problem if ever there was one. Another one offered "to help you eat your way through Hong Kong.” I also saw pieces on how Burger King mistreats its workers and a worker strike at McDonald's. The culinary publication boosts every sort of progressive cause, and stands in opposition to white privilege in all of its pernicious manifestations, but its stock in trade's running eating guides to jet-setter cities for privileged white foodies. Something's amiss.

Another irony’s that Eater's covering déclassé fast food joints like Burger King and McDonald's (not cool like In-N-Out) which neither its employees nor readers would admit to setting foot inside. I don't want to go to a foodie website and see coverage of such industrial-type restaurants any more than I want to pick up a glossy sports magazine and see an article about an up-and-coming team in an East Lansing bowling league, but intersectionality often makes for such odd bedfellows. Eater fans might be dismayed to learn about the poor working conditions and low pay of the cooks who prepare their food at places that list the farm of origin for every other menu ingredient item, so best to pretend the workplace problems are limited to burger flippers.

Although my interest in Eater's waning because of its extracurriculars, I still pay some attention to it because of my interest in the culinary world. I'll even read an article on "The ten essential new restaurants in LA," even though calling restaurants "essential" is obnoxious, and despite the fact that I'll never eat at them. It's vicarious—if I can't get the quality poke here in Richmond that they're serving at the hot new Japanese/Hawaiian fusion place in Silver Lake, I can at least fantasize about it from afar, like Emma Bovary dreaming away about the most unattainable forms of love and wealth. There's pure entertainment too, like coverage of the exciting new Hello Kitty Burger, with its pink cheese.

Eater's Twitter profile announces, "Eater.com is the source for people who care about dining and drinking in the world’s best food cities." More accurately, it's that source specifically for the segment of society that knows what TERF means, and understands as axiomatic that a white person from the Pacific Northwest can't take a trip down to Mexico, learn how to make tacos, and then return home and open up a taqueria.

The reason Eater doesn't explicitly advertise its politics is related to the philosophical principle known as conventionalism, which applies to a set of beliefs that are based on group consensus rather than reality. This means your own beliefs should be considered conventional wisdom.

Eater's part of the New York City-based Vox Media, which operates under this ethos. Spend a little time on the Vox website and you'll quickly suss out their approach: “explain” all issues via the progressive lens exclusively, as if there's no valid counterargument even worth mentioning. Vox tells its readers that they're too busy to piece together reality in a “world of too much information and too little context,” so they'll do the heavy intellectual lifting for them. It's the cerebral equivalent of the old advertising slogan, “Go Greyhound and Leave the Driving to Us.”

Eater will provide you with the same service. Last year, culinary celebrity Andrew Zimmern made some disparaging remarks about Chinese restaurants in America's heartland. He called them “horseshit” in a candid FastCompany interview, which is indelicate, but anyone familiar with that cuisine trying to find it in Council Bluffs knows what he's talking about—overcooked vegetables in dishes that all taste the same with sauces over-thickened with cornstarch.

Eater went straight to the intersectionality playbook to explain Zimmern's transgression. The former host of Bizarre Foods (Travel Channel ended up firing him) was discounting “the racist, exclusionary policies of the 19th and 20th centuries that would have shaped that cuisine,” and commenting on the “presupposed ignorance among Midwestern diners.” The naive TV host thought he could talk about crappy food without providing the correct historical perspective and still keep his job. When asked, “How does a white guy make a Chinese restaurant in Minneapolis that... doesn’t feel like it’s othering the culture?,” Zimmern responded by saying that Chinese restaurant chain P.F. Chang's owner, Philip Chiang, is a “rich, American kid on the inside, right?” This, according to Eater, “assumes knowledge of and erases Chiang’s experiences living as a person of color in America.”

It's as if Eater has a word generator it applies to offenses like cultural appropriation, white privilege, and oppression of marginalized communities that spits out a generic response peppered with jargon such as “erasure,” “punching down,” “lived experience,” etc. that most readers don’t even understand.

Nobody in the marginalized communities Eater's professing to champion is stressing over getting a reservation at that 10-seat sushi restaurant in a Ginza basement. They don't have white people's problems. Eater's playing a double game by catering to privileged Caucasians while at the same working hard to signal that such privilege calls for atonement. If they're so committed, why don't they focus on restaurants that wealthy white people don't have on their radar, like reasonably-priced community restaurants owned by POC? It's because readers don't want that as a main course. They prefer it as a condiment thrown in to remind them that they're special.