No one can be safely entrusted with power. 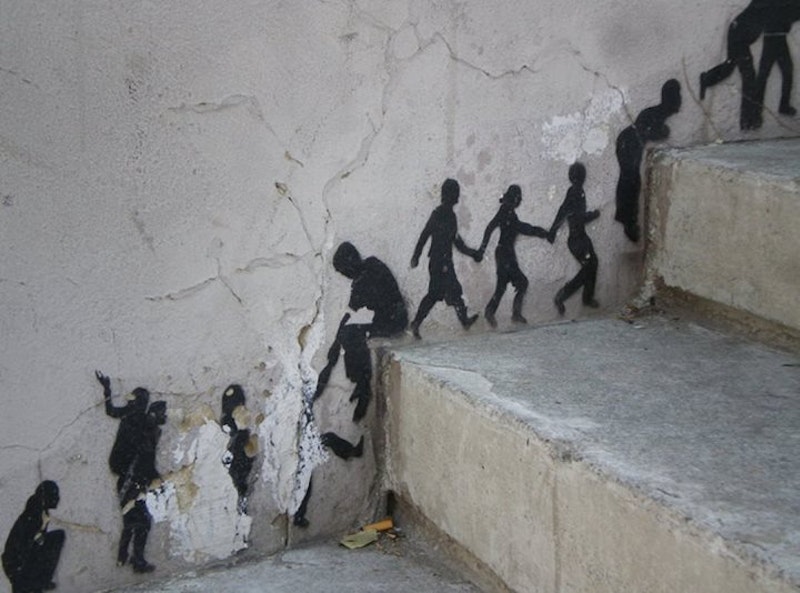 One lesson I’d draw from history is that people wildly overrate the human need for leadership, our capacity for it, and what it can possibly accomplish. They want it, until they get it. Perhaps the whole idea is rather unfortunate.

I’m not much of an optimist, particularly when it comes to politics. But a year or two ago, I thought some positive trends were developing. The partisan logjam, to some extent, appeared to be breaking up. Rand Paul went to Ferguson, for example. Bernie Sanders and Donald Trump were re-thinking the history and future of American manufacturing. A eurosceptical left and a eurosceptical right arose simultaneously in the UK and Europe. I thought both major American political parties might split, Republicans for and against Trump, Democrats into Clinton liberals and Sanders socialists. The party system did disintegrate in France. It seemed that people were finally finished trying to swallow the rhetorical gruel of American politics, as Sanders frankly called himself a socialist and Trump tweeted his gleeful transgressions of the technocrats' empty yip-yap.

For a couple of generations, world political leadership has been dominated by technocrats. In the US and in many European countries, democracy amounted to a selection between slightly different inflections of what the left calls “neo-liberalism.” The choice between, say, Blairite New Labour and David Cameron-style post-Toryism is a hard one in the sense that it can be difficult to make a selection between indistinguishable items. The Democrats and Republicans in the US and the Socialists and UMP in France similarly channeled all political options into one. Both parties represent “global financial interests,” talk up technological cures, purport to adore the military, effortlessly direct all the perquisites of privilege to people like themselves, and speak in a focus-grouped nonsense language originating in the Clinton administration. Whether they succeeded or failed with the economy, they themselves became ever larger.

There was no conceivable reason why politics had to be that constricted, that unimaginative, that self-serving and smug, and many grassroots movements and alternative models have emerged over the last decade on both right and left, from the Tea Party to Occupy to Black Lives Matter. There was energy, if nothing else, for making some sort of fundamental break with the current economic and rhetorical order.

However, as is often the case with wide-scale political engagement, a lot of that energy has been ingested by leaders who twist it to their own purposes, or just radically fail to be the people they present themselves as being. Nigel Farage, Marine Le Pen, and above all Trump have turned out, putting it mildly, not to be worth the energy that people put into their campaigns. Jeremy Corbyn in the UK offers to return Labour to its roots, but not to win an election or strike out in some new direction. Sanders and Elizabeth Warren merely endorsed Clinton.

The general lesson I'd draw, yet again this time around, is that human leadership of other humans is a snare and a delusion. One should assume, I propose, that leaders are no better or worse than the average person, no less likely to be self-deluded, or to make mistakes, or to be addicted or bent than—for example—you are yourself, whatever they may look like in public. Really let that register for a second. I think it's very unlikely that whomever comes next will be wiser or better or more effective or more sincere than average. Of course they might turn out considerably worse, and I do think Trump is an unalloyed disaster.

A lot of people invested their hopes and ideals with Trump, thinking they were voting for an American and even a personal renewal. Though Barack Obama has withdrawn into the glow of history with unprecedented rapidity, he was profoundly disappointing by the standard he set in 2008 as the very embodiment of hope. Trump, however, is something else again. The change-the-system moment, in which many people participated who rarely do, generated a leader with no regard for the truth, and too bogged down in problems of his own devising to pursue his policy goals.

Bad leadership by demagogues or cultists of their own personalities or corrupt mediocrities is a problem, of course, and you never can quite be sure who will turn out to be what. But the fundamental problem is that people want to be led, yearn to be told what to believe, and regard themselves or at any rate other people as in need of direction. I’d point out that people often follow their leaders into wars, genocides and self-destruction. Perhaps we could make do with a lot less leadership. There have been more than enough disasters and exposures to make us see that each of us can't really even lead ourselves, much less one another.

The view I'm putting forward might be termed “Augustinian”: I am myself depraved—or however we may formulate this—and each of us is. Some of us might be a bit better than others, but we can't know who, and we definitely can't know by watching them on television. Overall, we're pretty morally and intellectually similar. None of us can be safely entrusted with power.

Leadership conceived as the exercise of power requires and generates mystique or glamour, a view of the leader as something more or other than human. But the more you know, the more you see the mediocrity or the venality of leaders. At the moment, the mystique of leadership is breaking down everywhere, as information flows at flood stage, and we're following the internal communications of the Clinton campaign or the Trump White House almost in real time. But to say that the mystique of leadership won't bear up under scrutiny is just to say that it is a fiction, a myth, a superstition.

Show some pride. Show some guts. Stop looking for someone to tell you what to do. Alternately, keep looking for that charismatic, transcendent, more-than-human leader. And prepare to be a victim of the actual human onto whom you've projected your fantasies. Oh, and seek treatment for your masochism.

No Kennedy is going to save you; no Fidel; no Benito or Hugo; no Malcolm or Martin; no Lincoln or Kim; no Barack or Bill; no Iron Lady or Ayatollah; no Pope or Politburo. No messiah is coming, I tell you, no redeemer. There's no one who's really worthy, really good or smart enough, to tell me what to do or who I am. And I’m not worthy to tell them. It's just us down here, trying to muddle through. The point, I think, is to try to muddle through together.