There’s no universal fight for human rights and against tyranny. 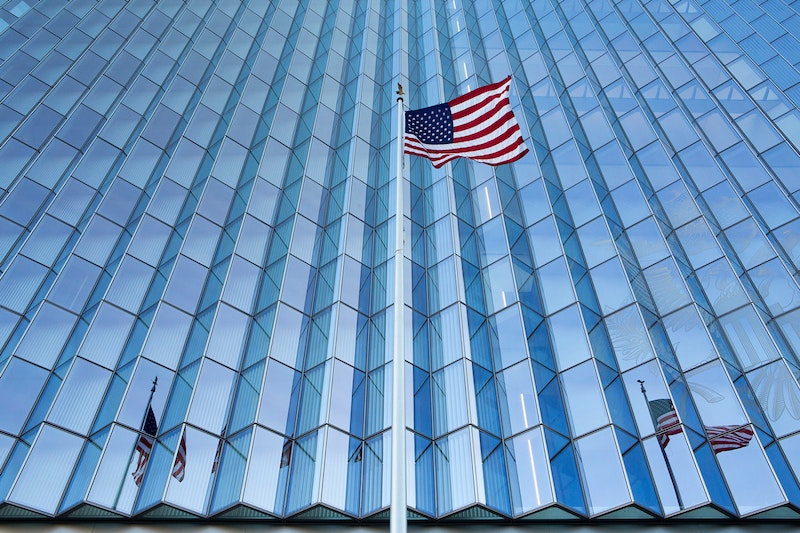 A recent Splice Today column by Trav Mamone posits that Western values, a concept about as popular as capitalism on the far Left, are of little significance. Mamone has “never understood why many liberals describe human rights and civil liberties as ‘Western values,’” but doesn't make it clear whether that's due lack of effort or curiosity, as there's plenty of evidence to support the claim. It’s essentially a faith-based argument, with the author preaching to the choir.

One of several justifications that people on the Left use to minimize the importance of Western values is that scoundrels like Steve Bannon and alt-right types love Western values. Bannon’s a bad guy, so all the things he loves must be awful too. Perhaps the concept of Western values, as Mamone writes, is “coded language for white supremacy,” because that's how one random, confused (he said that supremacy created freedom) person that the writer encountered on the Internet uses the term.

Cherry-picking quotes from ornery Pepe the Frog fans isn't a sound way to make a case. It's closer to demagoguery than making a reasoned argument. Perhaps some use it as code, but they don't get to co-opt the concept. The mixed-up alt-right interlocutor who got on the writer's nerves feels it would be a good idea to spread Western values around the globe, and he happens to be correct on that one particular point, even if he happens to be a racist Islamophobe or even devoted to Satan.

It's puzzling that a person who identifies as a “bisexual genderqueer atheist,” as Mamone does, wouldn't be more of a fan of Western values, given the approximately 5,000 gays and lesbians who’ve been executed in Iran since the 1979 revolution substituted a different set of values for Western ones, the Russian government’s openly anti-gay stance, and the rampant imprisonment of LGBT people in Egypt. That's the short list. Those who lose their faith in Islam and become atheists don't fare well in many nations without Western values either. For example, a Pew poll found that 86 percent of Egyptians favor the death penalty for leaving Islam.

Denigrators of Western values are programmed to point out all of the societal ills in the countries that espouse them. The U.S. once had slavery, and racism lived on after the Civil War. There's an alarming degree of violence against trans people in the U.S., where mass incarceration disproportionately victimizes black people. Mamone points out that Naziism and Stalinism, both of which ended over six decades ago, were European products that brought on tyranny. It's debatable that the U.S.S.R., where Stalinism was imposed, was a Western nation with Western values.

Western values don't immunize nations against everything that the worst instincts of humans can produce, but the concept of those values is normative, not descriptive. In other words, values espoused in the West such as free speech, equality before the law, gay rights, women's rights, human rights, separation of church and state, and the right to life, liberty, and the pursuit of happiness are all things to strive for rather than being descriptions of the present state of society. The fact that the U.S. once had slavery is a violation of the normative claim written by Thomas Jefferson in the Declaration of Independence that all men are created equal. Jefferson, himself a slave owner, was blind to his own hypocrisy.

As flawed as Jefferson was, who is his or Lincoln’s equivalent, or the equivalent of the other Western thinkers the writer cites—John Locke, Jean-Jacques Rousseau, Adam Smith—in the Islamic theocracies that he doesn't think could benefit from adopting Western values? In May of 2016 in Indonesia, which is considered the most moderate of Muslim-majority nations, the Christian governor of Jakarta was found guilty of blasphemy against Islam and sentenced to two years in prison because something innocent he said was misinterpreted. Free speech, the most fundamental of all Western values and a prerequisite for democracy, is not respected in Indonesia, nor elsewhere in most of the non-Western world.

Certainly in the Islamic theocracies Mamone mentions it's not widely understood that basic rights recognized in Western democracies are a human entitlement. There's no “universal fight for natural-born human rights against tyranny,” or hundreds of thousands of Russians would be in the streets now. The only thing that will get them there is if their refrigerators run too low on food, because Putin gives the Russian people things they value more than basic rights. There’s also no serious “fight against right-winged Christian theocracy in the United States,” as Mamone claims, because there's a constitution in place separating church and state, unlike in actual theocracies. Kim Davis, the Kentucky county clerk who thought she could act as if there's a theocracy and denied gay people marriage licenses, paid for her misconception with jail time.

Running down Western values often seems to come from a place of privilege—from people who enjoy their benefits without understanding why those benefits exist. You don't see people who’ve escaped tyranny and made it to the West, where their life is vastly improved, doing that. Unlike a standard armchair pundit, they've actually lived both with and without the protections and freedoms of Western values. They're the ones to listen to on this topic.