The Democrats’ new lioness will be discarded after the midterms, but don’t despair, she’ll make a fortune in 2023. 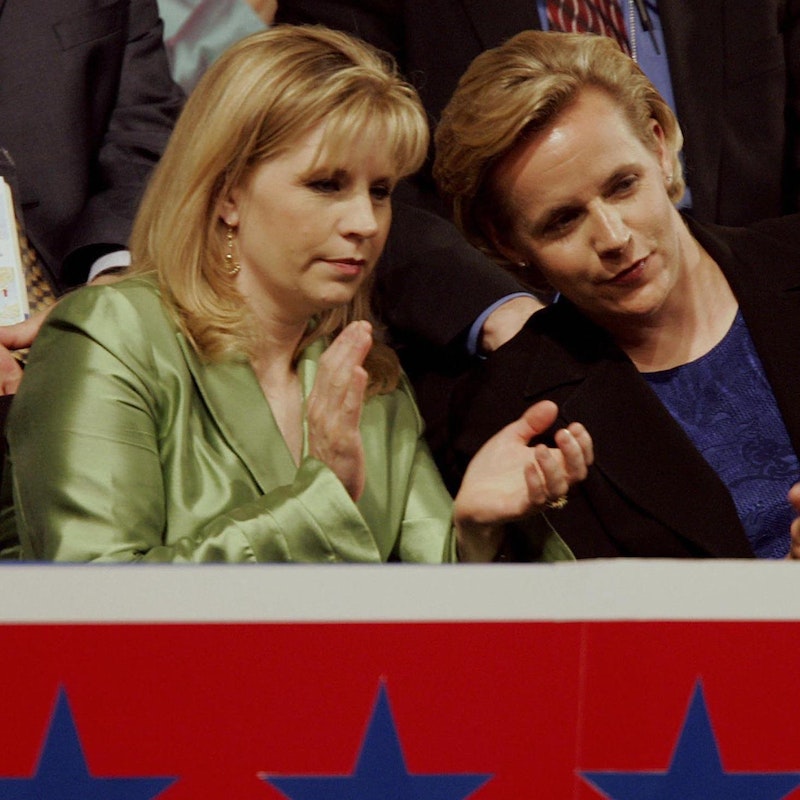 The perverted hagiography of Liz Cheney—perpetrated and perpetrated and perpetrated by the mainstream liberal media that needs to distract the electorate (until after the midterms) about a lousy economy, Covid backlash, real estate topsy-turvy and daily reminders of crime, often violent, in large cities, not to mention a stumblebum president whose staff claims he knew nothing about the Merrick Garland-helmed raid on Trump’s Mar-a-Lago playland—continues. Which is fairly incredible, given that the single “noble” service she’s performed in political life was amplifying her correct revulsion of Trump’s absurd denial of Biden’s victory in 2020 and then his part in the dumb January 6, 2021 “insurrection” at the Capitol (a political and cultural stain—not unlike the free-for-all drunken revelry at Andrew Jackson’s White House party after he was inaugurated on March 4th, 1829). Liz Cheney, elected as Wyoming’s sole member of the House of Representatives in 2016, was, as millions know, creamed last week in the GOP primary in that state, and is now, ferociously aided by Democrats, setting her sights on a far more glamorous career, whether that’s making $500,000 speeches for corporations and #NeverTrump think tanks, landing at CNN or MSNBC as a talk show host, plus the inevitable seven-figure book contract, a toast to herself masked as the treatise of a patriot that few will read.

She won’t, at least willingly (at some point she’ll be discarded by her current enablers, when they’re smitten by a more fresh GOP apostate; perhaps sooner than later give new predictions of a mini-blue wave), leave the scene. There’s not much that can be considered remarkable today—although the continuous chatter that Mayor Pete, who works half-time at his cabinet job, will be installed as the 2024 Democratic nominee by whatever organization pulls the strings nearly qualifies; talk about failing upwards! Though in fairness, Mayor Pete pulled off the gay card to perfection in running against Biden in 2020; how many people can name the municipality he governed? But the deification of Liz Cheney by liberals is weird, crazy and at the same time very of the moment. That Liz voted with Trump 93 percent of the time before the election; that she was steadfastly anti-abortion and, until recently, anti-gay marriage (never mind her sister!), who echoed her father Dick’s justification of torture and every phase of the Iraq War, is “compartmentalized” by the media, which becomes more “Clintonian” with each passing year, not even pretending to give the slightest fair shake to their political opposition.

(I’ve noted this before but it bears repeating when thinking about media bias. In 1964, The New York Times, then the country’s liberal newspaper, but not in the business of naked propaganda, endorsed incumbent Sen. Kenneth Keating over Bobby Kennedy for the New York Senate seat that the latter won, even though he had to grovel before LBJ, a man he despised, for last-minute help. This was just less than a year after JFK was assassinated—which destroyed Barry Goldwater’s long-shot hopes of becoming president—and that the Times chose Keating over the “carpetbagger” is an unfortunately long-forgotten example of what the Times once was. Today, as The Wall Street Journal points out, the Times is littered with anonymous sources: “Which documents? The [Times] report doesn’t say. But rest assured, they ‘included documents from the C.I.A., the National Security Agency and the F.B.I spanning a variety of topics of national security interest, a person briefed on the matter said.’ Ah, there’s our old friend, a person briefed on the matter. Nice to hear from you again, whoever you are.”)

As George Will, the Cubs fan/now-atheist who hates everything about Trump but still condemned Garland’s Florida confiscation of maybe, maybe not, Trump documents, might say, “Well.” That’s the gateway to the stupidest column I had the stomach to read about Liz Cheney, and it was from Frank Anthony Bruni, currently an endowed journalism professor at Duke University and an occasional columnist at the Times, after years at the paper reviewing restaurants (a pleasure to read) and writing what were once called “op-eds” twice a week (usually not pleasurable, although he excelled at describing his extended family and their acceptance of him when “he came out of the closet,” a now-quaint phrase, I know, but Frank Anthony is 57, so it’s era-appropriate).

Frank’s a Liz fan and if his blubbering words put him in the “useful idiot” gulag—not as conniving and skilled as the Soviet mouthpiece Walter Duranty—I suppose he’s reached an age where he blurts out anything that rattles around his head.

There are maggots galore in Bruni’s column. He writes: “Come January, she will no longer be Representative Cheney because she represents steadfast principle in an era with a devastating deficit of it. [Is Frank thinking of Gavin Newsom, Richard Blumenthal or Chuck Schumer here? Maybe not.] History will smile on her for that. It will remember the likes of McConnell and McCarthy for different, darker reasons. You tell me who’s the winner in this crowd.”

Obviously, the winner is Mitch McConnell, a lifelong political hack (job description for a politician) who’s made a fortune in office, but is nonetheless the most effective Majority/Minority Senate Leader in two generations. Like LBJ, his brutal machinations in the Senate have supporters and detractors, but even though he loathed (and still does) Trump, his impact on the judiciary and Congressional legislation will produce volumes of history, pro and con. Once Liz Cheney’s J6 run is completed, she’ll be a footnote, unlike her father.

Bruni was “sad and angry” about Liz Cheney’s cheering of the Supreme Court’s odd reversal—and who the fuck was the “leaker,” must be a Democrat or it would’ve been reported—of Roe v. Wade, but “grudgingly respected Cheney’ fidelity to her beliefs and readiness to alienate her newest fans.” Even more galling, at least if you believe Bruni has a sliver of intelligence left after those thousands of New York restaurant meals, was his applause of Cheney’s embarrassing invocation of Abraham Lincoln in her concession speech, noting that the 16th president lost Congressional races before capturing the White House. Does Cheney have a high opinion of herself? Wade through the muck of her self-righteousness and inevitable money-grubbing next year and think about that with a straight face.