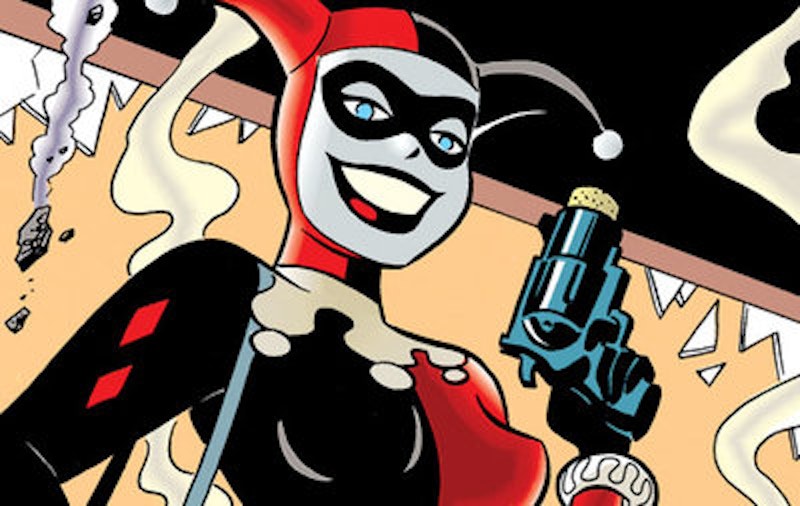 A professor once told a classroom that Bolsheviks really loved the word “Bolshevik.” If you wanted to go slow, you'd say, “We must proceed with Bolshevik sagacity and steadfastness.” If you wanted to go fast, you'd say, “We must assault the problem with Bolshevik alacrity and vigor.” If you didn't want either, you'd say something else, but “Bolshevik” would be in there. It was a word that people poured over things. “Feminist” is getting like that.

New York Magazine and their website Vulture.com provide an example. There's an article about Harley Quinn, a character who started on Batman: The Animated Series back in the 1990s and became a breakout character thanks largely to women. Then she was translated to comics and didn't do well. After that she showed up in video games and triumphed, but now she was a hussy. Back in the 90s she'd been a goofy girl who was covered head to toe in superhero tights. You could see her form, but not any skin, and she was hot without hotness really being an issue. Most superheroes and super-villains have hot bodies, and Harley Quinn did too. But it was something you could take for granted, as opposed to something you had to think about. This century's Harley Quinn goes in a different direction. She shows lots of skin, and her breasts are the usual size for a comic book superwoman, meaning DD or so. Whereas the first Harley Quinn was a proud but humanly proportioned B-cup.

Here is a 90s Quinn fanatic on the later, body-flaunting Quinn: “It's that classic idea of  'show us as much skin as possible because it'll bring in those teenage boys.'” Either of the two Quinn editions counts as decent work by its own lights. But one is more comfortable for boys and the other for girls. Many women love the old Harley Quinn, not so many love the new one, and they feel that some territory has been handed over and the wrong people are in charge.

But here's a wrinkle: the original Harley Quinn is a doormat. She longs for The Joker and he walks all over her, and she always crawls back to him. Maybe she wins some moments along the way, but her life is built around the big guy and he couldn't give a damn. Her love is like that of Honey for Uncle Duke, or Krazy Kat for Ignatz. The article mentions another couple: “The core outline became like a Punch and Judy show: cyclical, violent, and compellingly simple.” Of course, the thing about Honey, Krazy Kat and Judy is that all of them get walked on or beaten up or both. They exist to be trampled by the men they love.

“Feminism is about showing women as fully fleshed out human beings, and that's what Harley is,” a fan says. “She doesn't make choices that are smart or good for a woman, but she gets to make those choices. Men are allowed to be fuck-ups in all kinds of characters, and women aren't.” Feminist sagacity has turned to feminist alacrity, or something. The fan's definition of “feminism” seems to be “anything thing that involves women and that we like.” Another fan's definition of “misogyny” seems to be “a thing that involves women and that we dislike.” This fan speaks: “I don’t want to be condescended to with strong, independent female characters who don’t have any flaws and are just kinda perfect and sane and never make bad relationship choices. For me, the freedom Harley’s been given to be a fuck-up is much less misogynist than all these other hackneyed stories thrust on female characters again and again.”

Making a clumsy, rote, dull-witted attempt at presenting admirable women is not misogyny. And War and Peace is not feminist, although it has some great scenes about women. The old Harley Quinn appeals to a lot of women who are feminists, I suppose. That doesn't make her feminist. She may be perfectly worthwhile, and particular women may see in her some potent reasons for feeling better about themselves—that's how it goes with most pop characters that grab an audience. But the doormat is not feminist, even if she gets to mouth off and bounce around the room. Doormats aren't equal to the users of doormats.

The article keeps a straight face regarding this deception. Many of its 4000 words are devoted to talking up the old Quinn's enlightened worthiness. I think that's too bad. There's so much linguistic slopping around on the Internet, and now “feminism” has become a word that's poured.