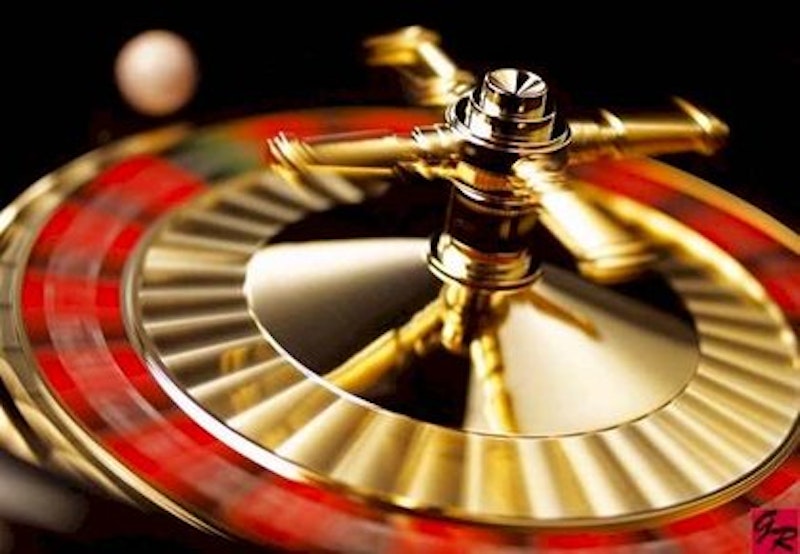 During his years as mayor and early on as governor, Martin O’Malley (D) seemed indifferent if not downright dismissive of casino gambling, especially in Baltimore’s Inner Harbor. Only recently he told The Washington Post that gambling is “a piss poor way” to finance government. And now, suddenly, he’s going full bore for the whole package—a sixth casino, table games and a commission to set (and presumably lower) the tax rate that owners pay.

So just what is going on? Right up front, let’s take O’Malley at his word. Slots fatigue is beginning to set in, as is often the case with issues that linger for nearly a decade, this one mainly because of the high-rolling antics of the General Assembly’s leading croupier, Senate President Thomas V. Mike Miller (D-Calvert). Expanded gambling was not even an issue until Miller made it one. It is the whim and the will of one man—Miller—that have brought state government to a standstill over a single issue that has personal gratification, in whatever form, but no relevance to the governance of Maryland.

O’Malley’s bored with gambling. (Or is there another motive?) So, apparently, is the legislature weary of the issue. Nearly everyone in the State House, except Republicans, of course, is willing to extract a price to get the deal done to satisfy the building trades unions and appease Miller. And there is, too, the primal scream impulse of O’Malley to preserve his status as an effective and accommodating governor as well as a rising star within the Democratic party.

Truth be told, no one will ever know the real cost of greasing the way for the expansion of gambling in Maryland so far as obtaining votes, satisfying the great maw of local governments and attending to the care and feeding of individual lawmakers with grants, patronage and other favors and gee-gaws in the governor’s grab-bag of taxpayer-funded giveaways and rewards.

Remember, too, that two of the counties involved in the tug-of-money, Anne Arundel and Prince George’s, have property tax caps, a benefit to local homeowners that the rest of the state helps to fund and gambling helps to underwrite. Mayor Stephanie Rawlings-Blake has promised that Baltimore will get the same treatment to help reduce its property tax rate.

But wait just a minute! Expanding gambling in Maryland involves millions, even billions, of dollars to its entrepreneurs which means that the fundraising base both nationally and locally will expand proportionally. So add O’Malley’s future ambitions, whatever they are, to the equation. The money pot expands even greater with the creation of an independent commission to determine casino tax rates that are beholden to no one but the governor and, perhaps, Miller. And make no mistake, that prospect is fraught with possible future embarrassment for the state. O’Malley has already raised millions for the Democratic Governors’ Association from local and national business organizations and the spread is about to get bigger.

The issue of expanded gambling has as many layers as an artichoke. To advance the complex gambling issue to the November ballot for a decision by the voters, the legislature must act before August 20, the deadline for the State Board of Elections to certify the ballot. O’Malley has met with all of the ministers of influence to build pressure and round up votes as a prelude to calling a special session with, he hopes, an anti-climactic conclusion. Even the House, which has been resistant to expanded gambling as well as Miller’s bullying tactics, appears ready to give in to the craven temptation.

In the dance of legislation, O’Malley is trapped somewhere between root canal surgery and a migraine headache. O’Malley’s most ardent supporters, financial and otherwise, include the building trades unions. They’ve been sponsoring TV and radio ads promoting a sixth casino at National Harbor, on the Maryland banks of the Potomac River, as a job creator and revenue raiser. And they’ve been conducting telephone surveys of legislators to determine a preliminary vote-count, a blunt-trauma form of pressure that can also carry with it financial and ballot reprisals at campaign time.

Another group, the Prince George’s County Contractors and Business Association, which appears to be a cohort of minority business enterprises, is sponsoring competing ads suggesting that there is an unsavory aspect in the rush to build another casino. The ad even goes so far as to imply a link between the casino component of the proposed ownership consortium and organized crime.

In a news release posted on the PR Newswire, the PeeGee group also attached the audio script from the commercial without naming the casino operator in the deal: It read, in part: “Why did the company which would run the casino forfeit its New Jersey license rather than give up ties to organized crime?” It also asks legislators to oppose a special session” because “Why are casino interests rushing a deal... without giving us the facts?” Based on the news release and other stories and interviews, it is clear that the group wants a piece of the action moreso than to block the new casino.

National Harbor’s developer is the Milton Peterson Companies, of Fairfax, VA, which has entered into an agreement with MGM Resorts International to operate the casino component of the 350-acre convention and resort complex, according to another news release.

The other end of O’Malley’s problem is, pure and simple, Miller. Miller is also a favorite of the building trades unions. They have contributed heavily to his campaign funds as well as to his allies in the Senate. And it is here that the Miller factor intersects with the House of Delegates as well.

Miller is powerful as well as ham-fisted. What gives O’Malley and House leaders the jitters is Miller’s ability, with his total control of a 24-vote majority in the Senate, to bottle up key O’Malley Administration and House bills in Senate committees and on the Senate floor unless he gets his way. Recall that earlier this year he blocked the state budget on the final night of the regular session in a display of gamesmanship to advance the PeeGee casino legislation. At least 10 of the top lobbyists working the casino issue in the State House are former Senate aides to Miller.

O’Malley must be haunted by the burlesque conclusion of the regular session which left him looking ineffectual and as if he had taken his eye of the ball. Worse, he appeared to be devoting more time to his national obligations as chairman of the Democratic Governors’ Association than he was to the necessary maintenance of the legislature. His pressure for a special session and disposal of the gambling issue just might have the side effect of repairing the smudge on his governance and to restore his image as the eminence in charge.

Numbers and estimates vary on the benefits of adding a sixth casino franchise when only three of five of those authorized are up and running in Maryland. The building trades say the project will create 5000 new jobs. The Peterson Companies contend that the National Harbor location, which straddles two states, would generate $347 million in new revenue annually. The state puts its net revenue from the casino at $223 million. Both are probably off the mark if earlier projections from existing casinos are an accurate measure.

But Baltimore developer David Cordish, owner of Maryland Live!, in Anne Arundel County, is steadfastly against adding a sixth gambling location. He argues that National Harbor would siphon so many gamblers away from his casino that it would cause severe revenue losses to the state. Cordish has said that a study his company  authorized shows that 47 percent of the gamblers at his facility come from Prince George’s and Montgomery Counties as well as Virginia, suggesting that he would lose half of his customers if a casino is built at National Harbor.

Further squeezing Maryland Live! is the Baltimore franchise which is expected to be awarded to Caesar’s Entertainment by the end of this month, placing Cordish’s emporium smack in the middle of the two. Maryland Live! will eventually have 4700 electronic gambling machines—it is no longer accurate to refer to the devices as slots—about the same number Peterson would install at National Harbor.

But Miller is insistent. “It’s so simple,” Miller was quoted as saying. “It’s only a few words in the Constitution and it is a done deal.” The scent of money is also a done deal.