It makes no sense to give Democrats an explosive issue in the fall. 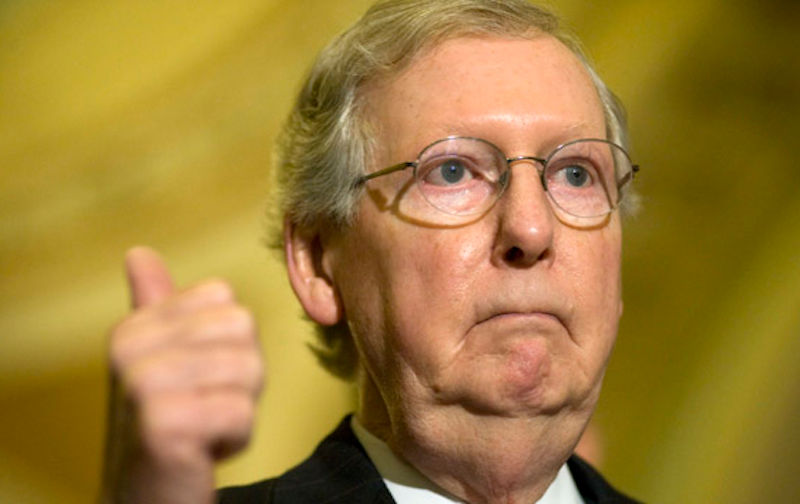 I can’t remember the last time I agreed, at least partially, with a New York Times op-ed by the crank Paul Krugman, but the opening of his column on Monday—before veering into his usual vitriol of all Republicans—about the battle between President Obama and GOP senators on the replacement of Antonin Scalia made some sense. I also believe that Senate Majority Leader Mitch McConnell, a hack who makes weasels appear principled, is wrong to proclaim that Obama’s SCOTUS nomination shouldn’t even get a hearing.

It was mere coincidence that Scalia’s death occurred in the relatively early stages of a presidential election. As Krugman writes: “In principle, losing a justice should cause at most a mild disturbance in the national scene. After all, the court is supposed to be above politics. So when a vacancy appears, the president should simply nominate, and the Senate approve, someone highly qualified and respected by all.” Krugman’s fact-checkers were asleep allowing his mistake of saying Ronald Reagan appointed Justice Anthony Kennedy in his “last year in office”—actually, that happened in ‘87—but I find no problem with letting the process of choosing a new justice proceed.

Krugman then returns to his semi-weekly hysteria about how Republicans are bringing the country to brink of catastrophe (the column is hyperbolically headlined “How America Was Lost”), but let’s ignore that and think about Obama’s decision. As an anti-regulation, small-government conservative, I approach this question from a different point of view than Krugman and his fellow sanctimonious noblesse oblige left-wingers in the media. Regardless of the topsy-turvy primaries, in both parties, I’d prefer a Republican to either Bernie Sanders or Hillary Clinton as the next president. So McConnell’s declaration—echoed by GOP candidates fighting for base votes in the primaries, as well as the conservative media, including The Wall Street Journal—strikes me as a strategic blunder. Why give Clinton or Sanders more ammunition in the fall? It’s far smarter to encourage Obama to make his nomination and then let the Senate vote up or down. It’s likely the Senate will reject any nomination, but if hearings are held, it at least partially defuses the issue.

Obama, who’s almost as narcissistic as Bill Clinton, sees this opportunity as a legacy-builder, and he has three avenues to consider on the issue. If he wants to escalate the “polarization” between the two parties, he’d nominate a liberal candidate, knowing he or she would be rejected soundly, and then make that an issue in the election. He could also tap a moderate jurist, someone who’d cause the Senate to hold substantive hearings. But that doesn’t appear likely: he wouldn’t want a David Souter-like backfire on his record. The third option is the most devious: pick someone like former Sen. John Kerry (who’d gladly abandon his insubstantial tenure as Secretary of State for the lifetime position) and hope that what remains of Senate collegiality would carry the day. I find it difficult to believe that, for example, Sens. John McCain and Lindsey Graham would turn their backs on Kerry.

The idea, promoted by a Journal editorial, that confirmation hearings would result in “the worst of America’s rancorous political divisions,” especially by a president “who has so willfully abused his executive power to rewrite statues” appears disingenuous. The Journal, like myself, would prefer a Supreme Court that leans conservative, which is fine. But giving the Democrats and its media enablers such an explosive issue to exploit in the fall could—potentially, since most Americans can’t name more than a couple of current Justices—tilt a competitive election to Clinton or Sanders. And with several more potential vacancies on the Court, who needs that?