Trump Kind of Gets It Right About the Iraq War

Lacking in nuance, but not bad. 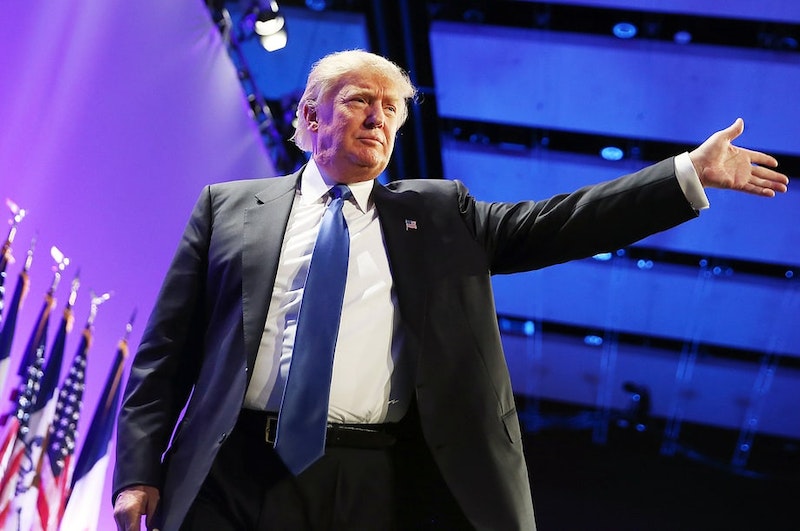 For the record, this liberal Democrat thinks Trump is too extreme on the “Bush lied, people died” interpretation of the Iraq War. I don’t think George W. Bush and his team knew that there were no WMDs. I remember Donald Rumsfeld, pre-invasion, being interviewed on TV and confidently outlining how the weapons were kept here, here and here, with place names. That’s just asking for it if you know the weapons aren’t there, there and there.

“I thought they were going to plant something,” said a baffled left-wing friend when Bush’s people finally discovered the non-presence of the super-weapons. He couldn’t get the thought that the Bush team hadn’t been conspiring, just bluffing. (Last heard from, the poor dope had gone full Truther and was very authoritative about jet fuel and the rest.) My reading of the liberal blogs back then gave me the distinct impression that Bush’s people fabricated specific points of their case, but that the boys did this because they figured everything would pan out once the troops got to Iraq and looked around. For such a crew of hard-bitten old hands, the Bush team had the amateur’s love for intuitive leaps. They knew the answers and therefore didn’t have to do the math. (How could the U.S. tell if a terrorist nation had gone straight? “I think we will know it when we see countries out of the business of sponsoring terrorism,” said Paul Wolfowitz.)

Trump doesn’t look for answers that are 60 percent this and 40 percent that, so he says straight out that the perpetrators knew their case for war was a crock. This raises the question of why they fought the war. What were they after? I always thought they wanted to knock over governments until the Middle East had been pacified (or democratized, as they put it). This would be the big first step toward a world of peace and stability where giant corporations of any national background could make money without governments nationalizing crap and without terrorists blowing people up. The Bush team just needed a country to start with, and Saddam’s bristling bad boy was a natural candidate. Then the bristles turned out to be imaginary, as did the pacification. Instead of a democratic, or docile, Middle East, Bush’s team produced the continuing disaster along the Tigris-Euphrates.

But that’s a 60-40 view: kind of a new and more solid structure for peace, kind of a global hegemony that’s bigger and more empire-like than the hegemony we’ve got now. Trump doesn’t play that ambiguous stuff. Ask him why Bush invaded, and I bet Trump would say something with “oil” in it. Maybe Halliburton would get in there too, the first syllable pronounced in the explosive, indignant manner that Trump brings to “China.” He’d say, “I’m telling you, those contracts went to HAAAL-uh-burton.”

Somebody, please ask the Republican frontrunner why Bush did it. I want to hear him talk like a college boy with banana hair in 2003. I want to see how far the party has fallen.

He’s beatable? Apparently South Carolina is one of the few states where a whole lot of people still like George W. Bush. Hopeful Republicans of the old guard think this may cost Trump in the state’s primary, given that he spent part of the debate laying into Bush’s war and Bush’s regrettably incomplete defense against terrorist attacks. Let them hope. To lift their spirits further, they can look at William Kristol’s brief but trenchant essay “He’s Beatable.”

The “He” is Trump, and Kristol is editor of The Weekly Standard, a magazine that is favorite reading of the very impressive and savvy people who make up the Republican establishment. At no point does the essay identify a Trump weakness or a strategy that might defeat him or a piece of evidence indicating that voters might turn against him. The piece does say the other Republican candidates are not perfect, and that the Republicans’ method of choosing a nominee isn’t perfect either, and that Trump is very, very bad. All this adds up to “He’s Beatable” because the Republican establishment is good at critical thinking and clear-headed appraisal of evidence. If you don’t believe me, look at Iraq.