When the Party’s Over

Get ready for postmortems on Elizabeth Warren’s campaign. 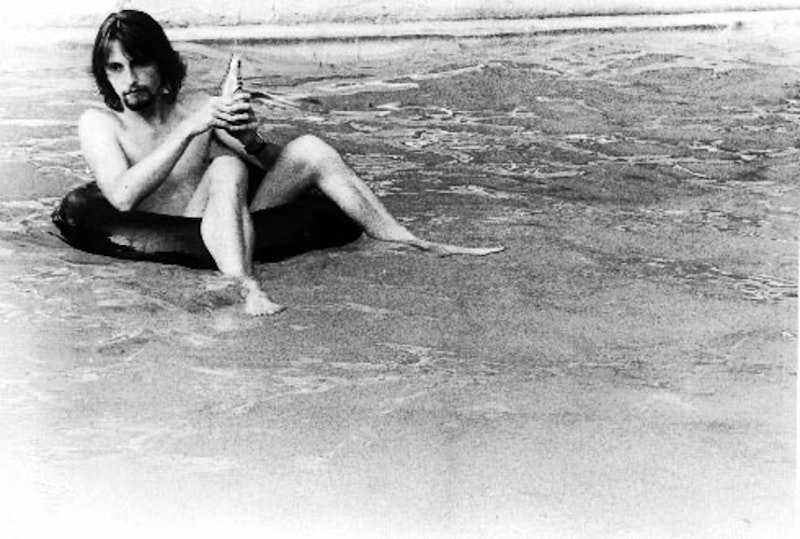 Sometimes, big parties—whether personal or a company’s—just don’t work out, or they fizzle before expected peak time. Decades ago, Baltimore’s City Paper, which I owned with Alan Hirsch, threw magnificently diverse parties, whether at Christmas at our office or in the fall at a hotel for our “Best of Baltimore” issue. Before we were on a solid financial trajectory, Alan and I would joke that we were better at hosting parties than making a dent in Baltimore’s then-more robust media market.

For example, in the summer of 1979 we threw a well-planned celebration (I can’t recall the reason since we had no money; so it was probably a promotion tie-in) in Baltimore County at a New Age/hippie enclave, the name of which escapes me and several other former staffers I contacted. Not that it matters, since much of that era’s cultural ethos is now underwater in Puff’s Honali. It was on a Saturday, and I remember that Phyllis Orrick and I were charged with buying pounds upon pounds of chicken at the Cross Street Market in South Baltimore, an onerous (and stinky) task that represented the short end of the straw to our thinking, though Alan, Joachim Blunck (known as JB), Jennifer Bishop and many others would probably make the same claim. In any case, the party was set to start at two p.m., and we took turns barbequing chicken and hot dogs, chilling bottles of beer and random bags of Utz chips. Set up and ready to roll.

The only problem was that almost nobody came—meaning maybe 100 people in and out, instead of the 400 we expected—and it was dumbfounding. Around 3:30 someone figured out that the location was just too damn hard to find, so scrawled posters were set up at various points—“City Paper party this way!!!!—but by that point the juice was gone, and it was mostly staffers eating and drinking in a dark mood. (Pictured above is JB floating in a muddy pool; at least he was stoned.) Some remember, if foggily, that a fiddler or mandolin player who sat in with the Grateful Dead was there (courtesy of Peter Koper), but I don’t think that sugar magnolia reminiscence was the case. But you never know: the party was so weird that it’s possible the Dork Brothers and Paul Weller made cameos.

We had a load of food leftover, and while I’d like to say we donated it to a homeless shelter, in all honesty I doubt that was the case. It was trash bag after trash bag: who knows, maybe we put all the garbage in proper recycling bins, but probably not.

That’s a long digression, I’ll admit, but I was reminded of it during the last week as Elizabeth Warren, despite gaining the (mostly meaningless and incredibly chickenshit) half-endorsement of The New York Times and full-on nod from the Des Moines Register, appears to be suffering a similar predicament. I’d imagine that next Monday’s Iowa caucuses will yield a few surprises that polling doesn’t pick up—a strong second- or third-place finish by Sen. Amy Klobuchar for example—but Warren’s party in at least Iowa has more leavers than remainers.

Her crowds have thinned, money’s drying up, the polls are in the gutter and she has to be thinking, “Why the fuck wasn’t this caucus held in December! All those asinine selfies for nothing!” Meanwhile, her arch-rival, for now, Bernie Sanders can do no wrong with potential voters, which has led to severe heartburn for the crooked Democratic National Committee (no bias, the RNC’s crooked too), and #NeverTrumpers—who might morph into #NeverSanders—and the mainstream media that would prefer a centrist like Joe Biden, Mike Bloomberg or Klobuchar. (Though I’ll repeat my insistence that most of the media, hungry for clicks, are rooting for a Trump victory.

(My sons and I are making a bet on the Iowa results, and though my picks might change by the Sunday deadline, right now I’m leaning to Klobuchar for a surprisingly strong second-place finish. Is a wager on the fate of The World’s Greatest Democracy frivolous? Perhaps, but as Richard Nixon might’ve said, Now More Than Ever, since the sporting element of politics has exponentially increased in the past five years. Besides, when a moron like The Washington Post’s Jennifer Rubin (a #NeverTrumper) gets wet over the impeachment hearings, there are no boundaries. I’m not joking: On January 24, Rubin tweeted: “Thank God I was alive to hear [House Manager] Adam Schiff these past few days.” Rep. Schiff ramped up the rhetoric about the Constitution, integrity and other standard clichés, which were met with rapturous applause from anti-Trump Resistance in-the-Internet-trenches people like Rubin. Schiff put on a good show, as smart politicians do: but let’s be clear, this wasn’t Lincoln, FDR or Reagan. It was a California Representative who wants to move up to the Senate and is making the most of his moment.)

Back to the forlorn Warren: In its endorsement last weekend, The Register (once powerful in the caucus process, but less so now, like all newspapers) took pains to say that “each of the remaining candidates would be more inclusive and thoughtful than [Trump],” although Sanders, who shares many of Warren’s “progressive” policies, merited a single sentence. Up front in the editorial, in a demonstration that their preferred candidate is losing ground, the paper said: “The senior U.S. Senator from Massachusetts is not the radical some perceive her to be. She was a registered Republican until 1996. She is a capitalist. “I love what markets can do,” she said. “They are what makes us rich. They are what create opportunity.”

I’ve no idea which candidate the schizophrenic Washington Post prefers, but in a long feature on Warren earlier this week, amidst blather about her organization, methodical canvassing and intimacy with potential Iowa voters, reporters Annie Linskey and Holly Bailey wrote: “Yet since surging several months ago, Warren is fading somewhat [understatement] in the polls at an inopportune moment, nationally and in Iowa. The most passionately liberal Democrats appear [appear?] to be rallying around Sen. Bernie Sanders, while those favoring a safer, more centrist choice are gravitating toward former vice president Joe Biden… Warren officials appear to be lowering expectations for Iowa. Campaign manager Roger Lau issued a memo Friday warning against ‘breathless media narratives’ emerging from the caucuses.”

“Breathless” they will be, and though Iowa isn’t exactly a bellwether contest, if Warren places a poor third or fourth, her prospects in New Hampshire will be dismal.

Meanwhile, almost every Democratic shill is pointing a gun at Bernie Sanders’ forehead. The laughable Jonathan Chait, somehow still employed at New York magazine, a pundit best known for shilly-shallying, equivocating and generally misreading politics, wrote a hit piece on the Vermont Senator this week, headlined, “Running Bernie Sanders Against Trump Would Be an Act of Insanity.” Chait acknowledges that gosh, you just never know in politics, but nonetheless: “The totality of evidence suggests Sanders is an extremely, perhaps uniquely, risky nominee. His vulnerabilities are enormous and untested. No party nomination, with the possible exception of Barry Goldwater in 1964, has put forth a presidential nominee with the level of downside risk exposure as a Sanders-led ticket would bring. To nominate Sanders would be insane.”

Could be, but nominating Biden or Warren could be considered “insane.” Also, Chait’s comparison to Goldwater is faulty: in 1964, a year after JFK’s assassination, the ghost of Thomas Jefferson (pre-cancellation) couldn’t beat LBJ. Also, let’s remember how gleeful the Democrats were in 1980 when Ronald Reagan won the GOP nomination to face the hapless incumbent Jimmy Carter. Chait wasn’t around then as a pundit, but his feckless predecessors had a ball calling Reagan “unelectable.”

And then it was Morning in America.