Lots of fulminating in media, but no mass protests. 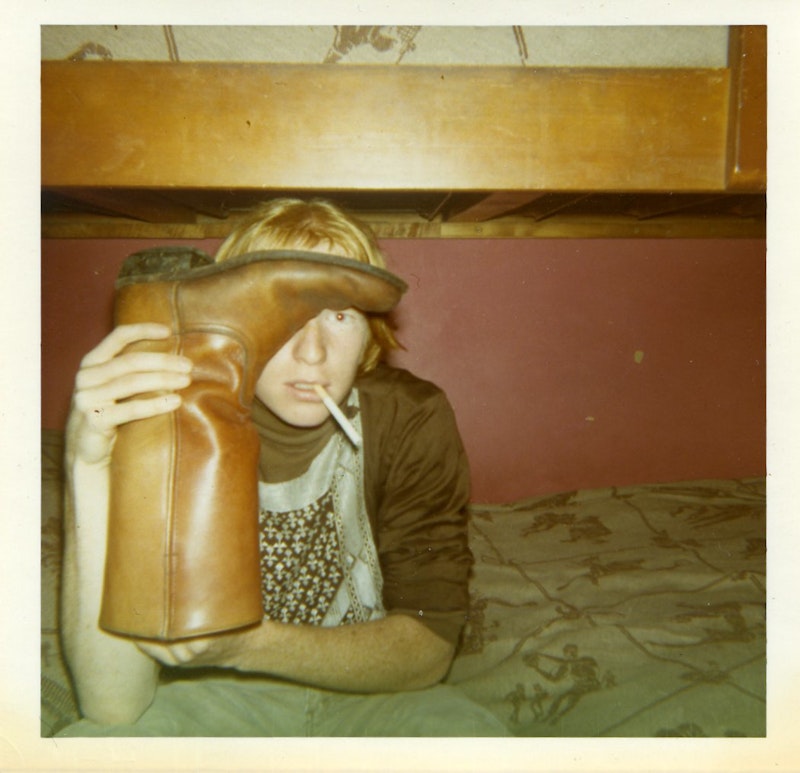 I make a conscious effort, when discussing the past with my kids, to avoid the fingernails-on-chalkboard exclamation, “You had to be there!” Yet, last week, while gabbing with my 21-year-old son Nicky about rock ‘n’ roll, my enthusiasm in describing the nearly simultaneous release of the Rolling Stones’ Beggars Banquet and The Beatles’ “White Album” at the end of 1968, got the better of me, leading to a linguistic lapse. Unavoidable, really, especially as one topic led to another, and I ticked off all the political and cultural events of that still-surreal year—Gene McCarthy upending LBJ; the assassinations of Martin Luther King (and the riots that followed) and Bobby Kennedy; watching on TV Sen. Abe Ribicoff skewer Mayor Richard Daley, talking about the “Gestapo tactics” at Democratic Convention in Chicago; student occupation of buildings at Columbia University and mass anti-Vietnam rallies; pot and LSD sneaking into the mainstream; underground newspapers and the excitement of picking up each biweekly copy of the one-year-old Rolling Stone; and the bitter divide between the “Silent Majority” and “Pepsi Generation.”

After 20 minutes, I escaped from the trance and we both went back to work. But just a day later, watching the interminable Her with the family, my mind wandered, and I thought about the most discussed political theme of the past few years—at least among “progressives”—the issue of “economic inequality.” I suppose that encapsulation of what’s perceived as America’s most pressing crisis became popular during the fleeting Occupy Wall Street movement that fizzled after a frenetic three or four months, and is now a staple of President Obama’s boilerplate speeches when he’s talking to the “folks” outside of Washington. (One of OWS’s biggest, and self-imposed, failures was its grandiose egalitarian composition: had recognizable leaders emerged, they’d probably be running for office in the upcoming midterm elections, and a few would win.)

Setting aside my own political views, I’ve engaged in rhetorical exercises with Nicky—a Millennial who’s as left-wing as Elizabeth Warren—asking him why, if the inequality is so overwhelming, haven’t the “99 percent” organized mass protests in Washington, 500,000 strong, where the politicians couldn’t ignore them? It’s not unrelated to Her, really; where the population, even on the pedestrian-packed streets of Manhattan or the malls in Los Angeles, is stuck in a self-imposed state of smartphone/tablet/social media isolation. It’s a lot easier to make bold pronouncements on personal blogs or in comments about Talking Point Memos articles than going to the trouble of showing up in person, rain or shine, and interacting with like-minded citizens.

Do you think any of the Brooklyn-dwelling characters in Lena Dunham’s excellent Girls would take time off from kvetching about missed texts or lousy cappuccinos to take part in a D.C. rally against economic inequality? I don’t either. Ditto for the striving, witty young professionals (also living in Brooklyn, with smug self-satisfaction) in Adelle Waldman’s dreadful 2013 novel The Love Affairs of Nathaniel P. Expending energy on a cause that doesn’t immediately benefit them, either economically or career-wise, isn’t worth the time.

The massive participation in the anti-Vietnam protests of the 60s was, in large part, self-serving: students (joined by older liberals) didn’t want to be drafted and have their lives disrupted for no discernible purpose. And, in truth, the demonstrations were a lot of fun. The Civil Rights movement, earlier in the decade, was more altruistic, but shared the same sense of community. For better or worse, charismatic men and women emerged from both political uprisings, and a lot was accomplished. You can argue about the high unemployment numbers of young black men today, the deplorable state of union-hampered urban public schools, but the country is far better off than in 1960 when it comes to equal opportunities and acceptance of an increasingly non-white America. As for Vietnam, Nixon ended the draft, and not coincidentally, the protests dwindled.

I’m no fan of the repetitive New York Times op-ed columnist Paul Krugman—we get the message, Prof. Krugman, all Republicans are evil thugs—but if you’re so inclined, he lays out the particulars of “inequality” with more force than others of his ilk. Too bad—at least for him—that he’s largely writing in a vacuum; yes, Obama reads him (or gets bullet points from a flunky), as does the political/economic elite, but the necessary foot soldiers for a successful movement don’t. Well, at least 99 percent of them.

In a column from last December, Krugman is despondent that “inequality,” despite outliers like Bill de Blasio’s mayoral victory in New York City, is gaining little traction for what he believes is the defining issue of our time. He writes: “The best argument for putting inequality on the back burner is the depressed state of the economy. Isn’t it more important to restore economic growth than to worry about how the gains from growth are distributed? Well, no. First of all, even if you look only at the direct impact of rising inequality on middle-class Americans, it is indeed a very big deal. Beyond that, inequality probably played an important role in creating our economic mess, and has played a crucial role in our failure to clean it up.”

He concludes by wondering whether Americans “will do anything to meet [the] challenge” of inequality. Given the lack of populist outrage, aside from the Internet, I’d say the answer is no.

I agree with almost none of Krugman’s ideas. Yes, the golden parachutes and immense salaries awarded to successful (and failed) CEO’s by their companies are mind-boggling. But if they’re not illegal, these men and women are in the clear. The current attempts to hike the minimum wage in various states—SeaTac, in Washington State, is the most notable, at $15/hr.—are ultimate job killers, especially for small businesses, which would most likely cut their number of employees to make up the deficit. Krugman and his confederates would no doubt like a return to the confiscatory tax rates of the pre-Reagan years, but that also misses the point: the very wealthy adapt to changes in tax laws (like Krugman’s employers at the Times) and so the perceived benefits of redistribution are murky at best. An extension of unemployment benefits isn’t a powerful incentive for those out of work to look for a job. And I haven’t the space to get into what the ramifications of ObamaCare will be in 2014 and beyond… let’s just say, to employ a go-to phrase, it won’t end well.

Will voters express their discontent in the upcoming midterm elections? Sure, to some extent, but as is well-documented, the House of Representatives is so ridiculously gerrymandered that, absent a wave of scandals, the GOP will still control that chamber. Republicans can be relied upon to screw up their chances at various vulnerable Democratic Senate seats, so it’s status quo on the horizon.

I’m no redistributionist, but it’d be invigorating to see live debates, in the streets, about America’s prolonged lost economic decade. But if there’s a leader who can commandeer such a movement, he or she hasn’t emerged.