The Defense Secretary Who Cried at Night 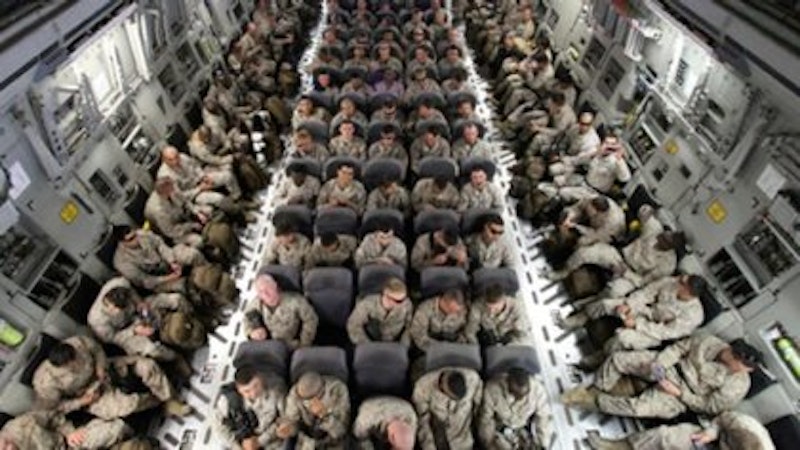 Robert Gates cried every night when he was secretary of defense. He would come home, write letters of condolence to people whose children had died fighting in Afghanistan or Iraq, and then he'd cry. Lying in bed, he’d imagine holding a wounded, suffering young soldier, one of the kids he'd seen that day on a tour of a hospital, “and in my imagination I would hold him to my chest to comfort him,” he writes in his memoir, Duty. Why did he resign as defense secretary? He told an interviewer: “I was becoming emotional when I was around the troops and thinking about the troops.” All he cared about was safeguarding the soldiers after a decade of war: “My preoccupation, my priority had become protecting them from further sacrifice.” So it was time for him to go.

Robert McNamara went through something like this when the United States was in Vietnam. Of course, he was also being stymied and ignored by the president, so there were policy differences to consider. But he left office in fragile emotional shape. Apparently Gates did too. In his case policy differences played a more minor part. President Obama loaded “Don't Ask, Don't Tell” repeal onto his plate with just a day's notice, and he reneged (in Gates' view) on how much money the Pentagon would get in the federal budget. But mainly Gates seems to think the President made the same calls that Gates would’ve made, and certainly about Afghanistan. “The decisions were right,” he says. What ate at him was... well, it was lots of things.

Gates' Duty: Memoirs of a Secretary at War has been in the news because he lets his feelings pop out in its pages. Joe Biden? He's been “wrong on nearly every major foreign policy and national security issue over the past four decades.” Gates can say these things now. A theme of the book is that he couldn't then, that his time as defense secretary required him to cork up his views and his mouth. He describes listening to various Washington big shots while feeling “fed up” or “bored,” while “running out of patience” or “seething.” He recalls that at one high-level meeting it took “every bit of my self-discipline” to keep himself from getting up and stalking out of the room. The strain goes back to his confirmation hearings. The senators reeled off the many defense-related disasters that needed tackling (Donald Rumsfeld had left him quite a mess), and Gates had to sit there with his jaw firm, like he knew for sure that soon everything would be under control. “It was the first of many, many times I would sit at the witness table thinking something very different from what I was saying,” he writes.

In Duty he lets fly. But the popping off adds up to only so much. Why did he want to storm out of that meeting? Because Obama's deputy national security adviser was nosing his way onto Gates' turf. Gates wanted to march from the room, “telling the president on the way that he didn’t need two secretaries of defense.” Nor did he like it when that same flunky plus Joe Biden tried passing on a directive from the President. (“The last time I checked, neither of you are in the chain of command.”) Or when staffers on the National Security Council called up four-star generals. But were the staffers trying to give orders? No, Gates told an interviewer. It was just a breach of protocol—“not appropriate.”

The President's men didn't get the chain of command. They were “micromanaging,” interfering. Some of them leaned into the generals, indulged in “aggressive, suspicious, and sometimes condescending and insulting questioning of our military leaders.” But largely this amounted to atmosphere. “President Obama made decisions based on what he thought was in the best interests of U.S. national security,” he affirmed to the same interviewer who asked about the staffers. It was just… the things he had to listen to. Hillary Clinton saying she'd been against the Iraq surge because she had to get nominated for president. Not that she let politics get into her decisions as secretary of state; Gates says that definitely wasn't the case. Then what was? It's just that, back when Hillary was getting ready to run for president, Gates was trying to get the surge though Congress, and the Democrats made that a “very near-run thing.” Now Hillary says it was politics, and he has to sit there.

The President tells an NSC meeting that he's tired of seeing quotes in the press from well-placed military sources who are dubious about withdrawing from Afghanistan. “ If I believe I am being gamed… ” he said, “and left the sentence hanging there with the clear implication the consequences would be dire.” Gates was “pretty upset.” How could the President dangle an accusation like that “in front of thirty people in the Situation Room”? There hatches in his mind the observation that has dominated news stories about his book: “As I sat there, I thought: the president doesn’t trust his commander, can’t stand Karzai, doesn’t believe in his own strategy, and doesn’t consider the war to be his. For him, it’s all about getting out.”

The commander in question was David Petraeus, a masterly leaker and manipulator of the news. Karzai was President Hamid Karzai of Afghanistan, a man beloved of no one. The strategy, to shore up the little country's dysfunctional government, showed little sign of working a year into its execution. And if Obama wanted to get out, Gates doesn't think that was such a bad thing—he says 2014 is the correct exit date, the same one Obama set. But he doesn't like what was said. Disrespect was in the air; the President wasn't talking right about Petraeus.

This sense of wrongness, of key things being off, became so strong with Gates that it could stand up and walk. At times it defied gravity. He recalls how Obama wound up a crisis meeting (the Middle East) with a joke about his top brass: “For the record, and for those of you writing your memoirs, I am not making any decisions about Israel or Iran,” he said. “Joe, you be my witness.” Joe was Vice President Biden, of course. Gates was jarred, “put off.” It didn't sit right: “I was offended by his suspicion that any of us would ever write about such sensitive matters.” As Dave Weigel of Slate has pointed out, Gates makes this criticism in what is itself a memoir about sensitive, high-level doings, such as the crisis meeting where Obama made his joke.

Gates, a man “known for his bipartisan detachment, the consummate team player” (in the words of The Washington Post's Bob Woodward), was not in a reasonable frame of mind. He had worked for Carter, for Reagan, the first Bush. He knew Washington, he knew the halls of power. Now he was back and nothing was right. The President was surrounded by snots, and Congress—Congress was “truly ugly.” The Pentagon also had its problems; he had to battle there too. “Why did I feel I was constantly at war with everybody?” he asks. “Why was I so often angry? Why did I so dislike being back in government and in Washington?”

Here's a difference that he noticed himself. “I’ve been through a number of wars, beginning with Vietnam, but generally from antiseptic offices,” he told Matt Lauer on Today. “And seeing these young people up front, up close, on the front lines in Afghanistan and in Iraq, seeing them in the hospital, seeing their families, had a huge impact on me.” He believed in the war. He'd backed the surge in Iraq, and he pushed for the surge in Afghanistan. But he knew that hanging in meant an extra cost for the troops. When he ordered longer deployments, he felt pretty sure he was destroying people's lives: “I have no statistics to prove it, but I believe that those 15-month tours had to have aggravated the post-traumatic stress problem and probably the suicide problem.” America had spent decades keeping its troops out of harm's way. Then it broke the habit and certain problems resulted. Donald Rumsfeld dealt with such problems by not realizing they were there. Gates, a man with a sense of right and wrong, didn't have that option.

He wrote condolence letters. “I started out by handwriting parts of the—of the condolence letters,” he told an interviewer. “And then—and even then that wasn't enough, I felt. And so then I started asking that every time one of these packets came to me, that it'd have a picture of the—of the soldier or sailor, airman or Marine who'd been killed, along with the hometown news.” He wanted to know “what their coaches and their parents and their brothers and sisters and teachers were saying about them.” He wanted to have “some personal knowledge about each one of them.”

That's what he was dealing with while he was also dealing with Washington, the madhouse. Something was wrong, something that reached everywhere. He wasn't sure what, but it felt bad. And every night he wrote his letters.