The New York Times PR disaster is of little concern to most Americans. 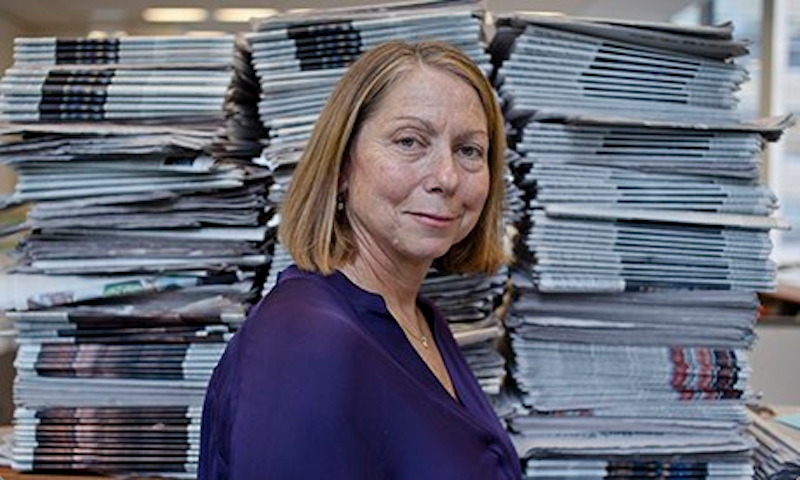 There’s just one thing you need to know about Jill Abramson’s dismissal from The New York Times: it doesn’t matter.

Despite the raucous carnival of news articles, anguished or celebratory blog entries, Tweets, punditry and Facebook ruminations about NYT publisher Arthur Sulzberger’s motives for banishing the former executive editor—I wonder when Sulzberger will be dubbed “Fredo” in a headline—the struggling newspaper will carry on, every day (for now) and readers won’t notice any difference in its left-of-center content. What’s more, the vast majority of Americans, including Times readers, couldn’t care less. Had Abramson been replaced by an ambitious, tech-savvy person who hadn’t marked his or her 40th birthday, instead of the status quo elevation of 57-year-old Dean Baquet, well, that would be interesting, even stunning for an institution that still—still!—revels in its dated appellation “the paper of record.”

Typical of the overwrought coverage came from the Times’ own David Carr on May 19—his second story about the Abramson knockout—and it was not one of Carr’s finer moments, studded with folksy anecdotes and odd references to the heroes and villains by their first names. He wrote: “When [Sulzberger] stood up at a hastily called meeting in the soaring open newsroom where we usually gather to celebrate the Pulitzers and said that Jill was out, we all looked at one another. How did our workplace suddenly become a particularly bloody episode of Game of Thrones?” Along the way, Carr took time to define, for the rubes, one of Jill’s favorite words—tsoris—and described the scene as “surreal.” Had blood actually been spilled it would’ve been worthy of a story, but a shuffling of the masthead? Goodness, the narcissism continues apace at the Times, even in its diminished stature.

And the evocation of employees celebrating the Times’ regular haul of Pulitzers was enough to make me squeamish as well. Hasn’t it been established by now that the Pulitzer Prizes are Exhibit A of the elite media congratulating itself, handing out awards on a rotating basis (with an oddball paper thrown in every year for the sake of appearance), a ritual that reminds me of authors blurbing each others’ books. Just as the Nobel Peace Prize was forever soiled when Arafat was honored in 1994 (and, to a lesser extent, President Obama picking up the hardware before completing even a year in his first term), the Pulitzers and other similar ceremonies are close to bankrupt.

Naturally, the specter of sexism was bandied about when Abramson’s firing became public. Any port in a tidal wave, I guess, but even if women are treated unfairly at the paper—which would elicit guffaws from non-Times believers, as the daily resembles the atrocious Salon and Daily Kos websites in its coverage of that issue—I’ve yet to read about ladies picketing the company’s building. There was also the hysteria about Abramson’s compensation lagging behind her predecessor Bill Keller—breathlessly reported by The New Yorker’s Ken Auletta, the 72-year-old media analyst: notice a pattern here, older pre-internet journalists writing about each other, absolutely clueless that none of this matters to people born after 1980?—which strikes me as rather thin as well. First, Abramson, despite her very biased slant on the news, was a veteran reporter—a dogged one, we’re led to believe, smears of Supreme Court Justice Clarence Thomas notwithstanding—and it’s inconceivable that when offered the executive editor position she had no idea of the salary range. That’s the sort of thing, especially in higher echelons at a newspaper, that you pick up on. And even if she didn’t know, one assumes she hired a lawyer to review her contract and that he or she would’ve found out Keller’s salary and perks. It’s far more likely that Abramson, who famously described The New York Times as her “religion” (as if religion in general needs another whack in the balls) didn’t really care: getting paid in mid-six figures isn’t bupkis, after all, and she wanted the job.

I didn’t agree with all of Ira Stoll’s mostly fine account of this extreme media-covers-media story—he wobbled on the pay issue, I think—but his sixth bulleted point was insightful. He wrote: “The Times is in trouble. If the business were a booming success, [Abramson’s pink slip] would not have happened. But the paper is struggling to adapt to a changing media environment. Money for things others than severance packages of high-ranking women executives who can’t get along with Arthur Sulzberger Jr. (see the case of Janet Robinson) is tight. So perceived management faults are magnified more than they would be in a growing business with plenty of money to paper over minor grievances.”

The last wrinkle in this over-reported story that’s of note is the memo about the Times’ digital future written by Arthur Gregg Sulzberger—thirtysomething son of Fredo—that is unequivocal in its belief that the paper is way behind the curve. Too little, too late, would be my guess: when the Times is outstripped by the ludicrous site BuzzFeed for views, that’s trouble. When was the last time you went to the Times’ homepage for its stories? I can’t remember when I did, relying instead on links from Real Clear Politics, Twitter or Drudge. I’m still a print subscriber, but only scan the headlines in the morning; with limited time, The Wall Street Journal takes precedence. As a consequence I read far less of the Times than even six years ago, ridding myself of a habit I began as an eight-year-old in 1963. As for Millennials, an audience the Times has to conquer to stave off, for now at least, marginal status, good luck in finding even the well-educated and curious young men and women who actually read the Times—except, perhaps, to make fun of articles about Brooklyn that another website lampoons—with any regularity.