Every Kid Knows This House is on Fire

No prior generation can relate to the information overload that Zoomers have grown up with. 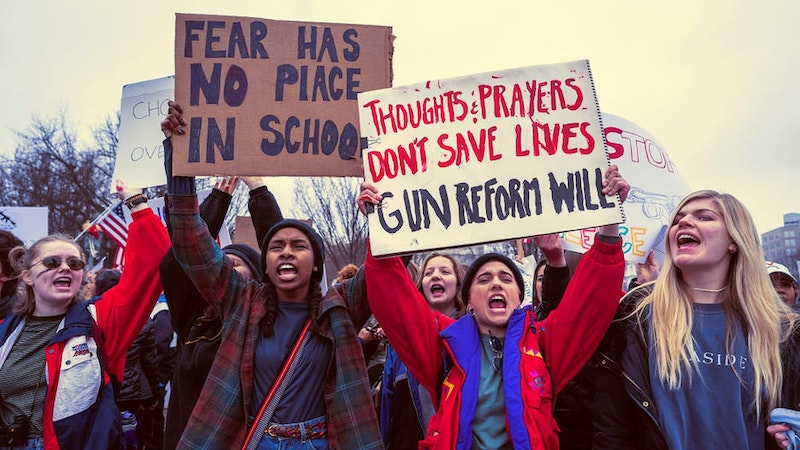 I was born in 2003. This makes me old enough to remember flip phones and Silly Bandz, too young to recall the Bush presidency or low-rise jeans (thank God). A childhood defined by the release of the iPod touch, the One Direction craze and the Disney channel—for better or worse. I belong to Generation Z, better known as “Zoomers”. We’re composed of many young activists, visionaries, and creators. But we’re also a bunch of clueless kids trying to dodge society’s bullets (I wonder if they’ll do active shooter drills via Zoom chats this semester?) At constant odds with the Boomers, we’re just trying to endure high school or college while the world goes to shit.

Some say social media has poisoned childhood innocence. That might be so, but at least it gave me a decent sense of humor. There’s no humor more obscure than that of Gen Z. To digest the standard Gen Z memes, you must have an extensive background knowledge of pop culture references.

While we may have a comedic edge and a more “woke” mindset than previous generations (especially Millennials), Gen Z has its downfalls. While we’re well-versed in social issues, much of our “activism” is performative, even if we don’t want to admit it. Consider our notorious cancel culture. Zoomers preach that we must take down the celebrity who performed in blackface on SNL in 1989. We attack them on Twitter, chastise them on TikTok. But, should we stop and ask ourselves, how is “cancelling” Ellen or Lin Manuel Miranda going to dismantle systemic racism? Maybe we should cancel Mitch McConnell instead. Or, just stop cancelling and focus on more productive actions, like protesting, petitioning and educating. Gen Z’s cancel culture rhetoric is starting to remind me of Trump’s Twitter page. And he’s the ultimate enemy of the Zoomers.

Gen Z has a weird fetish for 1980s culture. My theory is that we idolize our parents’ teen years, a time when life was just big hair and MTV, before cyberbullying and bulletproof bookbags. It sounds dark, but life in a John Hughes movie seems fantastic. All they seem to worry about is the prom, or which social circle they’re in. Ferris Bueller’s Day Off couldn’t happen in 2020: his parents definitely would’ve downloaded stalker app Life360 to monitor his every move.

Zoomers are developing their frontal lobes in front of screens, taking in massive doses of information in a matter of seconds. No prior generation can relate to this. How this will affect us as adults, I can’t say. Right now, we’re watching a pandemic unfold while trying to finish our AP Psych assignments. We’re exposing elite pedophile rings on social media while simultaneously perfecting the “Renegade” dance. The last thing we can think about is our future as a generation. As Duckie from Pretty in Pink said, “Whether or not you face the future, it happens.”