Rebellion in L.A. makes this lifelong resident love it more than ever. 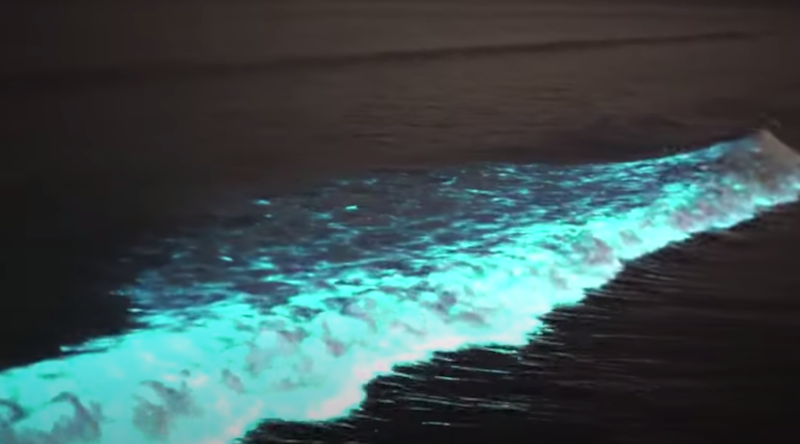 It’s been four months since the red tide showed up in L.A. Venice friends born and bred swore it hadn’t looked that intense in years. Although I’ve no other occasion to compare it to, I believe them. I’ve lived here a decade and never once saw it until the pandemic forced people to change their habits.

During the day, the red tide is a dull umber, making the ocean look worse for wear, as if a recent spill of some kind had occurred. At night, however, it’s a different story. When the waves crash on the shore, the phytoplankton are disturbed, and in their agitation, they turn azure. Watching the white foam intermix with bioluminescence is at once transcendental and surreal.

While we were supposed to be under lock and key thanks to the Draconian Duo of Gavin Newsom and Eric Garcetti, many of us sneaked out of our houses at night, propelled by the promise of nature’s dazzling light brigade.

I stood on the beach watching it with my wife, daughter, and a few hundred slack-jawed people, hushed and socially-distanced. We took photos with our smart phones that would never do justice to what we saw with the naked eye. A half an hour or so went by, and we continued breaking the law by breathing in cool salt air like we were members of a silent cult. When the helicopters showed up, all of us left. It was only when we cleared the beach and hit pavement did anyone think of speaking. And even then it was in hushed tones.

A short while after this, Garcetti decided that banning Fourth of July fireworks would be sensible. After all, it might be too tempting for us to leave our houses, and for such a frivolous reason. It’s not like we needed a view of something spectacular to take our minds off the fact that we’ve gained weight because the gyms are closed. Or spent eight hours on a crashing government website in an attempt to apply for state unemployment. Or watched as countless small businesses closed down, only to open when we thought the coast was clear, and forced to close again, this time for good. We certainly didn’t need a distraction from the sight of rising COVID-19 rates, protests and looters. Nor did we need a respite from trying to numb this year away with alcohol, drugs and Netflix binges that leave our eyeballs feeling like they were pricked with acupuncture needles. Why on earth would anyone want a view of anything other than anxiety, madness and death?

Thankfully, the city decided to wave a sparkler middle finger at his decree and set off fireworks for hours on end. A local news station captured aerial footage of the scene. And someone added the Blade Runner soundtrack to it, turning L.A. into the post-apocalyptic nightmare we always knew it to be.

Not so coincidentally, this is the first time in 10 years that I can say I’ve loved residing in Los Angeles. Despite the exorbitant cost of living, degenerate Hollywood culture, a mayor that let more than 1,000 homeless people die on the street in 2018, rising crime, earthquakes and crumbling infrastructure—despite all of it, I love the fellow resisters who’ve had it up to here and are fighting the elite and powerful in a way that confounds more than a brick hurled at a window ever could. Nothing screams “Fuck you,” more than dignified defiance. And for that, we’re all shining stars in the darkness of authoritarian rule.