Democrats need to learn to understand why candidates have lost. 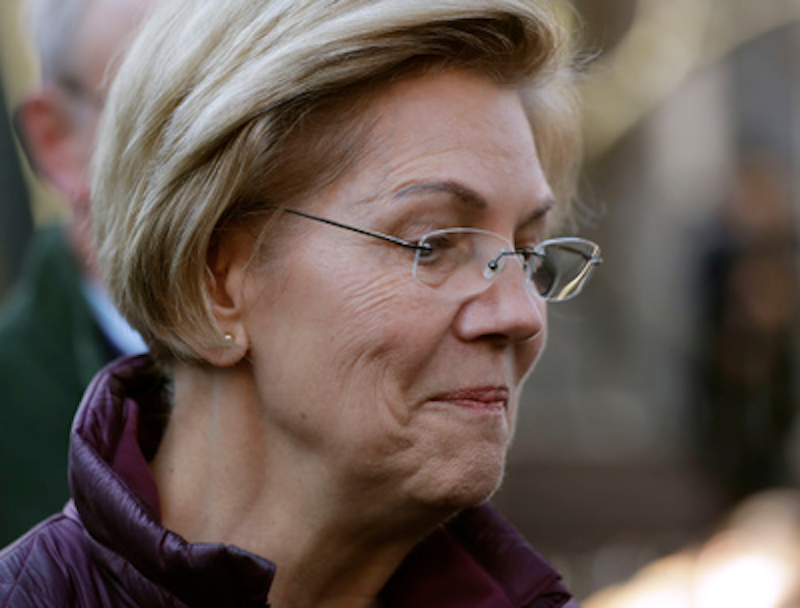 Elizabeth Warren, once touted as a top contender for the Democratic nomination, dropped out of the race after going belly up on Super Tuesday. The knee-jerk reactions from the Democratic side (which includes the media) were predictable. Just as when Kamala Harris quit, we’re now to believe that Warren lost because she's a woman. What else could it be with someone so "qualified"? Americans aren’t ready for a female president, according to pundits who claim to know what’s inside the voters' minds. They're just sharing their hunches, but still expect to be taken seriously.

Warren herself is leading the charge. The former law professor sounded weepy when she said, "One of the hardest parts of this is… all those little girls who are going to have to wait four more years." By "all" she means the little girls of parents in the media and academia, the two groups that overhyped her and set her up for a sexism-based defeat.

Warren said she'd have more to say later on the sexism she experienced on the campaign trail, but you have to wonder how empowering it is to tell young girls that the only reason a woman can fail is because of sexism. Those children could give up if they hear enough powerful adults talk like this, so making excuses instead of just taking the loss could hurt their chances in life. Of course, the excuse the Massachusetts senator is offering only applies to female Democratic candidates. If it's a female Republican candidate, then those little girls should be thrilled when a white, male Democrat beats her. Let's see what happens when Nikki Haley runs for president in 2024.

I wonder if those decrying sexism within their own party, which they still call "progressive," know that 54 percent of Democratic primary voters are women. You can bet they'd explain it away if confronted with that statistic. So all those women who didn't vote for Warren in her home state of Massachusetts, where she finished third in the primary, are patriarchy-worshipping sexists too? As the Democrats like to say of Republican women, their men are pressuring them to vote for the man?

These people, and plenty of little girls, all realize that Hillary Clinton won the popular vote in 2016 by three million, meaning that this nation has already established the fact that it's ready to put a woman in the Oval Office. Barack Obama won two terms as a black man, something that's never happened in "enlightened" Europe, yet that progress has already been memory-holed because the urge to call everyone racists is too powerful among progressives.

Kamala Harris, who was polling in single digits in October in her home state of California, attributed Warren's failure to her gender. "We all know... about the challenges of women running for president." Asked why she said that, Harris responded, "Look what's happened. There are no women in this race." That's some shaky logic. In fact, Harris could’ve had a legitimate shot at being Obama 2.0, a narrative the media loved, but her record came back to haunt her.

Bernie Sanders has worked hard for years to build a loyal base. Joe Biden has the dual advantages of huge name recognition and popularity among black voters from his two terms as VP. Warren enjoyed the advantage of favorability among the media and academics, which wasn't quite enough. It's no surprise, given these circumstances, that the race has come down to two old white men. If Warren had had her own successful reality show for years, it might’ve turned out differently for her.

Jess McIntosh's reaction to Warren's demise is indicative of how progressives fail at electoral analysis. The CNN pundit and senior communications adviser for Hillary Clinton’s 2016 campaign tweeted Warren "checked all the boxes" but still didn't get the job. But winning a presidential election isn't like applying for a job. A candidate can check all the boxes that some partisans think are relevant and be perceived by many as "competent," but she still has to win voters over, and voters aren't necessarily swayed by having a plan for everything. Warren also made the strategic mistake, by her own admission, of running in a two-lane race that she thought had three lanes. Even women lose when they make critical miscalculations like that.

Maddow, Harris, McIntosh, and all the others trapped in the bubble have a losing mentality, an inability to understand how voters think, and a dark view of humanity. They're accusing people in their own party of bigotry. They've set standards that can't be lived up to, which is how they elevate themselves. How about The Squad? They're all women of color supporting an old white man. Are they sexists too? How about all those black women in South Carolina who voted for Biden?

Elizabeth Warren appeals mostly to liberal whites with college degrees, which we now know isn't enough to win a presidential election, no matter how many selfies you take. She's yet another media creation who couldn't find the alchemy necessary to connect with a wide swath of Americans.