Donald Trump Is a Freak Who Can Kill Us All

What we mean when we say “unfit.” 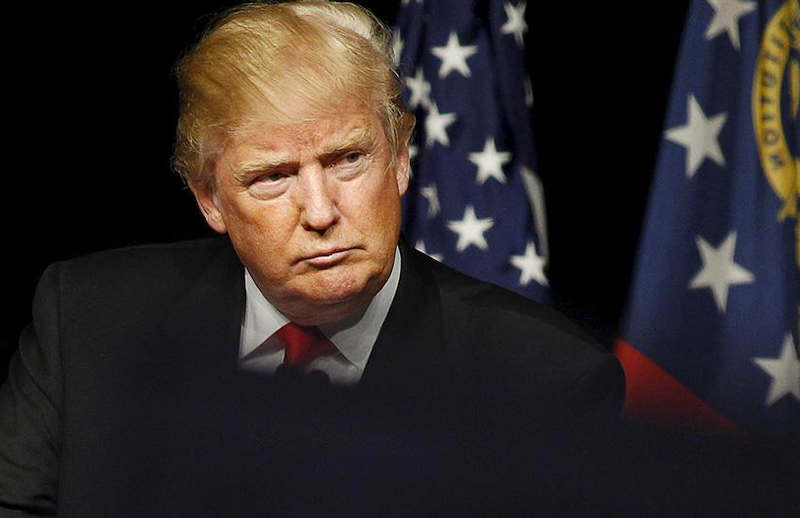 President Obama has a question for the GOP now that it belongs to Donald Trump. “What does this say about your party that this is your standard bearer?” the President asks, shaking his head. At such moments, an honest and acute right-winger will think of… Harry Reid. Allahpundit at Hot Air fumes, “Remember when Mitt Romney was accused, based on nothing at all, of having been a tax cheat for decades who’d paid nothing to the IRS despite his great wealth?” That was a Reid hit, and Allahpundit also calls up uncharitable things that Reid said about John McCain’s temper. The Democrats let us know that Trump’s predecessors were just terrible. Now here’s Obama, all sad because Trump doesn’t live up to their standard. Allahpundit: “Maybe if the left hadn’t cried wolf so often and so hysterically in the past, O’s point here would have more traction on the right.”

But I don’t think any of the Democrats’ accusations have been taken back. “Unfit” is the word Obama used to single out Trump from the likes of McCain and Romney. “Unfit” doesn’t mean unsuitable or ill-equipped or neurotic or dodgy. It means the person would be a disaster no matter what, like a drunkard driving a school bus. The human material in question—character, personality, temperament, whatever you call it—came out wrong and this one is no good. Richard Nixon, despite his painfully twisted personality, could manage not to blow up the world (he settled for Indochina). But the mental parts that involve managing and managing not to—these aren’t in the Trump inventory. He thrashes and he splats. Emotional needs crowd him at any moment, and he’s aware of nothing beyond these needs. That’s his world. Put him in charge and we get blown up.

I restate and perhaps heighten the President’s argument. Of course, I said Donald Trump was unfit months ago. Obama’s doing it was news, whereas my doing it was merely the wind-up to a column. But I like my phrasing: “Let’s accept that the Republicans have a front-runner and that the big thing about this man, the unmistakable thing, is that he shouldn’t be president. He’s unfit.”

What tipped me off? Well, everything, of course. But I had occasion to mark the thought down because The Washington Post had just published its editorial board’s interview with Trump, the whole transcript. At one point the interviewers asked the candidate what he thought of tactical nuclear weapons, and he answered, “I’ll tell you one thing, this is a very good-looking group of people here.” In one way, Trump deserves a medal for that answer. And in the same way, he’s a joke who’s missing necessary mental equipment—not IQ, but the sections that clue you in to the seriousness of making battlefields (or possibly the world) turn into a lot of nothing. He’s never thought about nukes. He’s heard about them many times. But he’s seen no reason to think about them.

Then there’s Trump’s volley at the Khans. That shows he’s never thought about honor or grief, or dignity or respect, or the chance that there’s a bare mental awareness that allows people to tell when a scam is pulled. “She probably, maybe she wasn't allowed to have anything to say. You tell me,” Trump remarks carefully. He’s too dim to know we all see him. He’s willing to think up a smear and be calculating. But he isn’t equipped to think things out and see how he’ll look if he smears a woman whose son is dead. He’s never thought about a woman having a dead son, what that’s like. He doesn’t realize the rest of us have.

The Khan incident caused Obama to get on my bandwagon, and you can see why.

Trump is a glaring defective and the Republicans nominated him. The party has lined up behind a freak who can kill us all, and the public has started to notice. John McCain has a temper and petty insecurities. Donald Trump is a fault line that has bits of hair and skin on either side. He comes apart, that’s all he’s good for. Meanwhile, Harry Reid can be a dick.