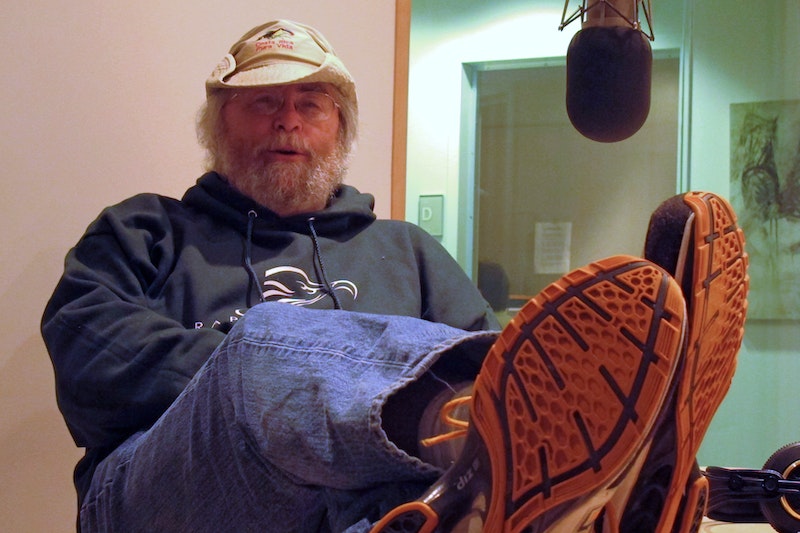 Midway through Garth Risk Hallberg’s excellent, and lengthy, 2015 novel City on Fire, set mainly in 1970s New York City, the narrator tosses off an observation from a cop working on a homicide case. “It was if, Pulaski sometimes thought, the ‘60s had tipped the entire country on end and shaken it like a box of cereal until all the flakes ended up in the East Village.” As I recall from that period, it’s fairly accurate, although as a young man I reveled in the day-in, day-out festival of freaks, anarchists and earnest young artists littered throughout the pre-gentrified streets.

Decades later, I’d say “all the flakes” have migrated to digital media—all print is now digital, so no one’s off the hook—whether it’s Matt Drudge recycling a months-old unflattering picture of Hillary Clinton as if it was taken in the past week, Maureen Dowd continuing her ludicrous series of fantasy columns in The New York Times, or, taken to the extreme, hack political writers like Esquire’s Charles P. Pierce peddling his fringe left-wing Hunter S. Thompson imitations with disturbing regularity. Pierce makes Rolling Stone’s fantasist Matt Taibbi look like the late David Broder.

One tip-off to Pierce’s political nonsense is his worship of the wealthy populist (a grating affectation) New York Times op-ed columnist/economist Paul Krugman—who’s written essentially the same semi-weekly column for the Times since 2003, and was expertly defenestrated last week by Karol Markowicz in The Daily Beast—a man so righteous Pierce refers to him simply as “Professor Krugman.” No first name necessary, I suppose, because Pierce’s readers share the same idolatry.

Not surprisingly, Pierce’s brief post is nominally about Donald Trump’s off-the-cuff and, currently, if you believe the “Very Serious People” in political life, on life-support campaign, but more broadly he writes about the Republican Party’s imminent death. That topic, too, has made the rounds, but Pierce, in a pleading-for-attention harrumph, feels it necessary to take his butter knife to inflict more wounds on the GOP. He writes about “the now-rapid descent of the Republican Party into the final madness of the prion disease it has welcomed so warmly into itself every since the late 1970s.” Perhaps that means Pierce was a-okay with Nixon, Ike and Coolidge, but I’d guess he simply limited his gaseous prose to just the past four decades.

I suspect Pierce would prefer a one-party state, the Democrats, but at least he pretends a GOP that “no longer behaves like a lunatic” would benefit the country.

“Modern conservatism,” he writes, “has proven to be not a philosophy, but a huge dose of badly manufactured absinthe. It squats in an intellectual hovel now, waiting for its next fix, while a public madman filches its tattered banner and runs around wiping his ass with it.” Again, Pierce is referring to the “Very Serious People,” conservatives who can’t stomach Trump, like Max Boot, The National Review, Bill Kristol, George Will and a smattering of CEOs, fundraisers and Republican elected officials who’ve disassociated themselves from the frantic and self-absorbed Trump.

I don’t care for Trump either, but the scenario that his candidacy marks the end of the Republican Party shows that Pierce is the one who belongs in a journalist “lunatic asylum.” Despite Hillary Clinton’s current large lead in the polls, I doubt this election will really take shape until mid-October. And if Trump is annihilated—in a Mondale-like Election Day—and also drags down the GOP-controlled Congress with him, the media will be filled with ludicrous more-in-sorrow-than-in-anger think pieces about the state of American democracy. And then what? Most likely, the Party licks its wounds, rallies around new leaders and likely wins back Congress in 2018. It’s just a political cycle—nothing out of the ordinary—and conservatism will swear off the “badly manufactured absinthe” and re-build, much like the Bill Clinton-led Democratic Party did in 1992.

And then Pierce will savage the new class of Republican leaders.