Does Anyone Own a Child? 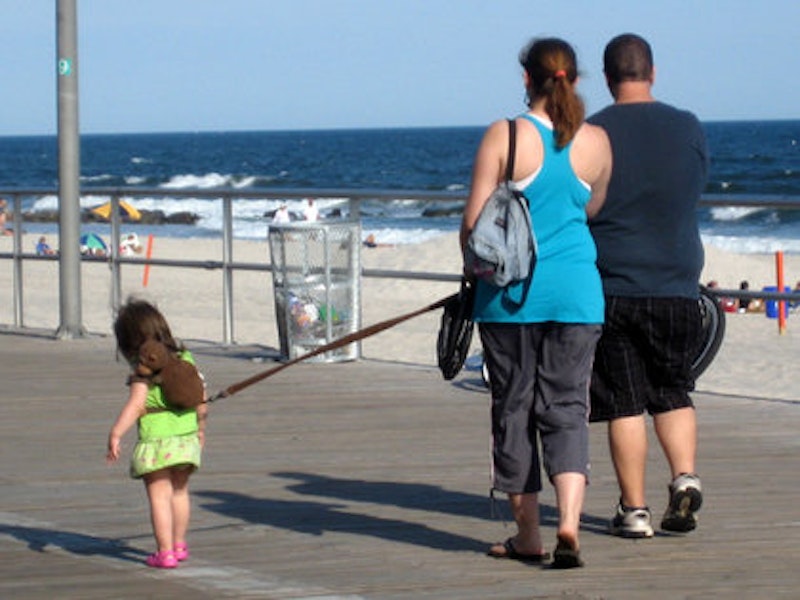 The answer, obviously, is none of the above. We've abolished slavery, which means that people can't be "owned" by anyone except themselves. Similarly, laws that effectively treated women as property are no more. A wife can belong to her husband, but it's more in the sense of "we belong together" than in the sense of "I am your belonging." No one, man or woman, is luggage.

To some degree, this argument is a quibble about semantics. Policy-wise; it's hard to see much daylight between Friedersdorf and Harris-Perry. Both want more pubic investment in children; neither wants the state to take kids away and raise them in communes. The whole exercise seems to boil down to a minor, mostly pointless skirmish in the endless liberal/libertarian feud over property rights.

While the debate in itself is not that consequential, though, the presupposition behind it seems like it might be. Why, after all, should a discussion of children end up as a discussion of property rights? Is "ownership" really the best way to think about our relationship with, and our responsibility to, our children?

I'd argue that it really is not. On the contrary, I think that many of the ills and dangers which children face are caused not because the wrong person owns them, but because they are perceived as ownable at all. One of the worst abuses of children in families—and one which is not nearly as rare as we'd like to think—is rape, which seems like a thoroughgoing reduction of children to non-human objects subject to parental will. The idea of ownership is also implicated in parent-child homophobic battery. Friedersdorf says, quite rightly, that abusive parents should have their children taken away. But he doesn't really deal with the fact that the logic of ownership, the idea that a child is your thing, to be used and abused at will, is itself part of the problem.

Society's "ownership" of children has some serious downsides as well. Just as parents can treat kids as possessions, schools often treat their charges as things. At best, children become valuable mainly as inputs in the "competitive global economy," widgets to maximize functionality. At worst, routinization and control of children becomes almost a policy goal in itself. Either way, contra Melissa Harris-Perry, social ownership of kids doesn't necessarily lead to community care and greater resource allocation. Instead, it may lead where ownership of people often leads to cruelty and dehumanization.

Looking at both the nuclear family and schools, radical feminist Shulamith Firestone declared that "Childhood is hell!", and called for its abolition.

…with the onset of the childcentered nuclear family, an institution became necessary to structure a "childhood" that would keep children under the jurisdiction of parents as long as possible. Schools multiplied, replacing scholarship and a practical apprenticeship with a theoretical education, the function of which was to "discipline" children rather than to impart learning for its own sake…

For Firestone, then, parents and society aren't in competition for ownership of children. Rather, both work together to establish childhood as a distinct, ownable thing. Firestone herself had a horrible relationship with her parents, but it's not clear why that should disqualify her insights, necessarily. Lots of people have unhappy childhoods. Perhaps that gives them more, rather than less, insight into how childhood works.

So how do we move away from ownership of children? I can't say I have any good answers to that. I do wonder though… why not give 16-year-olds, 15-year-olds or 13-year-olds the vote? Surely they wouldn't use it any less wisely or ignorantly than the average American voter. Since so much public policy is directed at children and education, shouldn't they have a voice in shaping that policy? Similarly, if the point of school is to help improve the nation's economic performance, then shouldn't the nation pay students for their time?

There's no political support for such policies, of course. I don't even know whether I'd support them myself. I'm sure other people, liberal and libertarian, could come up with better ideas. But, first they need to stop trying to figure out who owns children, and start trying to figure out how to treat children like humans, who aren't owned by anyone.