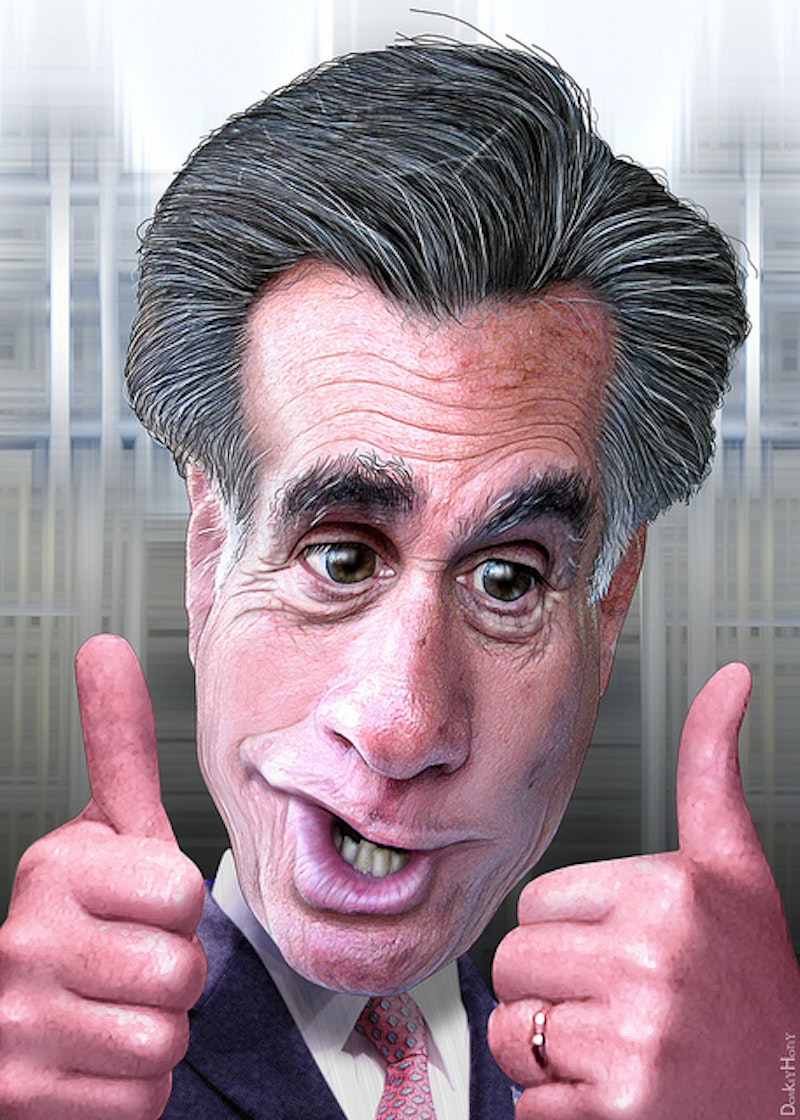 I’ve no idea whether Chris Hughes, the Barack Obama fist bumpin’ groupie, who recently bought The New Republic, has given a directive to his staff to blatantly pimp for the President—on a New York Times level—but the TNR cheerleading has accelerated recently as Obama and his staff realize that his reelection isn’t a slam-dunk. Maybe it’s just a case of the jitters among the writers and bloggers there—if TNR polled its staff, as Slate does every four years, it’s certain Obama would receive the standard media 90 percent thumbs-up—but I was struck at how frivolous Alec MacGillis’ June 20 post was.

MacGillis opens up by speculating that the Bloomberg poll showing Obama up 13 points over Mitt Romney was “an obvious outlier,” but then wonders why the incumbent isn’t getting slammed. The only answer, of course, is that Romney is such a “lackluster” candidate, a flip-flopper who carries the baggage of Bain Capital and is so wealthy and out-of-touch with, in the parlance of the Beltway media, the “ordinary American,” that he marveled at a touch-screen computer at a Wawa in Pennsylvania. Fair enough, I suppose, since Romney may or may not frequent such establishments, but the man is 65 and these new gadgets are springing up almost monthly. (An ordinary guy like myself, 56, must consult my kids for anything complicated on an iPhone or flat-screen TV; and I don’t think that’s uncommon among the AARP demographic. And after nearly four years in the White House bubble even Obama might be surprised at technological changes.)

And MacGillis, wondering how Obama got so “lucky” in his GOP opponent, figures that another candidate—John Thune, Mitch Daniels, Tim Pawlenty—would be polling ahead and “possibly breezing to victory” over Obama. Maybe. Romney, as anyone who’s followed political news for the past year, doesn’t excite the Republican base, let alone swing voters, but since he dispatched Rick Santorum, that’s changed to at least a mild “He’s better than the other guy” sentiment. And it’s worth remembering that a Gallup poll in June of 1980 showed Jimmy Carter leading Ronald Reagan by seven points, with an illusory large chunk going to the now-forgotten third-party candidate John Anderson.

MacGillis says that what was once a “solid” economic recovery earlier this year is fading, and that it might get worse. (No kidding. I don’t think this prescient observation bodes well for a beat change from politics to economics for The New Republic senior editor.) And, after devoting a portion of his post to Romney’s Wawa flub, MacGillis writes: “I’m not getting into the whole question of what Romney did or didn’t say about the sandwich-ordering gizmo at the Wawa. I agree that we have better things to be writing about.”

So why did he write about it?

Like MacGillis, I’ll go with my “gut instinct,” and argue, as Daniel Henninger wrote in The Wall Street Journal today that there’s just one issue in this election: the economy. No one will remember the Wawa “incident” in November or, for that matter, Obama’s remark last week that the private sector is in fine shape: if unemployment remains above eight percent, Obama’s in for a very long night. Syria won’t matter. Ann Romney’s stable of horses won’t matter. The Citizens United ruling won’t matter. Romney’s running mate—unless he goes nuts and picks a polarizing weirdo, which would defy his 65 years of playing it safe—won’t matter.