Save The Country, Kick a Moderate

It's not shocking news that people are wrong on the Internet. 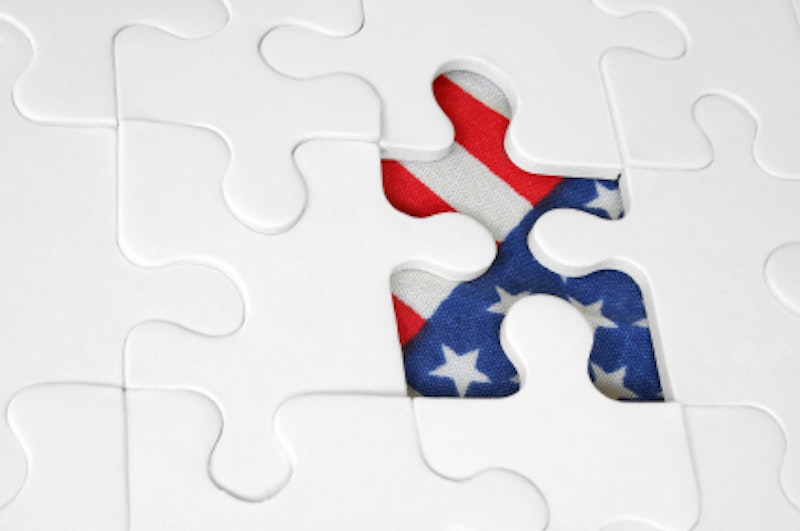 Last week, Andrew Sullivan looked at a Gallup poll showing lots of Americans don't believe in evolution and bemoaned the right's intransigence and illogic, which he claims is tearing this country apart. Not to be outdone, Jack Meserve wrote a post arguing that the left wants to regulate cigarettes and legalize marijuana, and bemoaning their illogic and intransigence, which, he claims, is hurting America.

Others have already explained why both of these posts are stupid. Responding to Sullivan, Kevin Drum pointed out that "belief in evolution has virtually no real-life impact on anything," and that the number of people who don't believe in evolution has remained the same for around 30 years. Responding to Meserve, many of his commenters made the obvious point that there is in fact no logical contradiction between thinking that cigarettes should be regulated and taxed and thinking that marijuana should be legalized, regulated and taxed—which is the position that most liberals in fact hold. There would be a contradiction if liberals wanted to actually outlaw cigarettes and legalize marijuana, I suppose—but the only people who hold that position are made of straw.

It's not shocking news that people are wrong on the Internet, of course, but I do find the mode of wrongness here interesting.  Both Sullivan and Meserve are motivated by an antipathy to culture war, variously defined. Sullivan worries that people are using evolution as a cultural signifier, and are therefore "prepared to cling to untruth [rather] than concede a thing to libruls or atheists or blue America." He frets, "I simply do not know how you construct a civil discourse indispensable to a functioning democracy with this vast a gulf between citizens in their basic understanding of the world." Meserve is less full-throated, insisting that class and culture are "inevitable" while wringing his hands about the fact that a group of hypothetical liberals would hypothetically support a soft drink ban but not a latte ban.

For both Sullivan and Meserve, the problem is that someone (someone else, of course) is approaching the problems of our nation in a biased and irrational manner. The right or the left is clinging to cultural signifiers and/or class markers rather than feeding our nation's problems into some sort of econo-moderate calculator so we can all live long and prosper like a million identical Spocks joining hands to sing kumbaya.

The truth is that Spock is fiction, and so is the unbiased moderate. Moderateness and pragmatism aren't the antithesis of ideological posturing—they're an exemplar of it. Reasoned moderateness is a position rich in cultural signifiers, and only more so because it is determined to deny them. A pundit who rattles on about how we've lost consensus and need to find common ground is not working to build consensus and find common ground. He's just signaling his peers that he's a serious thinker who deserves his gig punditing.

In short, there is no view from nowhere. And really, given the possible levels of disagreement one can have in a society, the shocking thing about ours is not how divided it is, but how placid. Personally, after a massive economic crisis and recession triggered by an outrageous financial industry boondoggle, it seems to me like we could maybe use a little more class warfare. Similarly, as we move into a second decade of war in Afghanistan, I can't help thinking that it might be of benefit to have a touch more cultural upheaval. Neither Obama nor Romney is going to restore Glass-Steagall. Neither is going to categorically renounce the idea of bombing Iran. Neither is going to rethink our drug war or our test-obsessed education policies. That sounds like too much consensus to me, not too little.