An Alarm About Our Crippled Democracy

A respectable liberal notices that America’s system is becoming a joke. 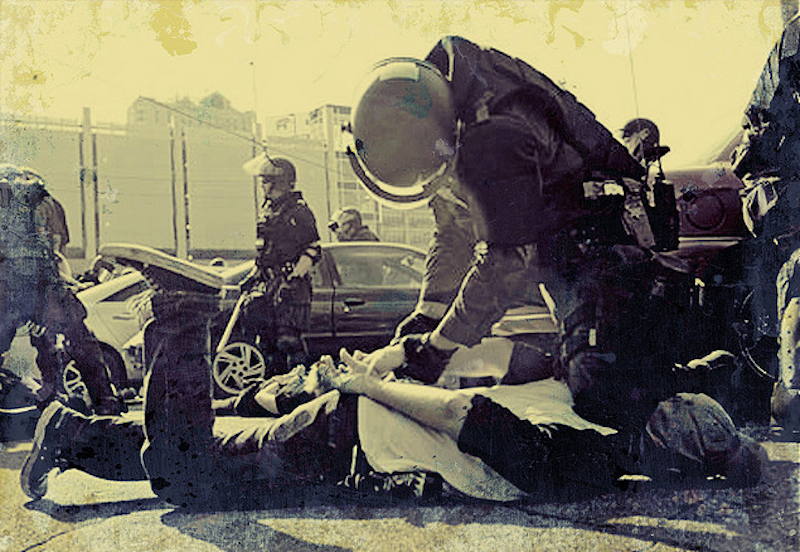 America’s political system is being hollowed out. Over the past decade or so, its basic processes have been debased and its key institutions have been treated like playthings. Corners have always been cut in our democracy, but now they’re being cut so deeply that soon the paper could be gone. In any democracy, or any government, rules get bent. But when that is taken for granted, when it’s accepted that rules are there to be twisted by factions, a democracy is in serious trouble. That’s America’s situation now.

The journalist James Fallows wants all of us to notice as much. He’s put up a pair of posts at The Atlantic, one short and the other long, and together they warn that the United States is undergoing “a kind of long-term coup.” He points to “ongoing efforts in Florida and elsewhere to prevent voting from presumably Democratic blocs” and “the simply unprecedented abuse of the filibuster in the years since the Democrats won control of the Senate.” Most of all, he points to evidence that our highest court has become a political hit squad. The sequence in his words:

First, a presidential election is decided by five people, who don’t even try to explain their choice in normal legal terms.
Then the beneficiary of that decision appoints the next two members of the court, who present themselves for consideration as restrained, humble figures who care only about law rather than ideology.

Once on the bench, for life, those two actively second-guess and re-do existing law, to advance the interests of the party that appointed them.

Meanwhile their party’s representatives in the Senate abuse procedural rules to an extent never previously seen to block legislation—and appointments, especially to the courts.

And, when a major piece of legislation gets through, the party's majority on the Supreme Court prepares to negate it—even though the details of the plan were originally Republican proposals and even though the party’s presidential nominee endorsed these concepts only a few years ago.

James Fallows is a liberal, which is to his credit, but not a fighting liberal who dishes out red meat. In 30 years as a journalist he has generated about a dozen books and a few million words of magazine copy. Anybody who wants to go digging for overwrought prose and overexcited predictions can give it a try. Good luck. He’s a sober, intelligent fellow who places one foot carefully before the other. But he doesn’t consider being temperate and restrained to be an end in itself. His job is to see what’s in front of him, and once he’s sure of what’s there he lets fly. Such is the case here. For my part, I was worried about America’s bananafication (as in banana republic) back when Newt Gingrich was Speaker. Fallows gave the Republicans another dozen years to demonstrate their pattern of behavior.

Conservatives will argue back against each of the bullet points listed above. But conservatives say all sorts of things. They argued that Saddam Hussein must be destroyed because of his WMDs, and then argued that it didn’t matter that he had no WMDs. They also maintained, when convenient, that the Lewinsky impeachment was done to uphold the rule of law. They did so when not flogging the details of Bill Clinton’s illicit sex life to the public, and they did that when not pursuing their own equally active and illicit sex lives (see Gingrich and Bob Livingston).

Americans tell themselves that the Constitution’s design is enough to keep our nation stable. That’s a myth. Throughout Latin America, countries tried systems based on ours and watched them fail. In fact it’s wonderfully designed to fall apart if the factions involved in politics aren’t willing to rein in their tactics. That willingness is the magic ingredient and now the Republicans have lost it. Properly understood, the partisan outrages of our era have been outrages on civic fundamentals. Conservatives paralyzed government for a year, short-circuited the right to vote, and corrupted the public’s decision-making process before a major war. Now they have crippled an entire branch of government and they threaten to make judicial review into a joke.

A country can’t go on this way and I don’t think it will. Fallows believes that we’ll struggle past the current mess and find ourselves with other troubles down the road. But he doesn’t give any reason to think so. Here’s my prediction: Either the Republicans stop or America does. Right now the second seems more likely than the first.