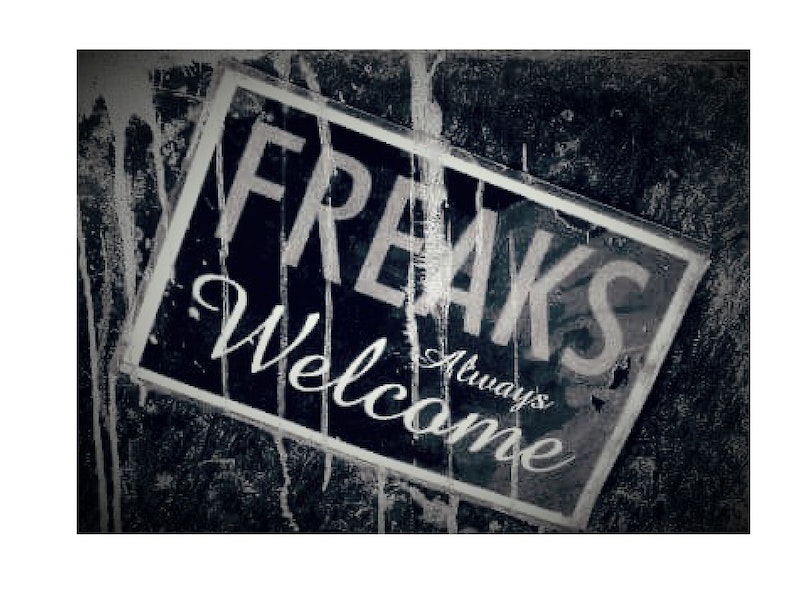 Weirdos, oddballs and other sorry entertainers throughout history have held a coveted place in the hearts of those with a sense of humor. A joke-filled existence of laughter, with compassion and grace in our shared hilarious humanity. A higher purpose, not merely for the sake of comedy, but the simplicity of entertainment value. Humor’s subjective, as jokes and sight gags are one man’s laughter, or another’s tears. It’s always the wacky characters that make funny things happen. It’s also true that canned laughs provoke real laughter; they’re contagious as yawning.

The introduction of cartoon features over a century ago elicit yet another endless roll call of two-dimensional hijinx and movie mayhem that keeps everybody laughing through good times and bad. Perhaps that’s why cartoons were shown before the main feature films, until commercial advertising took over. Laughing at ourselves is normal, and pointing fingers at each other is a pastime we neglect to acknowledge, although it happens a lot. We find amusement in the foibles, pitfalls and predicaments of others.

Laughter’s always the best medicine. We can’t control ourselves; from the first time Punch punched Judy in the puppet theater, to live stage productions of Shakespeare’s weird soliloquies, to the shamans, tricksters and mischievous demons of folklore and myth. There was Charlie McCarthy, the wooden ventriloquist dummy made famous on the radio, although not many people knew he was a puppet until TV sets spread across the country. Early-1960s memories of Ed Sullivan’s regulars like Señor Wences. A ventriloquist who talked to his Latino hand puppet, nothing more than red painted lips on his thumb and forefinger, with googly eyes glued on the back of his hand, topped by a miniature toupee. And there was Sullivan again talking to a little mouse puppet with an Italian accent named Topo Gigio. Milton Berle, Sid Caesar, Jackie Gleason’s The Honeymooners, I Love Lucy and other sitcoms and star-studded comedy variety shows added to the mix.

Jerry Lewis made a career out of playing the obnoxious, overbearing buffoon, the goofy funny man who teamed up with Dean Martin’s straight-laced crooner act. Clem Kadiddlehopper was known as the wise fool. An addled-brained fellow hard of hearing, just one of many characters portrayed by Red Skelton.

Funny is relevant to verbal/monologue visual comedy in movies, television and theater. Music has its share of offbeat, novelty bands and one-of-a-kind entertainers. Spike Jones and His City Slickers were among the zaniest musical parody bands. There's Weird Al Yankovic, Tiny Tim, Alice Cooper, KISS, and even The Ramones have a campy kitsch comedy going on, as well as troupes like Firesign Theatre and Monty Python. Mad magazine and its rival Cracked were in the modern mix of satire too. And stretching the whole funny thing further, the classic carnival and circus Sideshow, where audiences gawked at freaks of nature, suspending logic and displayed disbelief, astonished in the spectacle before their very eyes. The clowns are always funny, but the freaks were unbelievable. The fat lady, the bearded lady, the tattooed lady. What could be better than all three in one lady? Fat, bearded, and tattooed.

Gallagher, the stand-up comic who recently died, had an act smashing watermelons with a giant sledgehammer. “Professor” Irwin Corey was always introduced as the world’s most famous authority on everything and nothing. He was hailed by Lenny Bruce as one of the most brilliant comedians of all time, who also happens to be another brilliant comedian of any time. In the immortal words of Rodney Dangerfield, “When I was born, I was so ugly, the doctor slapped my mother.” Another great social satirist, George Carlin, said, “I think it’s the duty of the comedian to find out where the line is drawn and cross it, deliberately.” It’s funny, that’s how civilization survives.