Are news outlets afraid to give developing stories their due attention? 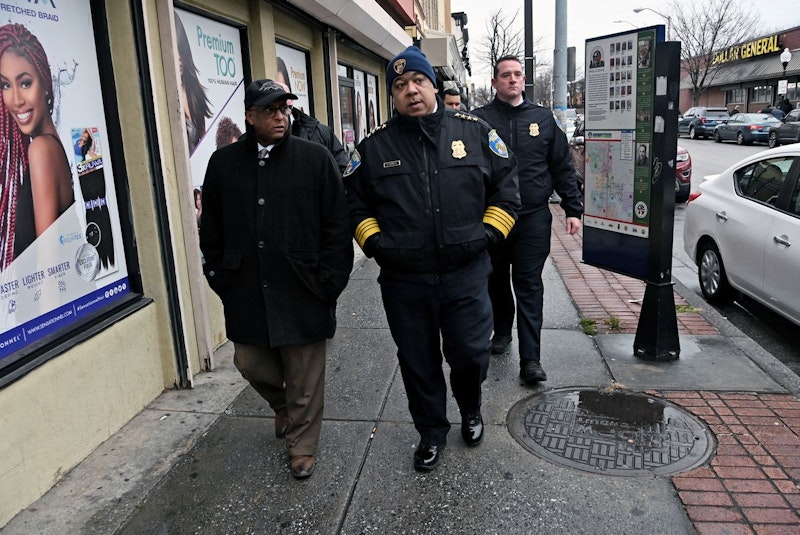 In January, footage of Baltimore Police Sgt. Welton Simpson being grabbed as he tried to make an arrest went viral, and drew criticism from officials across the state, including those who are seen as progressives. This includes presumptive mayor-elect Brandon Scott.

Simpson claimed that a young man named Zayne Abdullah spat in his face, triggering the arrest.

On July 3rd, two new video clips surfaced, giving the public a more accurate understanding of the situation. Simpson’s body-cam shows him entering a business on Pennsylvania Ave. Simpson then bumps into Abdullah, and quickly tells him to “get the fuck out of [the] way.”

Abdullah, upset, explains that he was walking out of the store when Simpson bumped into him. Abdullah continues to express his discontent with Simpson, finishing with “Bump me? Next time I’m going to fucking hit you in your mouth.”

Abdullah doesn’t touch Simpson, and doesn’t spit on him as Simpson claimed. Simpson then pushes Abdullah and tells him to get out of his face. Simpson can be heard saying, “Go ahead, I’ve got enough for everybody” in an apparent provocation of violence.

The second, separate clip was filmed by a bystander and shows Simpson aggressively wrestling with Abdullah. Abdullah protests that he can’t breathe, and Simpson responds by tightening his hold on him, including his neck. As bystanders plead for Simpson to stop, he ignores them, leading to the bystanders kicking Simpson until he releases his hold on Abdullah.

In light of recent events, you’d think this revelation would receive significant media coverage. In this city and state, many condemned a young black man without having the full story. Now that much more of that story is out, there’s mostly silence.

What’s worse is news sources that covered this story extensively will ultimately remind their consumers that they got it wrong. They bought into a story told by a police officer wearing a camera on his chest and did so without seeing the footage from the camera. While light deserves to be shed on this, these sources hesitate, for the sake of their reputation.

Consumers have a say in this process as well. The more articles about Abdullah’s defamation are read, the more news stories watched, the more attention on social media, the more outlets would feel the need to shed light on the story.

In January, news outlets ran with the one video they had. I’m sure that they believed they were making the right call. Nonetheless, another young black man was vilified, and these outlets should make it clear they made a mistake and set the record straight. Burying the story on page three doesn’t cut it. We’ve all been wrong before. It’s not fun to admit. When you influence public opinion however, it’s an obligation to do so.

Simpson’s brutal actions should receive more attention than Abdullah’s false accusation. In fact, the revelation with the release of this footage is, in fact, breaking news. It just wouldn’t be in news outlets’ best interests to focus on that.