Fuzzy on the risks, certain on the narrative. 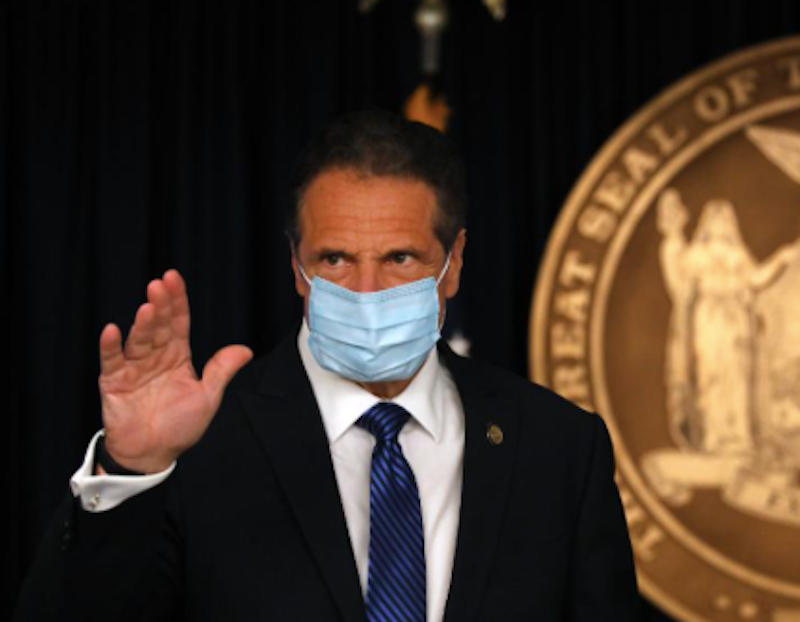 I can’t help suspecting the human race will be psychologically transformed by the corona crisis more drastically than people are currently letting on. Suppose authorities conclude we basically can’t go outside or interact en masse with others for years but say we should be pleased that streaming video, remote work, and in time omnipresent medical tracking will see us through the crisis.

Might not the result be a human race that emerges blinking in the sunlight in a couple of years hating the outdoors, the indoors, the authorities, diseased dissenters, entertainment, remote work, crowded offices, nature, God, and pretty much everything else? It’s not just me, right? They always try to tell me it’s just me, but it’s never just me.

Still, if that’s our future, I might try living alone in the woods to avoid ever again having to debate it all with other people, if we survive. I won’t really be keen to run into other loners out in the woods, either.

In the meantime, I’m amazed that about half the population—or at least, say, a third of my Facebook feed—seem so convinced that (some of) the authorities know what they’re doing, so angry at people who insist on disobeying medical authorities and bucking the political system. Where does that angry portion of the population find the passion for such conviction while the very authorities they tout change or obfuscate about their stories on the crisis from week to week?

At least admit the authorities are political and that in trusting them you are not merely “following the science!” Columnist Karol Markowicz notes New York’s Gov. Cuomo, already fond of retro 19th-century-style cartoon posters for explaining corona to people, has now launched a video ad campaign from director Kathryn Bigelow touting mask-wearing and Cuomo’s approach to plague control. What an amazing coincidence they picked a director who has been criticized in the past for making films that pushed military and intelligence sector propaganda. Luckily, there’s nothing but cold, hard science here.

I admit there was some study just recently declaring New York the state with the best response to coronavirus. However, with the state having about a fifth of the nation’s corona deaths despite having only about a 16th of the nation’s population, you’ll forgive me for doubting New York’s approach of packing corona sufferers into nursing homes full of vulnerable people was the best protocol.

And while liberals—I use that word instead of “leftists” in this case because it is mostly the bland, obedient centrist types who trust the establishment in situations like this—keep claiming heroic blue-state leaders and citizens have a better handle on the situation than red-state counterparts, the numbers don’t show any clear pattern either between or within states (or nations).

Much-criticized Florida’s reported infection rates have varied wildly from about nine percent to 99 percent, depending sometimes not so much on what reliable tests have revealed as on how many times reporters have pressed the same officials to go on the record or clarify prior remarks. The evasions at one press conference about whether death by motorcycle accident (if the rider tested positive for corona) should count as a death by corona were strange enough that any sane citizen should by now distrust politicians, scientists, the medical establishment, hospitals, and press conferences in general.

Internationally, the official numbers say a quarter of the corona deaths in the entire world (something like 600,000 total globally, they say) have happened in the U.S., while fewer than 5000 deaths have happened in China, where the outbreak appears to have started. Does that strike you as plausible? If you say yes, can you explain in coherent sentences why you think this has happened? Can you explain in terms more specific than “Trump is a big fat idiot!”? If you can’t explain in terms other than that, can you explain specifically what he did wrong that other national leaders around the world didn’t?

If, in the end, it’s all as bad as it sounds and the difference between us and the world is all Trump’s fault, why again were a fifth of these U.S. deaths in New York, which has jeered Trump at every turn and tried to do the opposite of whatever he recommended—with local officials even bouncing back and forth during the astonishing month of February about whether travel bans are wise or xenophobic, somehow always maintaining a position opposite Trump’s?

Meanwhile, lest we forget other shaky narratives of the current era, a recent CBS News piece managed to cram numerous favorite tropes into less than two minutes, slamming “Russian hackers” for purportedly reaching “a new low” (the bastards!) by trying to steal coronavirus vaccine research (which you might’ve thought better off shared with the public anyway?), and it was ostensibly the same hacker group (alternately called APT29, CozyBear, and other things) that, CBS says without qualification, is known by our major intelligence groups to have hacked the Democratic National Committee.

Wow. So, if a hypothetical President Biden proves unable to announce a corona vaccine, I guess we already know whom to blame. Again.

In the meantime, an acquaintance of mine reports that his nurse ex-wife says her family was lied to and told her mom had tested positive for corona. Only after the family vigorously fought to see her results did they learn the tests had been negative.

Expressing skepticism of hospitals’ recordkeeping after numerous such anecdotes—suspecting for a minute health organizations might be skewing corona numbers in either direction for financial or political reasons, abetted by sloppiness—is hardly a popular position to take right now, certainly not in this official World Health Organization Year of the Nurse (as the WHO declared 10 years ago 2020 would be), not after all the horror stories about what those heroic frontline medical personnel are enduring, inspiring all that seven p.m. clanging of pots and pans in their honor a month or so ago.

But given all the obvious spin control and message-maintenance going on, would it be that hard to believe? (Healthcare workers are about as reliable a Democrat constituency as teachers unions, we must recall.)

Robust scientific debate—including inevitable pseudo-scientific errors that come with the freedom to speculate—has given way to incredible anxiety about tamping down errors and misinformation, all in defense of an orthodoxy that didn’t even exist until the establishment began dispensing COVID-19 pandemic advice about five months ago.

No room for rebels now, though: Anti-lockdown protest leader Dan Dicks had his YouTube channel deleted, YouTube exec Susan Wojcicki unapologetically says anything that goes against WHO advice may be removed, and Facebook flags as potential misinformation true posts about deaths dropping by about 15 percent during early weeks of the pandemic relative to normal years.

More and more people must by now suspect that instead of the light of truth guiding us gradually out of lockdown, there’s only our ostensible leaders shining a harsh spotlight on fleeing dissidents.