I’m Not Your White Man

It was never an issue of black against white, but what’s right versus wrong. 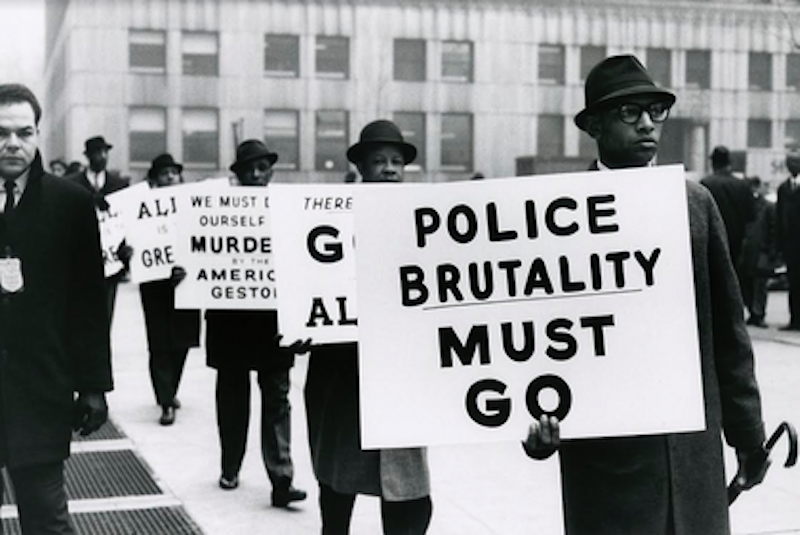 My thanks to John Lewis and everyone who fights for basic human rights. There are too many people today who want to crush our rights and civil liberties as Americans. We have a mock democracy. Like the lights of Broadway gone dark. Flags at perpetual half-mast. The eternal flame burned out. It was never an issue of black against white, but what’s right versus wrong, rich against poor to control and keep people of color down. Under the boot of white supremacy everybody suffers, yet no one ever suffers like the poor. At this moment we’re fighting for freedom and our lives and future.

With Lewis’ death we mourn the loss of a noble gentleman but more importantly what he represented. Now, every day is Bloody Sunday. The marches, protests, skirmishes and busted heads, by jack-booted thugs in cities continue. This lifelong struggle in protest to fight for what we believe to be true to all free people. Whether these rights are god-given or extended by laws of the land shouldn’t matter. Nothing has changed in this nation in my lifetime. We’re still searching for peace from endless wars all the time. We seek justice where none exists.

I was born Roman Catholic, raised on racist rhetoric at home, on the streets and in every school I attended. It was the forced indoctrination of racism. Those who believe Jesus is white and the civil war are still being fought. There's a strange brew bubbling to the surface. Big trouble across the land and around the world has continued its hatred for centuries. One might chalk it up to bad luck on the wrong side of history or a roll of the dice always snake eyes crap out but it’s so much more than I can fathom.

Don't buy anything from Hobby Lobby because the head honcho is a pro-life, anti-abortion right wing Christian zealot. Boycott Home Depot because the CEO gives half his multi-billion dollar profits to the GOP presidential campaign. The owner of America’s oldest brewery, Yeungling, gives big bucks to the Republican presidential party. Boycott Goya beans and don't buy crap from Chic-fil-A and their fast food extreme Christian doctrine of homophobia. Don't shop at Fartmart. Ignore the My Pillow Guy.

Millionaires and billionaires dictate freedom. You no longer have any right to choose. Don't say we're all in this shit together. It’s clear the reckoning is here. Time to pay the pipers and take the comeuppance. Only a pawn in their game is not just a song that we sang about Medgar Evers while murder most foul rules these dystopian days. Martin Luther King was murdered by the government and is now a boulevard out of town. Malcolm X was murdered by the government and reduced to just another uppity negro. White is devoid of color. Who killed the Kennedys? Sorry excuse for some Caucasians figure of speech, devoid of purity... to preserve some vaguely aware recognition for hatred and rage of their own impotence. Got an inferiority complex as big as America to sink in a solitary sea drowning like the tide waiting for great white hope of your slave ship to come in. A spontaneous combustion of beautiful loathing in the whites only places there’s no room for the negro. The black, Afro-American seal of approval. No TV Guide to save you.

Lucy the spitfire redhead and Ricky the conga-banging Cuban bandleader with little Ricky Jr. playing the drums. Jackie Gleason’s Honeymooners and cocktail music for young lovers. Sinatra’s Rat Pack ruled Vegas. Sammy Davis Jr. was the most misunderstood Jewish Uncle Tom. Aunt Jemima and Uncle Ben were the only black friends most white folks ever had. In some Trumpian Nazi fantasy of the perfect race driven by new improved wars of race baiting and greed’s insatiable gluttony.

These cowards gave away their souls to be part of this new order of pigs in a dung heap’s swarm of flies. Things that slither and shit on golden commodes. Dead and buried along with the monuments, statues and relics that praise and glorify hatred and oppression here and around the globe. There are no sides to history. The spoils of the victor lay rotting at their feet. I‘m embarrassed to be part of this culture of violence. The photo above was taken in 1963 by Gordon Parks. Like it was yesterday and tomorrow.