Michael Brooks Was the Most Promising American Journalist of His Generation

His death at 36 is an absurd tragedy and a major loss for world media. 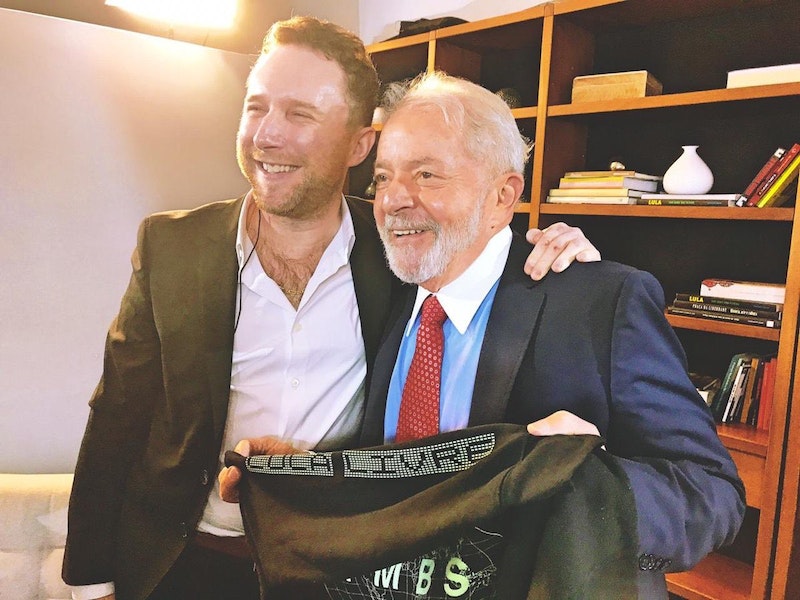 I’ve never written about the death of a political commentator. Actors, filmmakers, writers, musicians: yes. Those people influence me and take up more space in my brain and heart than podcast hosts, talking heads or moldy op-ed columnists. Michael Brooks is the only journalist working today that I feel immediately compelled to write about. And I won’t change that last sentence, because it’s stunning that he’s dead. His sudden death of an embolism at the age of 36 on Monday shocked much of left-leaning media and me, especially since he was on the air the day before he died. I started noticing a couple of months ago that he was calling off episodes of The Majority Report and The Michael Brooks Show early because he “wasn’t feel well.” For a journalist as vociferous and independent as Brooks, it’s not unreasonable to suspect foul play, but as a regular listener, it didn't strike me that way. It’s just an absurd tragedy. His sister confirmed a blood clot in his neck killed him.

I’m not a pundit or a political reporter, so this contribution to the piles of obituaries and In Memoriams pouring from people who knew him is strictly from a fan. I found his show, and soon The Majority Report, around this time last summer. The algorithm led me to this video of Brooks dissecting and commenting on an interview with Marianne Williamson on The Rubin Report. That’s what drew me in, and in that one segment, he demonstrated a deftness and a comfort completely foreign to most contemporary media figures. I listened and watched more, and quickly became a subscriber. That clip is very funny, but it’s not bullshit. It’s not The Daily Show. Brooks wasn’t one-note or stubborn, and his work had such a refreshing tonal freedom, unmitigated by Mark Fisher's “Vampire Castle” which he always invoked. This latest rerun of "cancel culture" was ignored by Brooks because he was a smart journalist.

Charlatans abound today, and that’s why the loss of Brooks makes me despair for the future of America’s media. It's the greatest loss on the intellectual left since Mark Fisher's suicide in 2016, but he was 48. Brooks was just coming into his own, with his first book published in May and increasingly high profile interviews on The Michael Brooks Show, like deposed President of Brazil Lula Da Silva and Noam Chomsky. Another favorite appeared on the episode with Chomsky: Stavros Halkias of Cum Town. This was a variety and synthesis of people, material, and opinions that’s blindingly obviously necessary to me but so foreign to provincial media types who are too chickenshit to ever write something risky. They don’t need to worry about being censored; they censor themselves.

I confess ignorance on most international politics and listening to Michael Brooks really made me want to change that. The depth of understanding of South America was unparalleled and intimidating—he was a constant reference for me. I mentioned him in an article published the day he died. Brooks and Robert W. McChesney were talking about the future of the press over a decade after print advertising crumbled. Could journalism be nationalized or subsidized? It was a fascinating conversation and typical for his show. I thought I would be listening to him and reading his work for years to come.

Brooks never succumbed to petty infighting and never became a caricature of other leftists, constantly screaming at each other and having nervous breakdowns over excessive clapping or criticisms of Elizabeth Warren (he was right about her). Brooks loved the DSA but ruthlessly mocked the left’s over-sensitivity. That combination alone made him essential if you wanted to hold onto any hope of a productive and positive future.

The death of Michael Brooks is so tragic I have no reaction beyond total denial for the time being. The work he would’ve done, it’s impossible to think about. I can only think of Alexander Cockburn’s death in 2012—sudden, but 71. This is just ridiculous.