Even if Marty Makary is right about imminent herd immunity, our attenuated half-open, half-incubated reality isn’t going away any time soon. 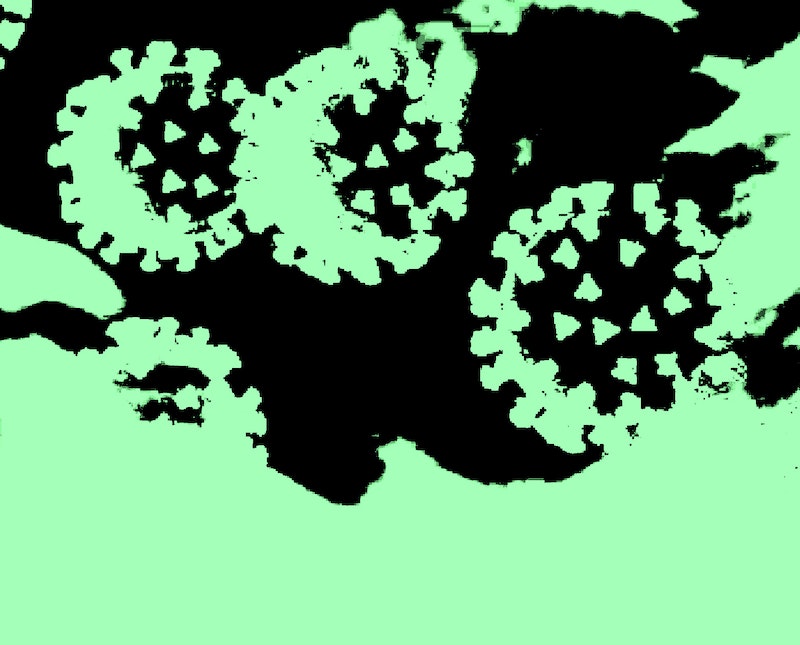 Are you telling me that a shrimp did this dissertation? Are you telling me that a shrimp passed his doctoral exam? Are you telling me that a shrimp, not only fried this rice, but successfully got COVID-19 cases to plummet 77 percent over the past six weeks? Insane… then again, 2020. Still the year, same year. Marty Makary’s article in The Wall Street Journal last Thursday, “We’ll Have Herd Immunity by April,” should’ve gotten more play. Why didn’t it? What happened? Is this a controversial opinion? Appearing on Fox News, Makary: “There’s a 76 percent reduction in daily cases over the last six weeks… You, as a scientist, have to ask why. And we cannot explain that by vaccinated immunity. We can’t explain it by a sudden change in behavior. It’s natural immunity, and it’s now over 50 percent of the population.”

Alright—a shrimp didn’t do this. A shrimp had nothing to do with this. But something is making COVID-19 disappear in the United States, and I don’t care who, what, how, or why. Let the sunshine in. These may be Pollyanna opinions—and they are, according to CDC Director Rochelle Wallensky (“We believe that much of the surge of disease happened related to the holidays, related to travel.”) But I trust the guy from Baltimore, or the guy working in Baltimore, or the guy who travels to Baltimore every now and then to do some deep shit in the labs on the East side. I really don’t know who to trust or how to take anyone seriously, especially we approach a year of living in a golden era Paul Verhoeven movie: nothing works and everything sucks and is loud.

Last Friday, I was walking in Charles Village when a huge, booming voice seemed to come up from the train tracks along 26th St. (the same tracks featured in man-of-the-moment Adam Curtis’ 2016 film HyperNormalisation, the entire block swallowed by a mudslide). I thought it might be a bus, but this was too loud, and sounded more like an Amtrak announcement—no more time to think, when the gigantic NAACP truck turned the corner and its blaring message became clearer: “THANK YOU CITIZENS OF BALTIMORE CITY FOR HELPING TO SLOW THE SPREAD OF COVID-19. WE WILL GET THROUGH THIS PANDEMIC TOGETHER. IF YOU WANT A CORONAVIRUS VACCINE, YOU CAN GO TO OR PLEASE CONTACT…”

It turned another corner, pulled off, and quieted down. As I caught up with the truck, the driver got out and started taking down the sign featuring faces I couldn’t make out without my glasses, and I could see the portable PA’s secured with belts along the flatbed. I realized it was the first time I’d heard someone’s voice amplified that loud in nearly a year. Around this time in 2020, I was planning with Tom Faison and Gillian Waldo getting ready to go to CPAC to film then-President Donald Trump speak, and interview his supporters there. I remember talking with Tom about the coronavirus, and he, like almost everyone I talked to in the first two months of 2020, brushed it off, and invoked previous scares and close calls like H1N1 and Ebola. “You’ll be fine.” He was more sanguine than another friend of mine, older and (one would hope) wiser, who casually told me in late February: “I mean, you’ll probably have to be hospitalized, but it’ll be fine.”

The CDC Director wasn’t alone in refuting or aggressively dismissing Makary’s op-ed, but as always, many would rather keep the world sick, offering only remedies, not cures. New vaccines multiple times a year, “new variants” coming to America, lots of people working inside. I only bring this up insofar as powerful people with vested interests in keeping people sick and scared. Even if COVID-19 disappears by April or May, a year-long quarantine is unprecedented in modern history, and certainly in our bizarre country. Any attempt to “restart normal life” won’t be hampered by COVID and its various spinoffs, but by the extreme inconsistency in extreme new social behaviors.

This all depends on where in America you’re talking about—maybe in Texas, where Hell has frozen over and governors and senators have hell to pay, people aren’t so hesitant—but I can’t imagine any New Yorker who lived through the spring of 2020 in that city is going to go into the “new world” in anything close to the same condition as a resident of Baltimore City or Detroit or either of the Dakotas (where outbreaks were massive, but people largely haven’t changed their behavior or beliefs).

A packed movie theater in April 2021 is an impossibility in this country, and with good reason: no one is going to have a good time. This attenuated reality we’re in right now, where certain things are half or 1/3 open and people are walking in circles around closed restaurants and takeout stands next to largely empty schools and even more deserted movie theaters, is really weird and makes me want to keep this thing going for another year rather than “scale up” through various stages of “pandemic life”—just let me know when everything is open again. I haven’t been able to watch new movies at home without getting depressed about the total lack of conversation online and in real life about them—what is Nomadland?

Has anybody been cleaning the Landmark in Harbor East? I hope so. Hello neighbor.

As I write this, on February 20, the U.S. death toll from COVID-19 stands at roughly 497,058. I can’t imagine we’ll reach March without passing half a million. And then, maybe, with some help from Johns Hopkins doctors and the TSA preparing to hire 6000 new screeners for the expected upsurge in spring and summer travel, the virus will just, as former President Trump said last year, “just go away.” Wouldn’t that be nice? I think he said that, too. That’s okay… I’ll keep quoting that garbage.