The “rules” no longer apply for anything uncomfortable to Democrats. 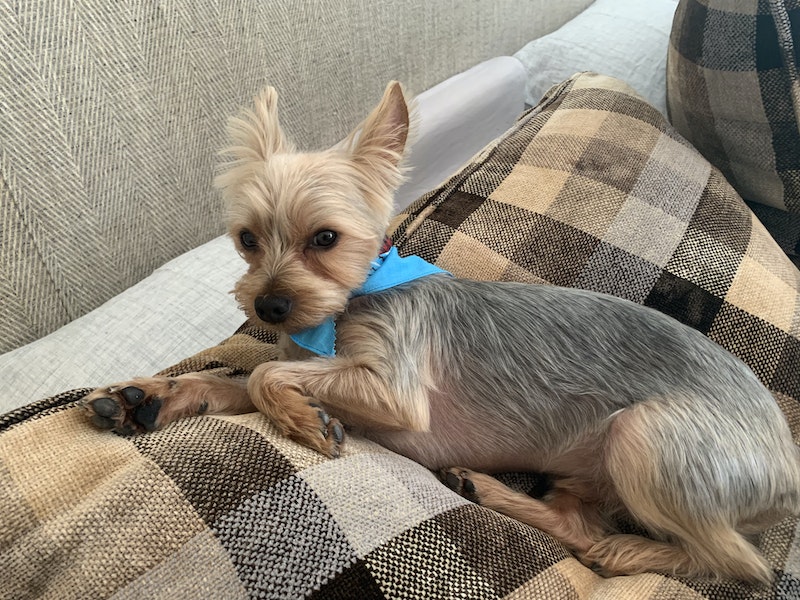 A buck is a buck and I don’t begrudge anyone in business attempting, legally, to shore up their balance sheets. This week, following a month of turbulence in the financial markets, panic buttons are lighting the sky more fiercely than the omnipresent helicopters that hover over cities presumably looking for scofflaws and potential smash & grab bad men and women who help themselves to luxury goods in broad daylight, as passersby hardly notice, distracted by their cell phones or simply shrugging it off as The Way We Live Today. A week ago, after Fed Chair Jerome Powell (putting on his Paul Volcker mask, hoping to take credit for an eventual economic recovery, but if anyone at this point really believes he knows what the fuck he’s doing, I’d welcome an explanation), The New York Times ran a story about the 75 basis points interest rate hike, with the headline, “After a Big Rate Increase, Markets Fear a Recession.”

As most—in Times style—“ordinary” Americans know, the recession began six or seven months ago, regardless of the “rules” in officially declaring it as such. I’m now in disbelief that I typed the word “rules,” since that quaint idea became quaint many years ago, not only in finance—hard to believe now but it wasn’t that long ago, for example, that a positive jobs reports at a month’s start was cheered by the markets and financial “experts,” but that’s out the window too—but in education, popular culture, politics and transportation as well. Another problem: despite so many election statisticians warning that the ever-increasing number of polls published today might not be accurate—no shit—polls are followed avidly by Democratic and GOP partisans, who cheer on a “win” for the cycle, until John Fetterman or J.D. Vance, for example, are slammed by a new poll. I look at Real Clear Politics every day—and the Times’ Nate Cohen when he publishes—but I won’t take any midterm predictions seriously until Election Day. Not incidentally, if anyone understands Liz Truss’ motives in the UK—love her tax cuts scheme, but now?—that’ll be the day. Not when she dies, but instead is forced to say hey to Survivor Boris Johnson.

A couple of weeks ago, our family Yorkie, Billy Smith, was laid low by a dog virus that was going around the neighborhood. One day, this normally stoic and ferocious (in his mind; he weighs just seven pounds but has the bark of a pooch five times as big) dog was lethargic, didn’t touch any food, barfed, had episodic bouts of diarrhea, and a parasite that came from sniffing dog messes on his walks, none of which was pleasant. He even skipped our five-times daily ritual of him gnawing on my hands and wrist, waiting for me rub his nose. My wife took Billy Smith to the veterinarian, a person who’s administered shots and the like to him since we paid through the nose for the newborn Billy nearly two years ago. Anyway, he was diagnosed—the vet, confirming the neighborhood scuttlebutt, said he’d seen a lot of pet dogs with the same malady—and given a temporary restricted diet and several prescriptions for antibiotics and anti-nausea medicine. Not cheap, but as we’re fortunately not living in a squat, it was a reasonable expenditure. But the kicker, and this takes me back to the beginning of this story, was that the vet also suggested, to ease my wife’s mind, that x-rays could be administered, the cost of which was upwards of $500. My wife, ever-polite (another quaint characteristic today) asked if this procedure was necessary. The vet responded that Billy Smith was in no imminent danger, and the x-rays were a “peace of mind” benefit. Melissa said no thanks, and toddled off to get the dog’s list of restoratives.

I’ve no doubt that others went whole-hog, and paid for the x-rays, and this is what I mean by saying a buck’s a buck, and if merchants/doctors can squeeze a little extra something by mere suggestions, they will. I cast no aspersions, for as Calvin Coolidge said, and this ought to be taught in every high school, “The chief business of the American people is business,” but buyer beware. It reminds me of the dipsy-doodle conversations I had with our dentist about a decade ago—on five occasions at least—in which he attempted to persuade me, at 60, to get braces for my crowded bottom teeth. We went round and round, and finally I had to say to my dentist (not incidentally, the best I’ve ever had) “Tom, can we just table this now? I don’t give a shit how my bottom teeth look, and certainly am in no mood to shell out thousands of dollars for a cosmetic upgrade.” He laughed, assented, and then we resumed our thrice-annual discussion of Baltimore City government corruption, and libertarian politics.

The country’s not in a recession? I’d point that out to my friends at the local Starbucks I frequent every day—it’s the most convenient, I have no particular allegiance to any coffee chain or independent café—when my order costs 92 cents more than the day before (three increases this year alone) but pricing isn’t in their purview and besides, they agree. Starbucks executives, to pick on just one corporation, are undoubtedly gouging the customer while they can, before declining sales dictates lower prices and layoffs. I don’t clip newspaper or online coupons (if they exist) but was taken aback at a Safeway yesterday upon seeing that a tube of Colgate toothpaste cost $8.99. Never mind disposable razors (under lock and key at CVS), that was a lost cause long ago.

Then again, I could be full of beans on this subject: this recession, the inevitable result of an overheated economy and then the unprecedented Covid complications, isn’t analogous to 2008-09 or most of the 1970s. It’s a beast of its own. Not that Joe Biden comprehends this (what he does comprehend is up for debate) as his class-war student loan forgiveness—estimated by the CBO to cost $400 billion—demonstrates. Maybe that giveaway provides more votes for the Democrats—even if Biden’ unilateral policy doesn’t take effect until the end of the year, if it survives legal challenges—but maybe not. I don’t know. I’m not a pollster.