As Society Moves Forward, What Will We Value?

Policing and education are in need of help. 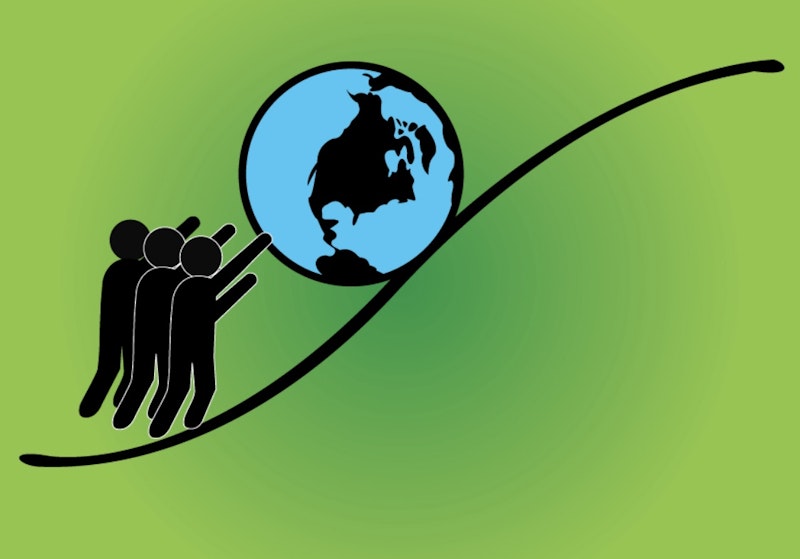 All systems need updating over time. Institutions often run on inertia, dragging best and worst practices from the past into the present. How we deal with the tumultuous present and the uncertain future of our institutions depends on how adapt.

Policing needs reform. In May, 2015 President Barack Obama’s 21st century police reform task force concluded its report. The needs are many and the solutions are complex. Fixing policing means reinvesting in long-neglected communities and changing the dynamics that lead to dangerous situations. It means officers walking the beat rather than cruising in cars. As Russ Smith recently wrote here at Splice Today, It also means confronting the power of police unions in order to hold officers accountable.

Both police and teachers unions are powerful and can get in the way of progress, especially as it pertains to solidarity over accountability. There are officers who actively disdain the people they're paid to protect and serve (all Americans), and there are teachers whose personal commitment to their students has been severed. Some in both professions are just burnt out. Others were never fully in. Either way, all need to be reviewed instead of ignored or enabled.

On the other hand, budget cuts will soon be wreaking havoc on California's public education plan and without the unions, more quality teachers would be getting fired right now.

Low pay is one of the major reasons we have shortages in both occupations. In addition to modest salaries, we don't train cops or teachers in the ways we need to and don't set them up to learn from the best mentors. Too often new cops and teachers are thrown to the fire immediately and they either leave or get jaded quickly.

My experience in a California State University teacher-credentialing program was heavy on theory and low on practical experience and mentorship. Instead of having any say in our student teaching placements, we were assigned high schools. We weren’t asked to examine ourselves as students, in order to think about how we might best serve the varied needs of our students. It was my experience that served me well in teaching. I’d attended both a small liberal arts college and a large state university. I’d worked in a dozen, mostly short-term, jobs around working adults. That background helped me as a new teacher. I started teaching in 2007, as the economy was crashing. Finding a full-time position wasn’t easy. I took what I could get. I learned from the assorted part-time positions. For a long time, I felt like I was on the outside, knocking on the door, while I waited for an opening.

In Smith’s article, he mentions the possibility of establishing a Peace Corps-like program, perhaps with higher pay, as a way of bringing new teachers in to change the culture of school systems. Teach for America is one of these programs. Though it’s highly regarded, it has become a launch pad to other careers for young aspirational college grads. The two-year commitment rarely leads to a career in teaching, as only about 25% of those teachers remain after five years.

Perhaps in an increasingly hollow economy, the higher pay would be enough to build higher retention rates among teachers. Still, forcing even more young people, uncommitted to two difficult professions, to do those jobs as a way of bridging the gap between college and their adult lives, with no lasting commitment, will likely lead to even less stability in both professions.

In all community work, it starts with knowing and respecting the existing community. Cities are already dramatically changing due to the pandemic. Restaurants and bars may never again be the social hubs of cities that they have long been. Companies are adapting and starting to question the cost of long-term commercial leases. All jobs that can be done at home have been moved there. Few people are nostalgic for their commutes. With these changes, cities that have been catering to the young and wealthy and pushing out the poor (often people of color) will need rebuilding.

Online learning is an ongoing experiment. It exacerbates existing educational divides and those without technology resources and/or well-educated parents have struggled to keep up. School’s a place where learning happens, even in the lowest-functioning schools. Home isn’t always a safe place for learning. It’s scary for many to imagine, but school’s the safest place for some students. It’s also a place where students know they’ll be able to eat. We need to reinvest in schools and teachers, rather than simply cancelling them.

What we need is a renewed public commitment to the future of our communities, regarding safety and education. We need to rebuild a largely extinct middle class, not a society based on servicing the wealthy. We need people to become aware of the cost of neglecting communities and recognize the impact of economic inequality on our housing and school systems. Our schools, like our neighborhoods, are still often heavily segregated. At The Conversation, Professor Erica Frankenberg has analyzed data on school demographics. Frankenberg finds, “More than 40% of black and Latino students attend intensely segregated schools, where at least 9 in 10 students are people of color.” These are often low-income schools in low-income neighborhoods. These levels of segregation perpetuate the severe inequality of economic opportunity and lack of social mobility based on race and socioeconomic status we’ve seen in recent decades.

Rather than incentivizing police to lock people up for non-violent offenses and schools to ignore or suspend the most troubled and at-risk students, we need to build incentives that promote community policing around de-escalation and school communities that promote teacher support and mentorship.

In the summer of 2016, protests emerged after the killings of Philando Castile in Minneapolis and Alton Sterling in Baton Rouge. One of those protests took place in Dallas. A gunman killed five Dallas police officers during what had been a peaceful protest. President Obama spoke at the Memorial for those five officers. The speech was powerful and badly needed. I used it for a class analysis in my High School Humanities classroom that fall. In the speech, Obama echoed Chief David Brown’s words, explaining the ways in which our society has created an impossibly demanding role for modern police officers in many cities:

“That so much of the tensions between police departments and minority communities that they serve is because we ask the police to do too much and we ask too little of ourselves. As a society, we choose to underinvest in decent schools. We allow poverty to fester so that entire neighborhoods offer no prospect for gainful employment. We refuse to fund drug treatment and mental health programs. We flood communities with so many guns that it is easier for a teenager to buy a Glock than get his hands on a computer or even a book -- and then we tell the police “you’re a social worker, you’re the parent, you’re the teacher, you’re the drug counselor.” We tell them to keep those neighborhoods in check at all costs, and do so without causing any political blowback or inconvenience.”

The task force that Obama put together helped him understand the complexity of policing and the needs of the communities that are often targeted by police. The recommendations of that report have been largely ignored. So it’s no wonder we see streets full of people demanding justice.

Will we insist on changing these patterns? As this pandemic has demonstrated, our economy has been on shaky ground. The financial markets don’t reflect our economic reality. Many of us wait for society to reopen as the virus spreads. As unemployment grows and food scarcity increases, some can’t wait any longer. We need progress now.