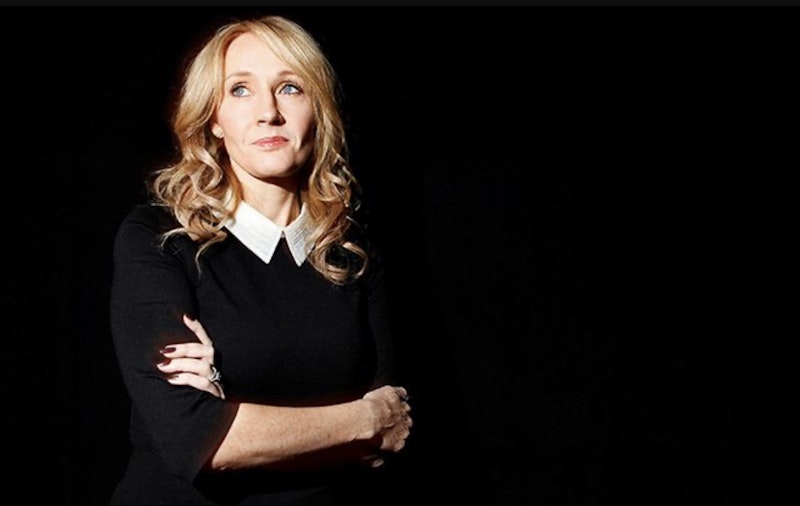 J.K. Rowling, a liberal in good standing for a few years, held her own against pro-transgender critics (as I discussed in a June 10 appearance on Austin Petersen’s radio show) who were angered by her shocking position that there are actual biological women.

Though many Millennials are cowards, they didn’t all abandon her, not even when actors who owe their lives to her, such as Daniel Radcliffe (who may identify as male, I’m not sure), did. Good for her. But then the young, even more politicized staffers at Hachette UK—publishers of her latest book, The Ickabog—threatened to strike if their bosses published that modern fairy tale. The publishers, to their credit, stuck by Rowling, though one would hope such companies think twice about hiring left-wing staffers in the future.

Of course, publishers will usually back what sells, and they’ve been kicking themselves for years over letting Harry Potter end up at Scholastic instead of the couple dozen other houses Rowling showed the manuscript to in vain before Scholastic. It’ll take more than a few angry leftist staffers to make publishers risk letting another Potter-sized fortune slip through their fingers. Score one for capitalism and free speech, which go together more often than not.

But writers such as the young and chronically worried Abby Ohlheiser at MIT Technology Review will go on worrying that Rowling is inflicting “pain” on her trans fans (who, statistically speaking, are perhaps about one third of one percent of her fans), then the next week worrying that liberals are coopting K-pop, then worrying about something else being assimilated or going uncensored or being problematic the next week. The worrying will never end. It’ll also never make the world a better, stronger, freer place.

To retroactively fix all celebrities’ earlier works in a world of shifting and deliberately-ornate political preferences will increasingly, I fear, require using actual magical time travel.

Rowling has come about as close as humanly possible to doing just that with all of her post hoc revisions to her own work, declaring characters gay who weren’t obviously so when published, etc. But, horrors, no one realized when Harry Potter became big around the turn of the millennium that a cornucopia of mostly newly-invented, or at least newly-named, genders would open up right around 2013 and immediately become morally mandatory.

Liberal Rowling, by the way, doesn’t even deny there can be “trans women,” she merely denies that one is a woman just because one declares it to be so, as if it’s just a political choice. But Rowling’s very standard linguistic caution, alas, is not good enough by current trans activist standards. And so while they stay angry, we wait to see if Rowling tells the left to go fuck itself, as a growing number of people, famous and non-famous, even some trans people, must surely by now be ready to do.

Ohlheiser, who I’m sure means well, also frets that Rowling fan fic has long been more queer than the official novels are, as if that’s some lapse on the real author’s part. I’d make some joke about leaving all political and gender choices up to the Sorting Hat, but it’s a safe bet that joke’s been done in one of those fan fic stories by now—and it probably offended someone.

The interesting and alarming thing about all this to an Orwell-admiring former philosophy and literature major like me is not that sexually-unusual people might get their way. I want everyone to be happy. It’s the presumption that if you concoct a novel way of using language, such as decoupling the labels for the sexes from biology, that new way of using language is instantaneously mandated for people who are comfortably, efficiently, non-hatefully using a very slightly different lexicon than you are that has been serviceable for most interactions for centuries. By what committee edict were they all overruled? And even if you identify such a committee, why must we listen to it?

To the stubborn, fanatical trans activists and trans-enablers who at this point double down and insist that in fact they have science, tradition, and centuries of reality on their side (perhaps because of a few rare hermaphrodites or some nearly forgotten linguistic conventions around eunuchs, what have you), we should say two things: first, you can do whatever you like as long as you leave me out of it, but second, once you admit the existence of longstanding linguistic practices, please drop any hope of convincing sane people that gender and language are just recent arbitrary conventions.

Sexual dimorphism—the division of life into males and females—has been the basis of and causal reason for much of multicellular life for no less than a billion years now. That’s no reason to be mean to the trans people, but before they imagine they have the right to dictate linguistic conventions or the meaning of science to the rest of us—decreeing that by trans fiat all gender is now and has always been a spectrum, etc.—they ought to wait an appropriate length of time to establish their seniority rights. About, say, one billion more years. Then I’ll continue the conversation in whatever hyper-politicized terms they choose, politely as always.

Until then, it could prove a passing terminological fad in the grand historical scheme of things, like the belief Native Americans are “Indians” or northwestern Europeans are “Aryans.”