That Was the Week That Was

The Jefferson Memorial’s in danger. 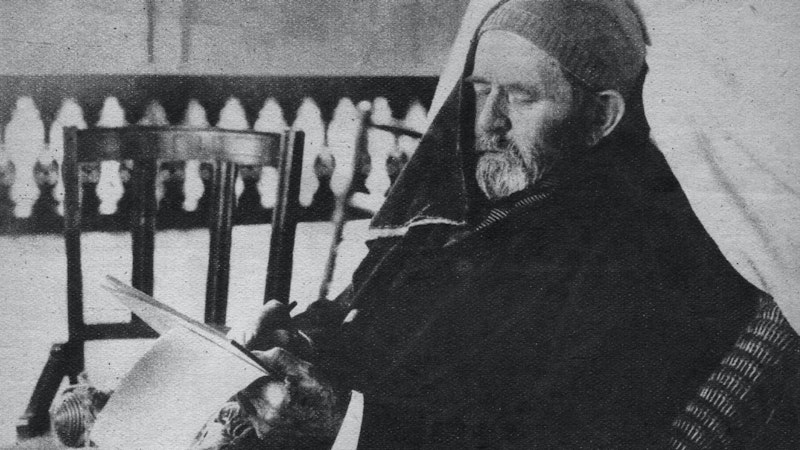 Ulysses S. Grant working on his memoirs shortly before his death, 1885

Like millions (one would assume) of Americans who found out over the weekend that the statue of Teddy Roosevelt outside the Museum of Natural History in Manhattan is slated for removal, I was taken aback. I texted one of my sons, still sleeping, about the news and upon stirring he replied, “Terrible.” And, like others, after considering the matter, it doesn’t bother me all that much. I can see why some are upset seeing TR on his horse, flanked by a Native-American and African-American, who, it could be argued, are playing second-fiddle. I do hope that the statue is preserved and put in an exhibit hall inside, since I don’t like the harum-scarum toppling of monuments. No objections here for scuttling the tributes to Confederate generals and sympathizers—although one wonders why they weren’t defaced/destroyed in the 1960s—but again, instead of pretending they never existed, wouldn’t it serve a better purpose to install them in local museums, with whatever appropriate wing name, rather than tossing the remnants in the trash? (At least the ones that were actually from the 19th century.)

Let the British fight among themselves about the waning glorification of Winston Churchill—born not so long after WWII (1955), I say give Mr. Brandy and A Stogie for Breakfast a break—since here in the United States the recent vandalism of a U.S. Grant statue (in Portland, naturally) is bad news. Not just for the sake of the complicated Union General/18th President’s memory, but also for the precedent it creates. Would it surprise anyone if the Jefferson Memorial in Washington, D.C. is soon retrofitted as a learning/cultural center dedicated to celebrating those afflicted with bully-target birthmarks? And God only knows what’s to become of the Washington Monument in DC (and Baltimore), not to mention George and Martha’s Mount Vernon home in Virginia.

By the way, I’m not sure if any statuary of Andrew Jackson still exists after his legacy was tattered 20 or so years ago, but what’s with the holdup of replacing his visage on the $20 bill? I thought that was a done deal during the Obama administration, with Harriet Tubman, Al Sharpton, Louis Armstrong, Rodney King, Susan B. Anthony or (my favorite choice) Bessie Smith ready for the spotlight. Everything else is on triple-time these days, but replacing Old Hickory is moving at Yertle the Turtle’s pace. (Has Dr. Seuss’ Yertle been #cancelled yet? Or Dr. Seuss? It’s very hard to keep up.)

Not unrelated to all this erasure of history, by all means make Juneteenth a national holiday. I suppose the same ostriches that objected for so long to Martin Luther King Day (like the late St. John McCain, who voted against the holiday in 1983 and didn’t “evolve” until he ran for president in 2008) would put up a fuss, but it makes sense to me. Never mind that until four years ago I’d never heard of Juneteenth—my older son explained the derivation to me, which he’d learned in 2015—despite my lifelong fascination with American history and a reasonably rigorous education growing up.

It could be that when I took a course on the Civil War with a respected, and very liberal, professor at Johns Hopkins in 1976, he might’ve mentioned Juneteenth in passing, as in one sentence during a 30-minute summation of the Civil War’s aftermath. Now, everybody’s an expert on Juneteenth, and some—whites, with a lower-case “w”—dubiously claim it’s been marked on their calendars for 40 years. That’s not a picayune observation but rather a “speaking truth to truth” fact that’s now inconvenient.

Anyway, on the subject of both federal and what-the-hell holidays (some more frivolous than others) in the United States, why not just jettison Columbus Day, which has long met with disfavor. And, since Washington and Lincoln have had their days bastardized into “President’s Day,” why not ditch that one, too. (That won’t happen for two reasons: Americans like the three- or four-day holiday, and retailers—who ought to be fined for TV spots that open with “Happy Memorial Day” and “Happy Veteran’s Day”—would put up a stink. But when you think about it, doesn’t Independence Day cover the Father of Our Country, and, for preserving the union, Honest Abe as well?

As we near July 4th—of course, at least on the East Coast, every day’s been July 4th lately, with all the fireworks (probably sold in the black market, unloaded by manufacturers who, because of COVID-19, saw their demand dwindle) exploding every night—I was reminded of a fine essay by Andy Kessler in The Wall Street Journal earlier this month on the subject of Flag Day, which, as almost no one in this country realizes, falls on June 14th. (Technically, that’s another “Juneteenth” marker, yet another reason to change the name to Freedom Day or Emancipation Day, something less unwieldy.) Kessler grew in Bridgewater, NJ, where in 1777, the 13-star American flag flew for the first time, which, as he writes, explains why Flag Day is his favorite “holiday.”

He writes: “I’m not rah-rah patriotic—I have as much disdain for those who hide behind the flag as those who trash it… Today you can have the Stars and Stripes on your underwear and sneakers—though Betsy Ross got bounced off Nike’s Air Max 1 USAs. Canceled. Scrubbed. Too bad. I always think of the flag as a banner of opportunity for everyone… To me, the flag means only one thing: If you respect freedom enough, anything is possible.”

I believe that, too, although I’ve never been much of a flag-waver. I remember as a youngster on Long island, there was an old mothball-smelling flag in our perpetually-flooded cellar, probably from WWII, but it was never put to use on July 4th (or Flag Day). In my immediate neighborhood—the extension of LaRue Dr. in Huntington—as I recall maybe three of the 14 families hoisted Old Glory for special occasions. A conservative vet (by more recent nomenclature a “redneck”) who worked at Raytheon made a production of flying the flag; he was an ornery fellow, though his wife and kids were very pleasant, if not particularly on-the-ball. More interesting was the case of the cul-de-sac’s most intellectual family: the husband was Turkish and wife Anglo, and they had a mysterious and gorgeous daughter who was quietly witty and high on the hubba-hubba scale. At some point as a teenager, after Christine had long vanished into an undoubtedly successful professional life, I looked back and thought she could’ve been a double for Sara Lownds, Bob Dylan’s punching-bag wife.

I never really understood the rage, prevalent in the 1960s and early-70s (and perhaps today) over protesters or pranksters burning the flag. It’s just a piece of cloth, after all. After 9/11, like so many other families and individuals in New York City and other parts of the country, for almost a year we put a giant American flag in one of the windows of our 11th floor loft. At an awful period for the country, there was a beauty to walking the streets and seeing flags all over Manhattan. It’s hard to envision, at least in the remainder of my lifetime, that weird but wonderful serenity, especially at sunrise and sunset, replicated again.