Doug Gansler gains, while GOP is not a factor. 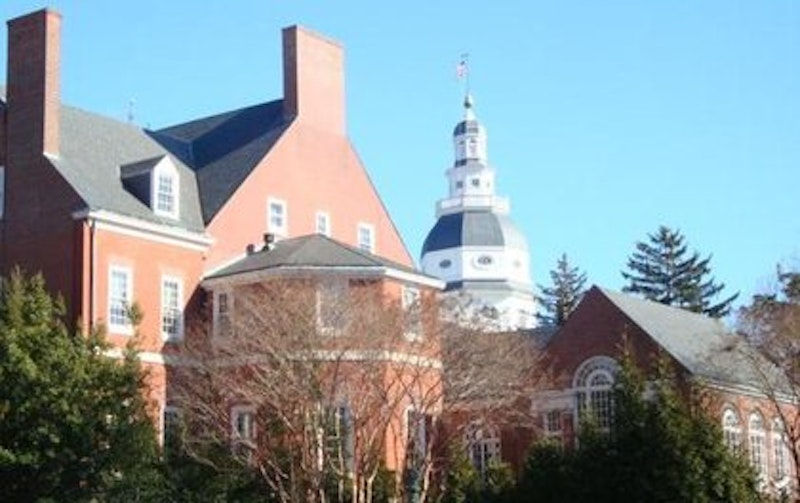 Finally, after being straight-jacketed for three months by issues advancing through the General Assembly, the Democratic candidates for governor of Maryland are beginning to display degrees of separation and departure in the tone and vision of the state they want to govern. And nobody ever said democracy in action comes cheap.

Republicans are candidates of a different disposition. Their sole intent is to deconstruct government without considering that the very institution is the glue that holds us together and the antidote to anarchy. It’s a contortionist’s accomplishment to be anti-government and law-and-order simultaneously.

But the three Democrats, to one shade or another, are revealing lately that they’re niche candidates within the broad framework of the party—from the progressive and populist flank at one end to widening the eye of the needle at the pro-business end.

Only a state as wealthy as Maryland can afford a candidate for governor as generous as Lt. Gov. Anthony Brown. Brown is the most conventional and predictable candidate of the three who can’t seem to shake the legacy of traditional Democratic thinking. His candidacy is built simply on adding more bricks to the pile. Even more of a throwback in the electronic age is Brown’s reliance on endorsements, of which he has many, as his campaign’s centerpiece, hoping, presumably, to ignite a bandwagon effect. But the bandwagon is stalled. Forty percent of the voters remain undecided, according to most polls.

Under the hackneyed and unoriginal campaign heading, “Building a Better Maryland for More Marylanders,” Brown has proposed an arm-long list of costly programs and expansions to fit nearly every constituency within the Democratic realm—from veterans, to labor, to women, immigrants, children, college students, minority women, foster parents, pot-smokers, the unemployed, the ill-housed, domestic violence victims and yes, even to business. Did he overlook any?

After an awkwardly self-destructive and stuttering start, Attorney Gen. Douglas Gansler seems finally to have developed a steady pair of sea legs. He is easing ever so gently to the party’s muddled middle on business and fiscal issues though he’s decidedly liberal on most social matters with the notable exception of capital punishment. For the death penalty he reserves a prosecutor’s predisposition. Gansler, who’s in the number-two slot in the polls, is positioning himself to the right of Brown on economic issues. He has nowhere else to go.

Gansler has proposed a one percent cut in the business tax to establish Maryland as a serious competitor with neighboring states, especially Virginia. And he has called for a comprehensive review of tax policy as well as a variety of cuts in government spending, most notably by eliminating the office of special prosecutor which he views as redundant. (N.b. Legislation to establish the office of special prosecutor was rejected twice in the 1970s by the General Assembly before it was finally sent in desperation to referendum and approved by the voters. There have been repeated threats by the legislature to abolish the office by eliminating funding. The annual savings would be about $1.5 million, according to Gansler.)

But Gansler’s stock-in-trade issue is the relentless hammering of Brown over the humiliating and costly failure of Maryland’s health care exchange. Brown was given the titular role of overseeing the implementation and launch of the system. Gansler’s campaign seethes with repeated questions about Brown’s leadership abilities—if he can’t launch a health care exchange, how can he run a state?

Del. Heather Mizeur (D-MoCo) is by far the most original, innovative and provocative thinker of the three, though some of her proposals may be too progressive and bold for Maryland’s mainstream Democrats at the moment. The proud Takoma Park liberal is also independent. Right up front, Mizeur is openly gay and has agreed to accept public financing of her campaign, which tops off at about $2.5 million, an inherent disadvantage from the start by comparison to her opponents’ millions.

Mizeur was way ahead of the pack on the legalization of marijuana, though her legislation failed for the time being but is under further study. She has called for the legalization of physician-assisted suicide for the terminally ill, legal in three states—Oregon, Washington and Vermont—but probably a hard sell in heavily Catholic and Jewish Maryland where both religions view suicide as a taboo. Mizeur has fought for equal pay for women, suddenly a popular cause, family medical leave, a state-run retirement savings program for senior citizens, a much broader Pre-K program than either Brown or Gansler has proposed, and the appointment of an independent commission to draw redistricting lines.

Republicans present, by definition, a sharp contrast and a whiplash lurch to the right. Their message of fiscal and social retrenchment resonates in the rural margins of the state but has little or no reception in Central Maryland, the heart of the Democratic Party in the five populous subdivisions along I-95.

Larry Hogan is a late entry in the campaign for governor, displacing David Craig as the numerical leader of the GOP pack not only in the polls but also in fundraising as well. Hogan is viewed, fairly or unfairly, as a proxy for former Republican Gov. Robert Ehrlich Jr., whom he served as appointments secretary. Hogan even chose as his running-mate another Ehrlich cabinet secretary, Boyd Rutherford. Hogan had announced his candidacy in 2010 but stepped aside when Ehrlich decided to try and reclaim the governorship from Gov. Martin O’Malley who snatched it from Ehrlich in 2006.

Hogan had a good idea of how to rally voters, but he may be a couple of years too late. He formed “Change Maryland,” kind of a mild-mannered protest group that claims 75,000 members and is patterned loosely after the Tea Party which has run its course and hasn’t made a lot of noise lately, especially after shouldering much of the blame for the government shutdown.

Hogan pledges to restore “fiscal responsibility and common sense to Annapolis.” He accuses the current administration and by implication the Democrats of “imposing record taxes, dong nothing to stop the loss of jobs and job creators, and pursuing an out of touch agenda that leaves Maryland’s working families behind.”

From Craig comes the same GOP message: “I will repeal, reduce or eliminate any tax or fee that is impeding job growth—rain tax, business taxes, income taxes, sales taxes and fuel taxes for starters.” Craig does not suggest how to replenish the state’s coffers that keep the state running at a cost of nearly $107 million a day, 70 percent of it for health, education and transportation.

Ditto Ron George, who would lower the corporate tax, cut the income tax by 10 percent and repeal the rain tax as well as the gas tax. Going step beyond his GOP rivals, George would also repeal the Affordable Care Act. Republicans in Congress have voted at least 50 times to repeal Obamacare but the health care program is gaining in numbers and acceptance and appears ready to join Medicare as an untouchable staple of American government.

Finally, Charles Lollar, a black Republican who ran for Congress in 2010 as a Tea Party candidate, avows that he’s also a mini-me on lowering taxes. “We should not allow the state and the federal government to take 38 cents of every dollar we raise and should demand better,” Lollar says.

Not a single candidate from either party has addressed elemental questions: How will Democrats fund the programs they’re proposing; and how will Republicans make up the revenue they’re planning to cut.