Virginia is for Lovers

But only the heterosexual married kind. 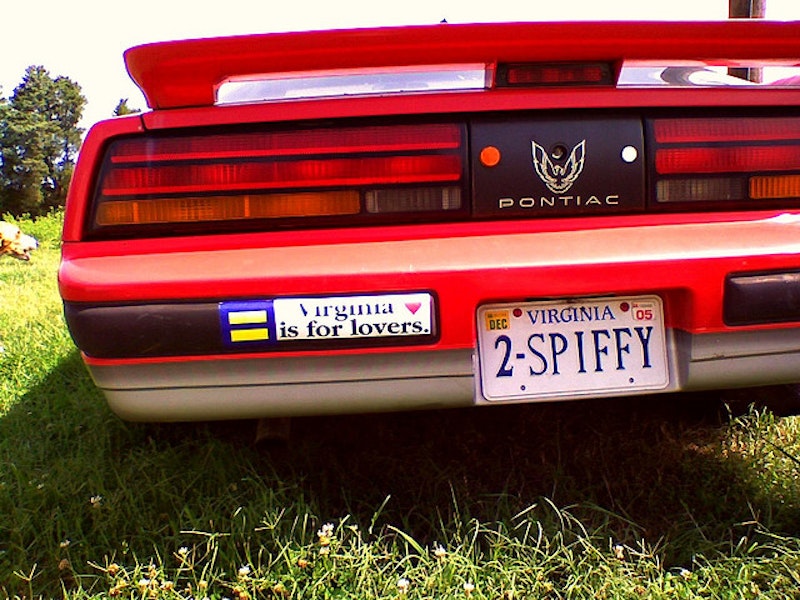 Last week, Virginia's State Board of Social Services voted down proposed revisions to the state's adoption laws that would have expanded the categories protected from discrimination to include sexual orientation, gender, age, religion, political beliefs, disability and family status. Currently, only national origin, race and color are protected, and only married couples and singles can adopt.

So despite the fact that there are currently 1300 kids in state care cleared for adoption, religious groups would rather they stayed orphans than lose their ability to discriminate against gays, unmarried couples, people of other religions and libertarians, if they feel like it. The groups argued that forcing them to accept potential adoptive parents whose beliefs or lifestyle differed from their own would be making them act against their own consciences. I suppose it doesn't matter if an child has to spend their entire adolescence in foster care or group homes, so long as your religious sensibilities aren't offended.

Of course, their real goal is to shut out potential gay parents, a purely religious bias, since there is no evidence to suggest that children placed with gay couples fare any worse than their counterparts placed in traditional families. In fact, many studies show that the sexual orientation of parents, whether biological or adopted, has very little influence on family function or child outcomes, including the child's sexual orientation. There is even some research, though limited, that suggests children raised by same-sex couples do better in school, have less behavioral problems, and have higher self-esteem on average than children raised by heterosexual parents.

It is equally clear that children who spend time in state care face significant disadvantages. They report higher rates of mental health issues than other children. They have higher rates of criminality, homelessness and suicide. Some studies even suggest that staying in a “marginally abusive” home might be better than going into foster care. What these kids need is just a permanent, loving home, not one that passes some arbitrary litmus test for the correct theological and political beliefs.

Why is it that the screening of prospective parents has been left to religious organizations anyway? If you are licensed by the state, you should working for the good of the community, and I fail to see how discriminating against qualified adoptive parents helps anyone. These organizations should be thanking their respective gods for any loving potential parent who comes to them, not playing politics with kids' futures.

This is yet another example of how allowing religion to creep into government works to its detriment. If someone wants to believe that homosexuality is a sin, that's their right, but they are accepting that idea on faith, not because there is any evidence that is is true. They shouldn't be sacrificing the well-being of the very children they are supposed to be helping to support that theological gamble. If they can't put the needs of children ahead of their own unsubstantiated beliefs, then they shouldn't have been licensed to perform adoptions in the first place.