A Holocaust in Slow Motion

Protests are necessary, pandemic or not. 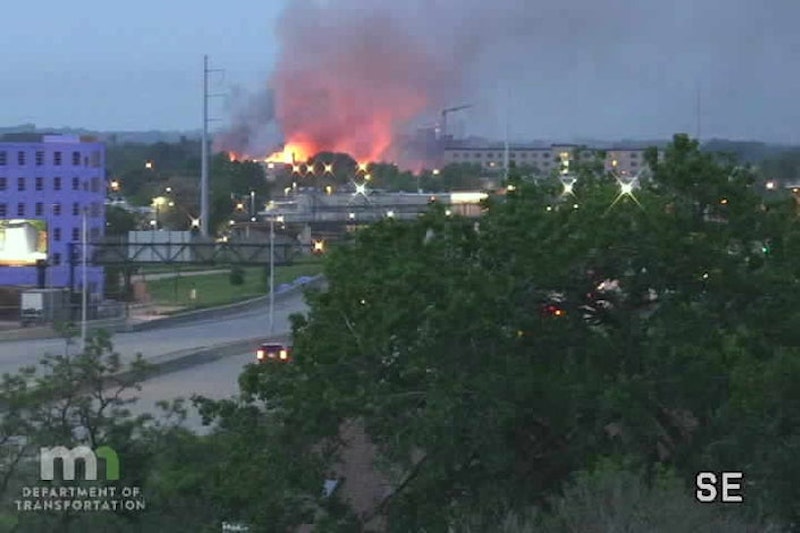 One of the most terrifying prospects at the beginning of the quarantine was the reality that campaigning and political activism were essentially over, and by mid-March states across the world had already begun consolidating power. Whether it was extreme lockdown measures imposed by Gavin Newsom, or Andrew Cuomo’s accidental liquidation of New York nursing homes, or Viktor Orban in Hungary finalizing a fascist regime, a lot of the anxiety at the beginning of the virus was the wanton chucking of institutions, rituals, traditions, and freedoms that were consider “essential,” a word that has been wildly warped this year.

It feels like ages ago now, and less significant unfortunately, but the Democratic primary was riveting and infuriating because Bernie Sanders was losing and no one else had a snowball’s chance in Hell of beating Donald Trump in November. And by the last debate, when Biden committed to picking a female VP and Sanders failed to rise to the occasion and perform the bare minimum criticism of Biden’s demonstrable brain problems (“Recite the alphabet, Joe.”)

Biden, super-charged on military speed and pure chrome adrenaline, appeared more together than he has in the last four years (check out this brief clip of him discussing Bernie’s campaign in early 2016. He’s there), and that was enough. The collapse of Sanders’ campaign, covered well by Angela Nagle and Michael Tracey in American Affairs, coincided with the collapse of “the normal,” that state that everyone is so desperate to return to now.

Normal sucked. Nothing was going well. Donald Trump is President. Donald Trump is President. It’s almost been four years and the stupid shock hasn’t worn off completely. At the beginning of 2020, it felt more and more likely that Trump would be re-elected, purely off of incumbency, a failed impeachment, and the inexplicable hopelessness of the Democrats. Permanent-temporary solutions and permanent-temporary problems persisted, with more government and police surveillance than ever and a dearth of opportunities to make a living.

Quarantine gave a lot of people time they never had, and if you spend any time thinking about the state of America and where we’re headed, it will not put you in a good mood. Even the most sanguine can see that mass civil unrest is inevitable and justified—everything about our government is unacceptable, from the botched handling of the coronavirus to the uninterrupted police assassinations of black people and bystanders who aren’t given nearly as much time or attention as the objects that were destroyed in their vicinity, whether it’s a UPS truck or a Target.

Minneapolis is a shift, and it took something this obscene and this familiar to get people out protesting without thinking twice about “social distancing,” and I really can’t wait until I can put that stupid fucking phrase in quotes all the time again, because it is disgusting. I follow the rules, but unlike a pig like Matthew Yglesias, I’m not looking forward to a future of forever masks and interactions from six feet apart. The hope of the Bernie Sanders campaign and the evil of the DNC seem insignificant and the murder of George Floyd and the reaction across the country throw everything into sharp relief. Protests are necessary, pandemic or not—at least when the problem is this, our holocaust in slow motion.