There are two Republican parties: mainstream, elected officials and the hard-right wing. They want little to do with each other. 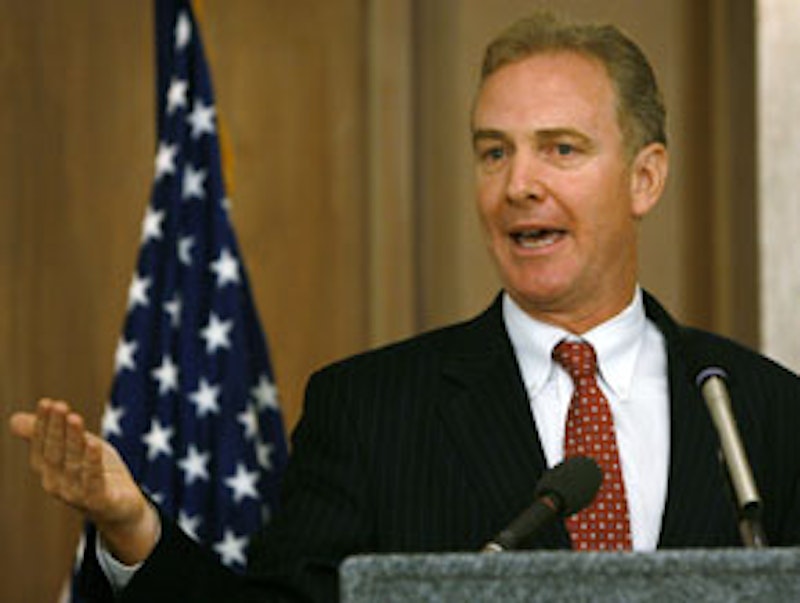 Last week’s elections, hyped as the send-‘em-a-message Super Tuesday of the 2010 election cycle, turned out to be no more than anecdotal proof of the durable dictum that all politics are local. Try as the know-it-alls did to frame the elections as a referendum on President Obama’s vote-pulling power even though he wasn’t on the ballot, they were merely exercises in old-fashioned precinct politics as well as a deflationary setback for Republicans and their grand schemes for November.

If there was a lesson to be learned, however, it is this: the lunatic fringe is alive, well and active in both parties, especially among Republicans where the party has become the captive of its right flank. The GOP, simply put, can’t live with the freelance loonies and it can’t live without them. And call them what you will, Tea Partiers or Club for Growth, they are merely Republican fringe figures by another name.

And anyone in Maryland who tries to decode the elections’ results for crypto-meanings for the governor’s race or any other contest on the ballot ought to give up. There is no message, hidden or otherwise. In Maryland, what you see is what you get, and that’s pretty much the status quo in a very blue state where voter anger doesn’t appear to be a political commodity.

In Utah, Sen. Robert Bennett, a redoubtable conservative, was ejected not byt the voters but by a Republican convention of 2,000 delegates which were dominated noisemakers from GOP fringe organizations. In West Virginia, Rep. Alan Mollohan (D) was removed by the voters after a series of ethical problems. In Arkansas, Sen. Blanche Lincoln (D) wound up in the red zone and faces a run-off election against the state’s lieutenant governor, Bill Halter, who became a proxy candidate for organized labor which spent $8 million on advertising against Lincoln because of her vote against health care reform.

And in the contest everyone was watching, Sen. Arlen Specter was an object lesson in opportunism. Specter—first Democrat, then Republican, now Democrat—had the weak backing of the White House and the Pennsylvania Democratic establishment but nonetheless lost to Rep. Joe Sestak whom they all tried to force out of the race. Specter, elected five times to the Senate as a Republican, became a Democrat because he believed he could not be reelected as a Republican after becoming the 60th vote for health care. In the pathology of politics, there were several factors at work in the Pennsylvania primary: (1) Specter overstayed his welcome; (2) the White House was tepid in its support; (3) Sestak hammered Specter in TV ads linking him to Bush; (4) the Pennsylvania Democratic machine did not deliver for Specter despite the party leadership’s support; and (5) Specter was viewed as a turncoat. End of story. End of career.

In another race in Pennsylvania, this one to fill the seat of the prince of pork, the late Rep. John Murtha, a Democrat won where Republicans expected they would in another dial-back for the GOP. In a Mr. Inside vs. Mr. Outside contest, Mark Critz, an aide to Murtha for 10 years, won the seat over Republican Tim Burns, who ran under the banner of a Tea Party affiliate. And in a Western Pennsylvania district where government programs are big business, Critz won by bragging about his experience and his connections in Washington and his intention to use them to bring home the pork chop. So much for anger at Washington and government.

There was one clear-cut message emanating from Kentucky, where Senate Minority Leader Mitch McConnell had his head handed to him. His candidate, Secretary of State Trey Grayson, was demolished by Rand Paul, an ophthalmologist, Tea Party candidate and the son of Rep. Ron Paul (R-Tex). Rand Paul, a political unknown, ran as a strict constitutionalist with an agenda to eliminate certain government agencies and require constitutional documentation for every program enacted by Congress. His positions, especially on civil rights, have already gotten him in serious trouble and have cast doubts on his ability to survive in November, even in a state with a numerically negligible black population but with a good chunk of Appalachia.

The story of Tuesday’s elections is a broken line that leads to nowhere. So read into the murky mess what you will; it doesn’t add up to a very inviting environment in Maryland for anyone who believes that railing against government is a sure ticket to victory or that the electorate is all that volatile when it enters the voting booth.

The mixed results could be a very disturbing headache for Robert L. Ehrlich Jr., the only Republican a generation of Marylanders knows, who’s intent on reclaiming the governorship from Martin O’Malley, who defeated him in 2006 by six points and 56,000 votes. A recent Washington Post poll shows O’Malley ahead by eight points over Ehrlich. But among those certain to vote, the race is a dead heat.

Up to this point, with about six weeks before the filing deadline, Ehrlich has displayed no semblance of a campaign either in theme, tactic or organization. He has advanced only two significant but dubious thoughts—buses instead of rails for mass transportation, and a promise to repeal the penny sales tax increase enacted by O’Malley and the Democratic General Assembly. The sales tax repeal talk is almost seditious, if not downright demagogic. Ehrlich knows it will never happen, and even if it did where would he find $600 million to undo the lethal damage such a cut would cause?

Yet if there was a single breakout footnote to the elections, it is the indisputable evidence that the Republican party is being yanked more and more to the right of the political margins without its leadership even attempting to thwart the shift. There are really two Republican parties, the national party and the unabashed right-wing party, and they pay little or no attention to each other.

The danger for Ehrlich and other Republican candidates is that the electorate right now is more fickle than it is volatile. It doesn’t know what it wants. All it knows is that it doesn’t like what it sees. This will be a test of the political theorem that in the voters’ psyche they’re all bums except my bum—he’s okay, thus the permanent establishment of incumbents. Yet that could change dramatically in a minute and on a whim. The economy is on the move, finally. And the dollar is gaining strength almost daily against the Euro. And in some sectors, profits are soaring because of a long-delayed surge in spending on luxury items.

And once economic benefits translate into jobs, voter anger and unrest could dissipate almost overnight and the hopes of Republicans could vanish with them. In politics, hope is not a strategy. Primary elections are family disputes that are settled by party members. The elections that really matter are in November when the voters pick the people who will lead the country.