Life in the Age of Contempt 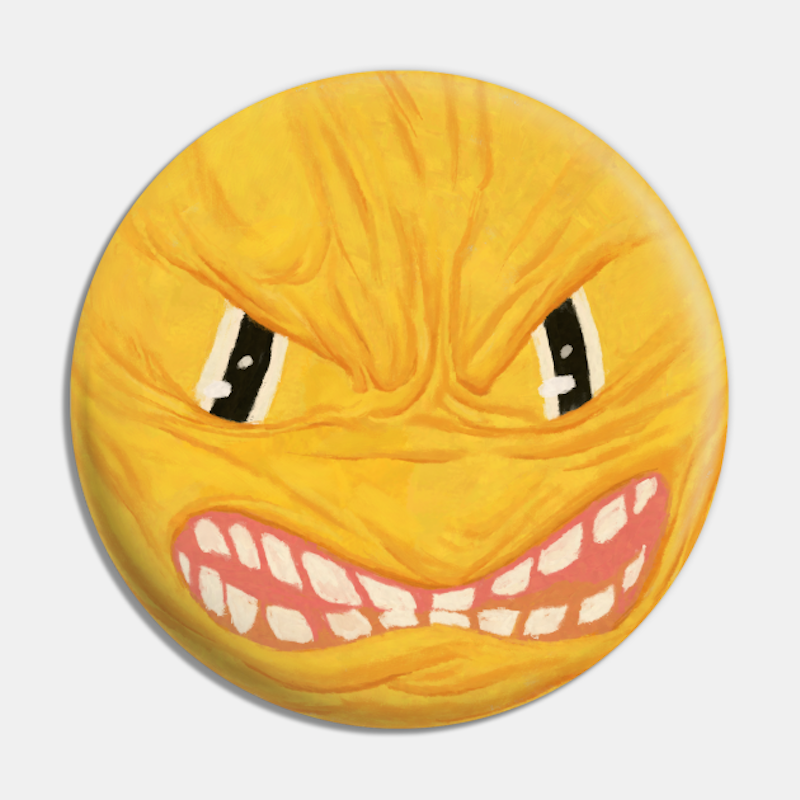 The unvaccinated are so dumb they think taking horse dewormer will save them from COVID. Liberals are all bedwetting commies out to bankrupt the nation with their money-printing ways. If you're a cable news devotee, you probably agree with one of the above statements. Contempt is their main product today.

Casual contempt has become a bonding medium. You hate the same idiots I do? Great, we're friends! Both Fox News' Tucker Carlson and MSNBC's Joy Reid are glib contempt merchants who visibly revel in their smugness. Don Lemon (only watchable while he's intoxicated on New Year's Eve) and Chris Cuomo (never watchable) at CNN also dependably deliver the goods to viewers eager to feel superior to other Americans. Greg Gutfeld's Fox News political-comedy show has its share of contempt, but at least it's leavened with humor, and his guests are smart. I'd watch his show before any of the current late-night "comedy" shows, because doing that would subject me to the possibility of seeing Stephen Colbert's pathetic, Busby-Berkeley-style dancing-needle skit, an embarrassing advertisement for the vaccine. Colbert knew he wasn't even slightly funny (he never is anymore) but that didn't concern him. He's content with "clapter" at this point.

Gutfeld is more honest than Don Lemon, who's promoted the CNN lie that ivermectin, a wonder drug that's had a profound influence on global health among humans for decades, is simply a "horse dewormer." It's used on horses, but that's just one way it's used. But why make that distinction when it's so easy to gin up contempt in a cheap way? The intent, regardless of whether or not the drug's effective at treating COVID, is to make the cable network's viewers look down on the backwards peckerwoods in the boonies who think an animal drug can save them from the virus. Joe Rogan, a favorite whipping boy of the Left, recently cornered his podcast guest, Dr. Sanjay Gupta, into admitting that CNN—his own network—shouldn't have pushed that false narrative. Say what you will about the successful comedian/podcast host, he doesn't peddle contempt.

Contempt is anger coupled with disgust. The problem is that anger can be a positive emotion leading to positive change—e.g. The Revolutionary War—but contempt can only divide people. It's impossible to have a conversation with someone you feel this way about. Contempt is the staple of the media and the politics industries. Those desperate enough to have their biases confirmed can watch Joy Reid drip with that emotion on MSNBC five nights per week. Same for the podcast of conservative brass-knuckler Ben Shapiro, whose favorite designation for someone he disagrees with politically—and I've seen this phrase used in other conservative venues (e.g. by Kat Timpf on Gutfeld!)—is that they're a "garbage person."

I'd be remiss if I didn't add that Shapiro has respectful conversations with his political opposites (such as uber-progressive Ezra Klein, on the conservative's Sunday podcast), while there isn't even one equivalent to Shapiro on the progressive side capable of such simple cordiality. If, for example, Joy Reid agreed to converse with Shapiro, she'd just talk over him. But that's not happening, as she knows the consequences of even talking with designated conservative pariahs. Twitter would erupt and she'd be forced to beg for forgiveness.

Jen Psaki speaks for the American president, meaning she has at least some responsibility to not gratuitously feed the contempt machine just so she can sound arch and clever. But responding to Ted Cruz's claim that Southwest Airline's recent woes are connected to the COVID vaccine mandate, the presidential press secretary sarcastically mocked the Texas senator as a "world-renowned travel expert." Perhaps Psaki's auditioning for her next job as a CNN host.

Twitter oozes with contempt because it's so easy to type awful things people would never say to someone's face. Cable news wallows in contempt because it follows market signals (like Trump) and those signals are indicating mass frustration. The contempt they peddle to pad the bottom line then stokes further contempt, and the process becomes self-fueling, which is how downward spirals begin.

Anger’s a hot emotion—the response when people don't like what's happening and want it to stop. When you add disgust to anger, the emotion cools down. That's when you get people calling their political opponents "garbage people." In other words, "I don't want to fight you. I just want you in the dumpster." Without going into alarmist territory, history has shown that characterizing your political enemies as subhuman debris has a bad track record.

The more information people consume on cable TV and social media, the more they swell with contempt, and they probably won't even know their anger has morphed into an emotion that can only produce negative results. They're getting their dopamine hits in those venues, and soon enough they crave another hit. That's not a path to happiness or progress.