Where to draw the line, wonders Todd Seavey. 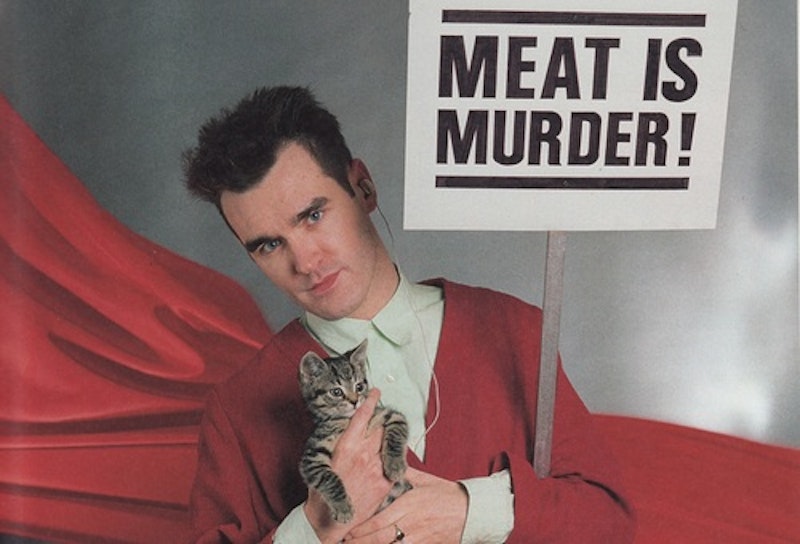 Do you regret some of your callous actions from the past several months? Greater empathy will help you avoid making such mistakes in the future, of course. But how to exercise empathy intelligently is not always clear. Ten vexing cases:

1. Rose McGowan sounds as though she has given up acting in favor of performing strange music videos, at least one with lyrics borrowed from Blade Runner. That film depicted the Voight-Kampff Test for spotting inhuman “replicants”—really a test for spotting sociopaths. So, presumably the replicants are sociopaths—yet the real test for the viewer is sympathizing with them anyway, even when, like the replicant in the opening sequence, they fail to feel sorry for turtles in distress.

The ideal Blade Runner viewer, then, is so empathic as to feel for (sometimes homicidal) sociopaths who (a) don’t feel for turtles but (b) have seen and recorded some amazing experiences. Should we? Will we?

2. If you pride yourself on feeling for both replicants and turtles (the latter pretty cold-blooded themselves), how do you feel toward the aborted fetus who’s still kicking his legs while waiting to have his brain harvested in this one-minute video posted by Carly Fiorina supporters? Is zero empathy the proper liberal response now? I’m not so sure.

3. Also going viral this week was that rat carrying a pizza slice down a New York City subway staircase. One YouTube commenter by the handle Derp Lord raged “THIS IS LITERALLY JUST A RAT TRYING TO DRAG PIZZA DOWN STAIRS.”

I think there’s something more humane in a remark once made by my formerly New York City-dwelling friend Scott Nybakken, who said, “They say there’s one rat for every person in a big city like New York, and I hope one day I’ll find mine.”

4. Singer Morrissey notoriously sympathizes with the animals and condemned UK prime minister David Cameron merely for having purportedly put his dick in a dead pig’s mouth as part of a hazing ritual in his youth. Even in death, some say, respect is owed to non-humans—yet the same people can display a real vicious streak in their attitudes toward Tories and aristocrats, I’ve found.

5. Morrissey excerpted a PETA statement condemning Cameron. Now, PETA are without question sympathizers of non-human animals. Yet they are such fanatics about ending the exploitation of non-human animals by humans that some PETA members eagerly look for opportunities to kill pets, one step on the road to ending the institution of pet ownership altogether.

That sounds nice to them in the long run, I guess, but in the meantime, you may well have been confused by the occasional story of PETA people euthanizing all the pets left at one of their shelters—or even stealing a puppy from its front yard and killing it. Now you begin to understand. And purported empathy begins to look oddly like sociopathy.

6. I can fully understand people thinking it’s silly to complain about the far ideological fringes when we have more immediate problems such as the federal debt, but as with insurance, it’s worth devoting at least some thought to risks that are rare or far-off yet potentially catastrophic (asteroids, severe climate change).

The animal-welfare folk may mainly just be making life better for some mistreated cows and chickens today, but tomorrow, I’d say keep an eye on movements like Voluntary Human Extinction (VHE), which calls for just what it sounds like it, since humanity is a blight upon other species, etc. Don’t tell me a mindset like that can’t turn dangerous.

7. On a holy Jewish holiday like Yom Kippur, after all, at least some minds must drift to the Holocaust, and if trifling things like ethnic or religious differences can inspire genocide, a deep-seated hatred of the entire human species might at some point inspire similar efforts.

8. Then again, Poland-loving, Putin-disliking historian Tim Snyder thinks it was a lack of ecological concern that helped cause the Holocaust, or at least, as he argues in his new book Black Earth, environmental stresses make such Malthusian conflicts more likely.

I can’t help thinking that back in college at Brown, Snyder shared my fondness for the New Wave band the Fixx. Despite their synthesizers and electric guitars, they often lament in their lyrics, as in “Calm Animals” and “Less Cities, More Moving People,” that humanity may be doomed by its loss of contact with nature. Does the Fixx end up making alienated teenage listeners more empathic or more misanthropic (and reductionist in their view of social processes)? More important, we must ask, “Are We Ourselves?"

9. Another 90s Brown University guy, Ken Dornstein, was just featured in The New Yorker for his efforts to track down the Libyan terrorist who killed Dornstein’s brother. Dornstein wrestles a bit, like the good philosophy major he once was, with a question posed by libertarian philosopher Robert Nozick: whether revenge has any value or is wholly separate from justice.

I know Dornstein’s thoughtful enough that he must also wonder sometimes, as you may have while reading this column, whether to react with rage is more healthy or less healthy, more human or less human. The goal isn’t to be robots but to cultivate the sensibilities least likely to cause future strife. Humanity’s still working out which attitudes are best for that.

10. Dornstein has also written and performed comedy, though I don’t know if he’s got a whole bit about terrorists. Gilbert Gottfried famously did, and the jury’s still out on whether he or the humorless Twitter hordes who get offended by such things are more emotionally lacking. When in doubt, I try to err on the side of saying, let people do their thing, even if it offends. If you really felt for them, you’d understand why they do.