What Happens When High-IQ Kids Hang Out

Hint: It involves being a self-absorbed jerk. 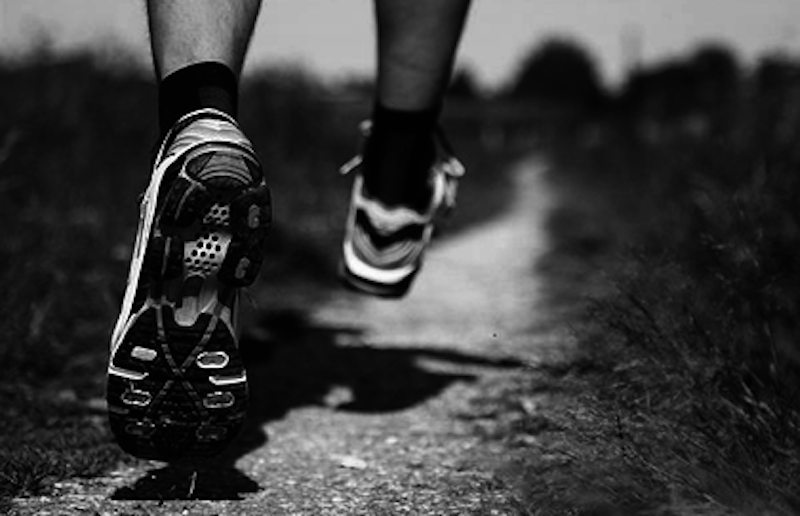 I spent two summers at a progressive day camp when I was a kid. It was attached to a private school, a progressive one, and the counselors were upperclassmen from the school or recent graduates. Looking back, I think they were probably a high-IQ bunch, with all the pluses and minuses that come with the type.

I was nine and 11 during my two summers, with a gap in between for reasons I won't go into here. The counselors ranged from 16 to 20 or so; they included education majors back from college for work experience. When you're almost a teenager yourself, the sight of actual teenagers is transfixing. I wasn't used to it and was rattled and overexcited. To me, such kids had power. They weren't clamped into place by rules of deportment, as adults were, and they had height, reach, breasts, muscles—all sorts of things. Adults said that somehow nature was going to process us all into becoming beings of that sort. But it was hard to see how, or what adults would know about it.

Day camp lasted five weeks and consisted mainly of talking and running around. The talking was indoors and took up most of our time. It was the main event, and it bothered me. Partly I was just thrown by all the faces, and the fact that a lot of the faces seemed to know each other; I was from a different school district than most. But also, a lot of times I didn't know what we were talking about. The Ghost Dancers—maybe the other school district had that on its curriculum, but mine didn't. Or there was Jacques Cousteau and scuba, because we talked about that too. It seemed like everybody was chiming in and had something to say, and the counselor looked so happy.  But... Jacques Cousteau and scuba. The Calypso. Is that something everybody knows about? I couldn't say anything.

A couple of times we looked at old photographs and odd items—I remember a seashell with rich leopard spots—and made up stories about them. This was the idea of one of the education majors, a college girl with glasses, butter hair and large breasts matched by a not very wide waist. She was the leader of all the girl counselors and stood high in prestige among the group as a whole, though a tall, nervous boy was officially head counselor.

The story business may have been a research project for the butter-haired girl. At any rate, it took place in smaller groups than usual, and not everyone got to take part. I didn't realize that at the time. Even so it was exciting just to be within range of her. She was important, and she had an expanse of fresh, peanut butter–colored skin. I mean that she was a healthy, decent-looking girl of 20 and at nine I felt it. Not that I could have said what it was.

We told stories, going around our little group, and I told the longest. I forget what was in it: journeys across hills, wading through brown-gray marshlands, leaning forward with a stick to touch a bed of leopard-spotted flesh mysteriously growing out of the marsh water. The ending's gone, but I remember I finished up with everyone feeling pretty well satisfied.

Camp had just two weeks left. I still had trouble with the group discussions. Running around wasn't that bad: I had scratched up acquaintances that I could spend time with. We made up games that involved landmarks located in the school grounds' more remote corners. A mural, a bit faded by weather, showed a row of progressive types and heroes. Who could run to the campesino's sheaf of corn, then jump and touch the brim of his hat, then jump and touch Gandhi's forehead? It was that kind of thing.

I think we were all sort of bored. At any rate, the three or four of us got wrapped up in the running games. We sprinted, we argued about scores. It became a thing. My leg got stiff from the running—nerves or whatever. Running was something I had to do, so I did it stiffly.

One of the counselors took note. He was 16, I guess. I know he was one of the upperclassmen at the progressive school. A skinny guy with wire-rim eyeglasses: a high-school intellectual. One time I overheard him talking to the butter-haired girl about “Pin-shon” and a huge, mysterious book. The boy's voice was up and high, and the butter-haired girl was starting to look past him. I remember seeing the scene and distinctly not knowing what to make of it.

Now the boy talked to me. He'd seen the girl make a fuss about my story, I guess. At any rate he took me aside when everyone was heading back in. He gripped my shoulder, which I didn't expect, and he knelt down to my height, to place his eyes level with mine. He was smiling at me, a big smile. He was nodding. “Colin,” he said. “When you run, remember—your leg is like a lion's tail.”

He grinned at me even wider and straightened up. I'd been invited to share in the thrill of his breakthrough. I think that's how these things go: The younger and greener the person imparting the breakthrough, the more the other party must play up to the wisdom giver. Of course, to be the stooge of such a young giver of wisdom, you must be very young yourself—a child, and therefore not fully trained in passing off social situations. I very much wanted to play my part. I think I managed a dented little half-smile and moved my chin down and then up, because a nod seemed safe.

I was thrilled that one of the big kids had singled me out. Just a week, a week and a half, of camp was left. There was a showing in the arts shed of what I now guess was La belle et la bête You had to lean way over to see the subtitles make their white ant trails across the sheet. I was at the end of my row, so I gave up on where the sentences started.

There was a group presentation about ecological needs, done by three tall girls and a mouthy boy with something of a belly. The girls were all in the other school district but not the boy. Yet he had been chosen. I felt keenly jealous of them all: I hadn't even known about the presentation until a day or so before.

I remember another moment in around there. I was walking across gray dust toward the arts shed (Incident at Owl Creek Bridge) and it hit me about the butter-haired girl and the wire-rim boy: She hadn't been listening to him. He'd been talking and she wasn't interested.

Meanwhile, the advice to run like a lion's tail had done me no good at all. The boy stopped by a couple of times to view my progress. I waved and he lifted a hand in response. I ran, sometimes dipping and wobbling my leg to give it a lion's-tale effect, as best I could figure out. It did no good and I felt like a fraud. Now I look at what he said and ask myself what I did to deserve such creative writing bullshit. But at the time I figured I was just stupid.

The third time I saw the boy, he was farther away than usual. In fact his presence anywhere near me turned out to be a coincidence. He had given up on me. Here's how I found out: I waved, and he turned away. His back and shoulders swung around in one piece, and he set himself to watching a group of kids over by the grounds' oak tree.

Camp was almost done. I saw him a couple more times, from a distance. Then, at camp graduation, we passed about five feet apart. This was agony for me, since I didn't know if I was supposed to say hello or to look someplace else. I cut my eyes his way, saw no response, then goggled desperately at the steeple of the Presbyterian church across the way.

I don't think the boy noticed much that I was there or what my eyes were doing. At any rate, the next time I went to camp he was not one of the counselors. I haven't seen him since. It's been almost a half-century, but I still think he's one of the worst douchebags I have ever met.