It's Not All Safe Spaces and Trigger Warnings

Most college students are just trying to get through the semester. 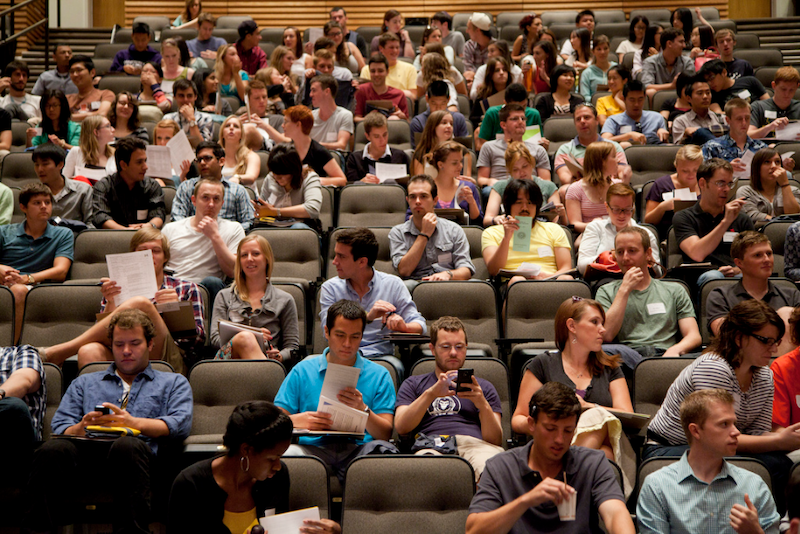 It’s a given that think pieces on the current state of college campuses are multiplying month by month. Lots of people are chiming in, and the opinions I've encountered are incredibly varied. As someone who's currently in college, I find this perplexing.

Since I’m in community college, my classmates comprise a diverse range of people. I regularly interact with people of all genders, races, creeds, and other demographic variables. Some of my favorite moments during class discussions are when others tie their own cultural background to the class material. What I don't see a lot of is the so-called “coddling” that’s written about so frequently.

To my knowledge, there are safe spaces in select offices and within certain organizations such as the feminist society on campus. However, it isn't nearly as pervasive as you’d think. They exist, but are tucked away. They certainly aren't part of day-to-day college discourse. Most of my peers simply want to get through the day and aren't interested in kicking up a fuss.

Both of my classes are focused on reading and writing. Many of books we’ve read center on subjects such as murder, rape, racism, and sexism. We received only a very brief warning about the usage of racial slurs, but for the most part classes go without incident. Of course, this is simply my experience. I keep expecting to find a flood of offended students, but mostly I see people who are just engaging in regular academic life.

What I find strange about these discussions about safe spaces is that they have a unique staying power. A lot of this was resolved many months ago, but it’s still brought up in the media. The image of college students as perpetually offended seems exaggerated. Also, I think there's a mistaken impression on how unified people are about this issue. Even among survivors of sexual assault and other traumatic experiences, there's an enormous amount of controversy. The debates are worthwhile. There’s good reason to examine what the implications to these decisions are. However, I also question whether or not we can accurately assess what is happening if we overestimate just how pervasive the issue really is. What I can say with certainty is that most of my classmates are more concerned with their grades than trigger warnings and safe spaces. The fact that these two concepts have become so strongly associated with college students today speaks to the divide between the public and college life.