Is the sales giant's tuition assistance program corporate responsibility, cynical PR, or both? 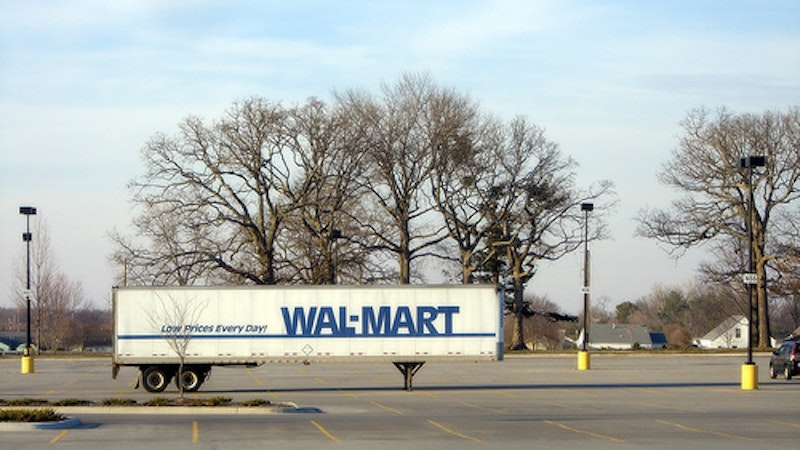 Wal-Mart recently stunned market watchers by announcing an ambitious program to help their employees go to college. In addition to receiving free credits for some of their job training, employees will get discounted tuition at American Public University, an online for-profit institution. The company has opened the program to all domestic full-time employees who have worked there at least a year and all part-time employees who have worked at least three years, so long as they received a favorable result on their most recent evaluation. Wal-Mart has also pledged $50 million over the next three years for additional tuition assistance.

The reaction among many in the news and in the blogosphere has dismissed the program out of hand. They see the move as a way to divert attention from Wal-Mart's ongoing disputes over unionization, gender discrimination and other issues that have caused conflict with its workforce. As one commenter, a Wal-Mart employee, put it, "Wal-Mart, how about let's start with a decent, livable wage and improved healthcare plan to cover basic office medical services and better hospital coverage, along with preventable care [sic] and vaccine coverage for my children without an out-of-pocket deductible?"

Certainly there is a lot Wal-Mart could do to improve conditions for its workers, but at the same time, it shouldn't automatically be assumed that this program is worthless. It may be a step in the right direction, both for Wal-Mart and for employees looking to move up or out.

One of the concerns most frequently mentioned is whether the discounted tuition really puts a college education within reach for someone making $11.75 an hour, the average wage at Wal-Mart. After the tuition discount, an undergraduate credit hour will cost $212.50 per hour and a graduate-level credit will be $255. This is well over the national average of about $85 per credit hour at community colleges.

However, the APU program does have some advantages. First, how the cost compares to local community colleges depends a lot on where you live and how long you have lived there. Because community colleges are locally funded, if an employee has recently moved from out of state, they will not qualify for in-state tuition and may pay significantly higher rates. In Vermont, the most expensive state for community college tuition, an out-of-state student will pay $410 per undergraduate credit hour. Second, APU, like all distance-learning programs, has the advantage of flexibility. Even if community colleges or state universities offer online classes, the selection is usually limited to particular courses and students may need to come to campus at some point or another. All of APU's courses can be taken online and work can be done at any time, in any place, so students will never find that they are unable to take a course necessary for their degree online.

Another cost-cutting aspect of attending APU is that the course books are included in the cost for undergrads and come in digital formats. They have also digitized large numbers of books in an online library, so that students can do additional reading and research from home. The infamous fees associated with university study are almost non-existent at APU and other online institutions as well.

Finally, though student loans are a double-edged sword, APU is nationally accredited and its students qualify for federal education assistance to cover the remaining cost of their degrees.

The next question people ask is whether a degree from APU is worthwhile. There are a lot of degree mills and colleges of dubious educational value on the net these days. In addition to its national accreditation, APU is regionally accredited by the Higher Learning Commission. This makes it more likely that Wal-Mart employees will find the credits they earn at APU transferable. Whether the free credits they get for their Wal-Mart training will be accepted at other institutions is less likely, though.

There has also been an increased acceptance of online education that will work in the favor of those who choose APU. Part of that is due to the reality that more and more students are choosing distance education. According to the National Center for Education Statistics, 65 percent of all post-secondary institutions are now offering some kind of for-credit distance learning courses and polling suggests that the attitudes of hiring managers are becoming more positive towards online degrees. There is also the realization that online education can be more efficient and eco-friendly. Without long commutes and costly books, students make a much smaller impact when they go to class. Finally, navigating the technology necessary for online study, such as web conferencing and collaborative software, demonstrates a competence with many of the tools used in business, and employers are starting to recognize this.

Wal-Mart may indeed have cynical motivations for this education assistance program: it's good PR, it will provide many employees with business training Wal-Mart doesn't have to pay for, and it may decrease turnover, at least among those employees enrolled at APU. Cynicism aside, it doesn't change the fact that Wal-Mart is enabling its workers to find something better. The program could provide the education that gets a starving-wage cashier a better job elsewhere, and unlike healthcare benefits, an education is at least something that employee will be able to take when he leaves.