It shouldn't matter that, if Elena Kagan is confirmed, the Court will consist solely Harvard and Yale alumni. 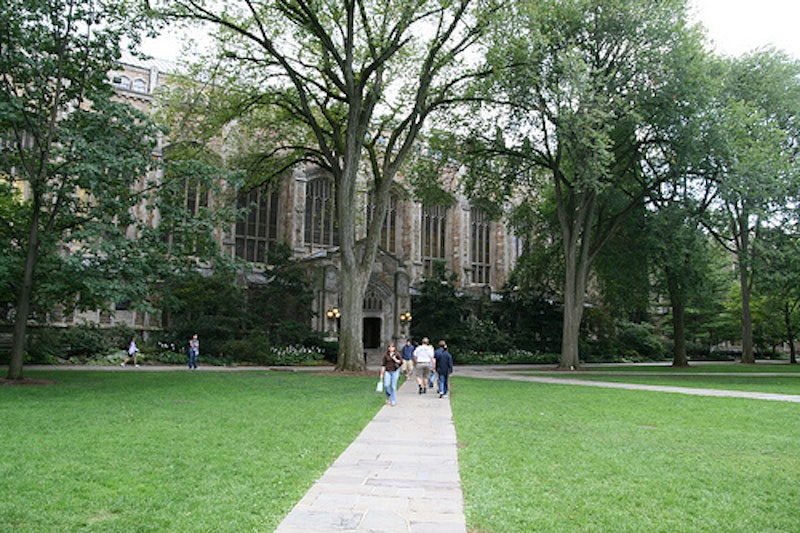 My son John recently completed his second year at college—the University of Pennsylvania—and when moving him out of the dorm, I had a chance to talk at length with him and a group of his friends. Watching them debate back and forth, I was struck not just by their intelligence, but how driven, passionate and goal-oriented these young men and women are. The wit, humor, earnestness and zeal they exhibited as they talked demonstrated to me they were a group of bright, eager and idealistic minds, wanting to get the best out of their education and themselves.

Students debating today’s issues is a scenario that is repeated in colleges and universities, large or small, Ivy or non-Ivy, north, south, east or west, across the nation again and again.  Many of these students, when they leave their academic halls, will go on to become leaders of businesses, academia and governments. Others will become doctors, lawyers, scientists, teachers, and judges. In the end, whatever they choose, they should have the right to do so without being discriminated against because of who they are or where they came from.

Knowing the right to succeed based solely on ability is a cornerstone of the American Dream, it is dismaying to realize that much of the opposition to Elena Kagan’s confirmation as a Supreme Court Justice centers on perceived flaws or faults that are unrelated to her fitness for the position. If she were confirmed, opponents argue, there would be no Protestants on the bench and too many New Yorkers. Kagan’s marital status (she is single) and unknown sexual orientation are also flaws. In particular, however, many argue Kagan should not be appointed since she is a Harvard graduate, for then all the Justices currently serving would be from either Harvard or Yale.

Should Elena Kagan be denied a position on the Supreme Court because she is a graduate of Harvard? The answer depends on your point of view.

Since the Supreme Court was created in 1789 under Article III of the Constitution, there have been 109 justices. Of these, 14 went to Harvard, 10 to Yale, seven to Columbia, three each to the University of Michigan and Litchfield Law School (which no longer exists), while 11 did not attend law school at all. The remaining 61 justices went to 31 different law schools, including two others from the Ivy League, Cornell and the University of Pennsylvania. In sum, only 36 of the nation’s law schools can lay claim to 98 of the justices. While the largest number went to either Harvard of Yale, there is no reason to believe that prior to this decade attending one of these two institutions was a prerequisite for sitting on the Supreme Court. That graduates of either of these schools dominate the current court could therefore be considered just mere coincidence.

Whatever the case previously, many believe that the Harvard/Yale justices that populate the court today underline the lack of current diversity in its membership. To make the Supreme Court, justices in the 21st century apparently need to meet very narrowly defined criteria, including attendance at what are considered to be the two top law schools in the country. This lack of diversity has the effect of creating a judicial elite, one out of touch with the cares and concerns of the ordinary man.

On the other hand, universities such as Harvard and Yale accept only the most qualified students. A president looking for potential justices knows that anyone who has graduated from these schools has the intellect and the education that qualifies him or her for the position. Additionally, individuals who attend these types of schools are generally competitive overachievers, ones most likely to establish careers that put them in the limelight, making them easier to notice when a nomination opens up.

In any case, the educational institution Kagan attended should be one but not the sole determinant of her fitness for the position. A variety of other factors should be considered during the nomination process: her judicial record or lack thereof, government service, legal writings, her tenure as Dean of Harvard Law, and intellect and her moral integrity. A thorough examination of these types of issues by the Senate is necessary to determine whether or not Kagan should be raised to the highest court in the land, and not more ephemeral ones like her marital status or Harvard degree.

As for me, while her lack of judicial experience gives me pause, in the end I believe that Kagan is qualified to be a Supreme Court Justice. Her background and experience is similar to many other non-judges who came to the court to become able justices. She’s demonstrated a deep understanding of the legal system, as well as possessing a brilliant mind. She should be confirmed without regard for non-issues such as whether or not there should be another Harvard graduate on the court.