Is the problem in fact poor teacher training in math and science? 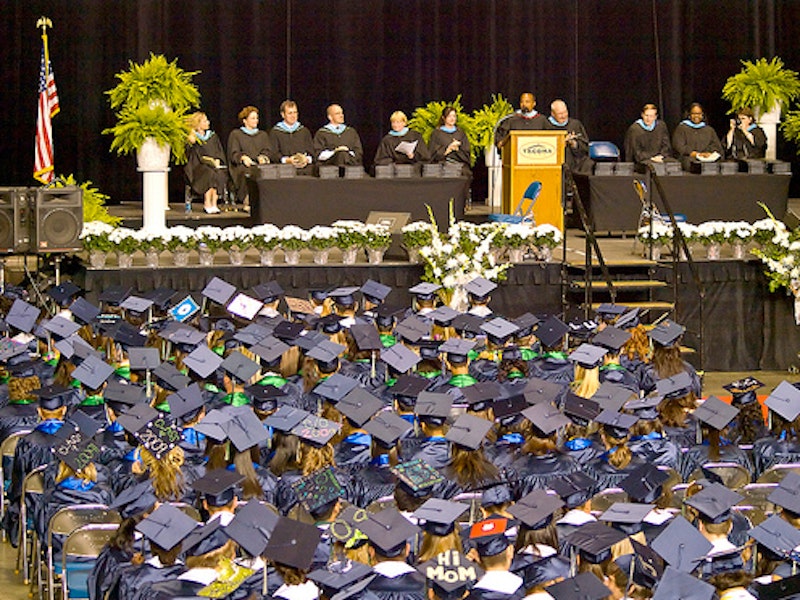 Take a step back in time to your high school days. Whether feathered hair and Led Zeppelin albums characterized your adolescence or it was American Idol and the Dave Matthews Band, we can all remember the long locker-lined hallways buzzing with hormone-induced teen drama. It’s a relatively carefree time where we begin to form identities and engage in culture and society: what’s to hate, right? However, our national curriculum has become outdated, and the inadequacies in the secondary school system have had long-run adverse effects on our workforce.

The United States has long been known for the highest skilled workers earning the highest wages in the world. This is a legacy that finds it roots in the embedded free-market ideal that lies at the core of the American system, but it’s burdened by the inevitable stress and anxiety of capitalist competition. Most recently, this stress has taken the form of job insecurity due to outsourcing and the rapid technological advance that has taken place in the past 20 years. That hard-working Americans fear losing their job to outsourcing is not an indication that domestic corporations are foreign biased, but rather reflects an inability of our workforce to adapt to the needs of an ever-advancing workplace.

A study carried out in 2003 showed that American students placed well above the world average on standardized testing coming out of the fourth grade, but by the end of eighth grade they had fallen to the average, and by high school graduation were well below this point. What is happening in the years before graduation that causes our students to perform poorly compared to their international competition? The answer lies in the arcane way that we train teachers, especially in math and science.

In the past two decades, the American system has become strained; reflecting an inability of our workforce to fully meet the increasing skill requirements of an economy whose GDP is becoming more conceptual. The inability to compete in the global environment is a result of the complacency that has gripped our education system. Math and basic computing skills are a practical requirement in order to operate productively in the modern computer-driven service sector, but our students seem to be lacking in both these analytical areas.

Almost 40 percent of high school math teachers have neither a college major nor minor in math. This problem stems from the dilemma most math scholars face when graduating college; there are many lucrative opportunities for workers with math and computing skills, but far fewer opportunities of similar payoff for those versed in the humanities. This creates a shortage of qualified math teachers because many choose to pursue a higher-paying job rather than teach, an opportunity that is much harder to come by for a history or English major. The ultimate result of is that American children learn math from unqualified teachers, hindering their ability to get a job in the new global market.

The manner in which we educate our students is hurting the productive potential of workers, but it has also caused one of the greatest concentrations of wealth at the upper rungs of the income ladder that this country has seen in the past century. For the past 20 years the incomes of skilled workers have risen more than the average, whereas increases in unskilled incomes were flat. This is due to the surplus of less skilled workers that our secondary schools are producing.

The modern workplace has seen the creation of a privileged native-born elite of skilled workers whose inflated incomes are supported by both immigration quotas on skilled labor and the inability of schools to produce a competitive environment. Corporate managers identify the lack of skilled workers as a huge problem and are willing to bid up pay packages in order to acquire them. If we are to continue to maintain our position as global arbiter, we will either have to open barriers to foreign skilled workers in order to stimulate wage competition at the top of the income ladder, or undertake education reform on a large scale.