The University of Chicago Gives in to Trendy Ideology

University discourse doesn’t care about clarity, only the propaganda that kills the free mind. 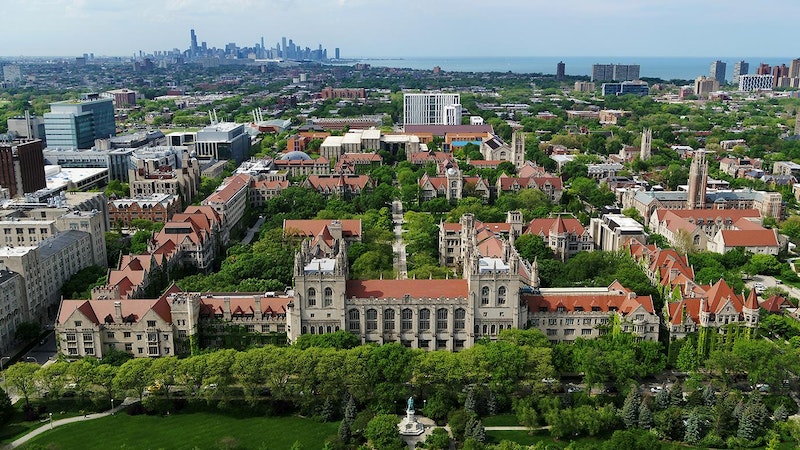 There’s something rotten at the University of Chicago. It involves a recent decision by the University’s English Department to accept incoming graduate students only who are intending to work in the field of Black Studies. Reacting to the deaths of George Floyd and Breonna Taylor, among others, the English Department faculty has stated the following: “As literary scholars, we attend to the histories, atmospheres, and scenes of anti-Black racism and racial violence in the United States and across the world. We are committed to the struggle of Black and Indigenous people, and all racialized and dispossessed people, against inequality and brutality.”

Invoking “white guilt” and “white privilege”—ideological key words—the statement continues: “English as a discipline has a long history of providing aesthetic rationalizations for colonization, exploitation, extraction, and anti-Blackness. Our discipline is responsible for developing hierarchies of cultural production that have contributed directly to social and systemic determinations of whose lives matter and why.”

The statement goes on with similar themes and ideas. This is hardly surprising when it comes to the wave of academic ideology that’s gotten worse in the last few months. Most Humanities Departments in the United States already accept PhD candidates based solely on leftist ideology. But in the case of the University of Chicago’s English Department, they’ve come out with this decision transparently.

Those of us who value true, rigorous, and authentic intellectual work are used to this kind of absurdity. But there’s one thing that makes this situation unique: the fact that this is happening at the University of Chicago.

I received my MA in the Humanities at the University of Chicago in 2005. The program, known as “MAPH” to all the students and faculty, was one of the most demanding academic and intellectual experiences I’ve ever had. I went on to receive two Master’s degrees (in Theology and Philosophy) and a PhD in Comparative Literature, but nothing compared to the exhausting and intellectually satisfying experience I had at the University of Chicago.

MAPH was an intellectual boot camp. The usual amount of reading was between 200 and 300 pages a week; seminar papers ran between 15-25 pages and had to be original and well argued; and the seminars themselves were examples of professionalism and intellectual precision. If you made incoherent arguments, you were quickly dismissed. When a professor said, “I don’t understand what you are saying,” it meant that the student made no sense, not that the professor misunderstood the statement.

The students were pushed beyond the limit. There was no such thing as coddling the mind. At times, the experience was disorienting and anger-inducing. Growth often is. But the more you were pushed, the more you were prepared. Precision and incisive analysis became a habit. At Chicago, this is known as the “Life of the Mind,” and statements like, “U of C: Where Fun Comes to Die,” and “If I Wanted to Get All As, I Would Have Gone to Harvard,” may have been silly but they were true. As a student, you became part of the culture the instant you walked through those heavy iron gates, and there was always a metaphysical, quiet rumbling—a knowledge that intellectual posturing and inauthenticity were unacceptable.

I wrote my MA Thesis on the work on Flannery O’Connor under the advisement of the English Department’s widely recognized literary critic, Wayne C. Booth, who challenged the way I thought and yet, at the same time, always affirmed my freedom of thought. I fondly remember meeting for lunches at the University’s famous Quadrangle Club, and our conversations ranged from O’Connor, literature, mortality, and our respective childhoods: mine in Bosnia and his in Utah.

During my time at the University of Chicago, there were always pockets of liberal ideology, primarily in the English Department. But none of it was made as obvious as this recent decision about the selection process of incoming graduate students. I don’t think that this ought to be treated lightly because it points to not only cheapening of education but also to a certain kind of collectivism. Higher education can be influenced by the current events, but how far ought this influence go? When an ideology (such as Black Lives Matter) becomes the Primary Mover of educational and intellectual process, it inevitably sets up the barriers and assumptions about what can or can’t be said in the classroom.

Wrongly perceived and perhaps misunderstood sense of justice ends up driving the philosophical and intellectual process, which coercively determines the path of the discourse. It implicitly states that there’s no room for any critical thought, let alone the questioning of the concretely set up ideology. Quality and merit logically disappear as well. Ideology doesn’t care about clarity and excellence of thought but only about the propagation of immovable and stale statements that kill the free mind.

Disagreements have always been part of the U of C culture. It’s the environment where proper intellectual work thrives. Without challenges, there would be no innovation and creativity. But this current reality that the English Department is thrusting upon its students is the complete opposite of the original spirit of the Life of the Mind.

University of Chicago professor and philosopher, Allan Bloom (1930-1992) warned us about the dangers of ideology in his classic work, The Closing of the American Mind (1987) but did anyone listen? “The university has to stand for something,” wrote Bloom. What Bloom wrote then is true today: “…there is no vision, nor is there a set of competing visions, of what an educated human being is… There is no organization of the sciences, no tree of knowledge. Out of chaos emerges dispiritedness, because it is impossible to make a reasonable choice.”

Now, added to the already established ideology, there’s a fetish for false justice and a hatred of individual liberty (and by implication, America). How much further can the mind close until it is beaten into submission and until it admits that 2+2=5? Being a free thinker requires courage. Totalitarian regimes do collapse, but in order to illuminate the inauthenticity of ideology and its persistent masquerade as philosophy, we must take this intellectual and cultural battle seriously.