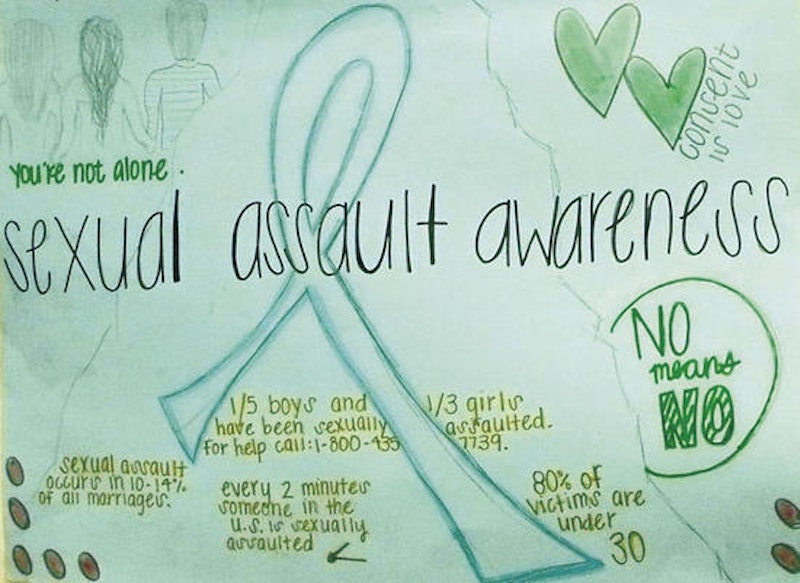 This past year, a sexual assault took place inside one of the parking garages at the University of Baltimore. A broadcast email was sent out to students, alerting them to what transpired as well as the UB police department’s contact information. Included in the email were links to “helpful” pages that discussed personal safety tips and an invitation to sign up for the campus-wide text alerts, and a link to the universities title IX and non-discrimination laws. Another email was sent that had a list of numbers you could call; some affiliated with the university, some not.

Over the summer, another sexual assault took place off campus but still within range to warrant sending out another broadcast email to students. It wasn’t as detailed as the previous one, but was the same gist. All students are now required to take an online tutorial about sexual assault and relationships through an application called Haven. Haven “addresses critical issues facing students in a practical, personal, and fun way.” If you complete the survey by October 31st, you’re entered to win a Kindle Fire HD.

I hate how this is worded, and the language used to advertise the survey is disrespectful. Learning about sexual assault shouldn’t be “fun.” You shouldn’t reward students for completing a survey about a deeply serious emotional issue. That’s cheap and lessens the importance of educating the public. There shouldn't be an incentive to finish this survey. You should take it in order to become better educated and more aware.

Educating the public on sexual violence makes sense. However, I have a problem with how my University thinks their students should be educated about it. It’s not strictly stated that the survey is mandatory, but I didn’t know this was available until an email was sent to me. I appreciate and understand what the University of Baltimore is trying to accomplish, but this isn’t the best way to go about it.

I took the 40-minute survey and found it to be potentially triggering to survivors of sexual violence. Although the questions challenge you to think and are fairly informative, they’re incredibly personal. A warning would’ve been helpful. Even though the survey is about sexual assault/relationship abuse, I wasn’t expecting to see these kinds of questions.

I had friends read over the description of Haven. They had the same reaction as me. Am I over-reacting? Maybe. Survivors of sexual assault deserve better than this survey. Language is a powerful tool, and it’s failed in this case. We need better education than an online survey that’ll go unnoticed by students, regardless of whether or not it’s mandatory.