The Poison of Conformity

It starts in secondary school and never lets up. 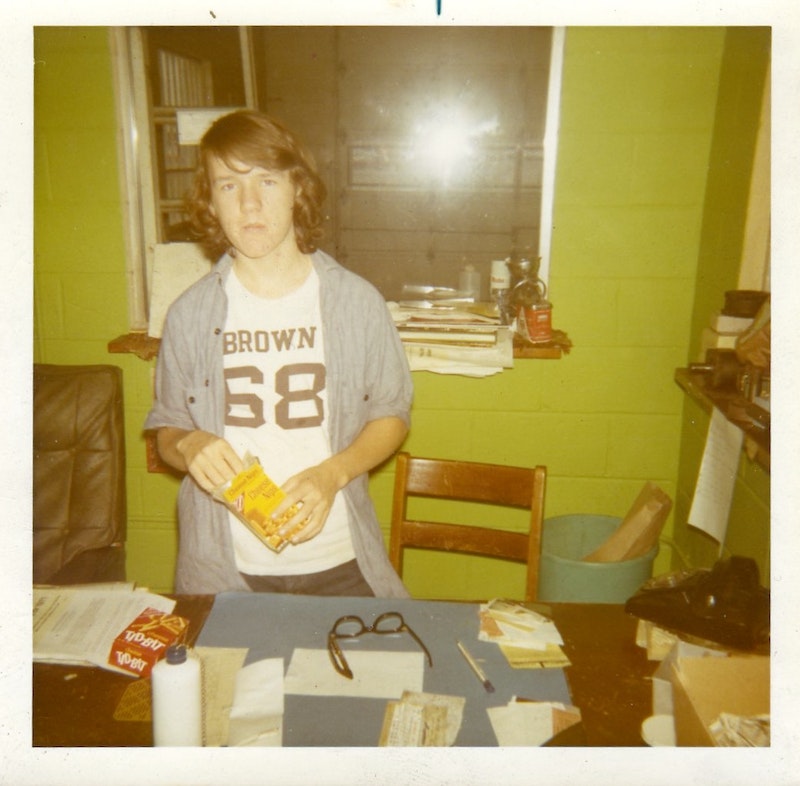 My favorite theme of Bill Clinton’s presidential campaign and two-term presidency was his pledge to fight for the “average” Americans “who play by the rules.” It was a populist cry, meant to ding the (then in vogue) “Masters of the Universe” who amassed fortunes by cutting corners in the gray zone. Michael Milken was the star, with Ivan Boesky in a supporting role. The hypocrisy was obvious even in the early-1990s as Bill and Hillary availed themselves of friends in Arkansas who curried favor with the two-for-the-price-of-one couple with financial tips. Cattle futures, anyone? That borders on the “quaint” today, as the Clintons went on to trade power for money—Lincoln Bedroom visits, later The Clinton Foundation—only to be eclipsed by Donald Trump, one of the scummiest businessmen in New York who, of course, later wrote the first line of Hillary’s obituary and demolished inside politics as the Clintons knew them.

I don’t like a lot of rules either, but in the social rather than financial arena—I’ve never been arrested (except for jaywalking in Houston in ’74, and I’m not sure that counts), pay my taxes and bills. I talk to myself on the street while walking. As a young journalist in the mid-1970s, to the consternation of some colleagues at the college paper, I didn’t play favorites with say, the revered lacrosse coach—refusing one time to “hold” a story that embarrassed a star player—or look the other way when the college president was caught in a pickle. In 1988, when my New York Press was the first weekly to publish an ad on the front page, friends in the industry said “You can’t do that,” and I politely ignored them. No braggadocio intended, just a quirk of personality for better or worse.

Today, I recoil at the journalists on Twitter who seek each other’s comfort, exposing their lack of imagination. Clichés come and go, and as I’ve noted before, it drives me up a wall scrolling through social media sites, and seeing the word “literally” when it’s not needed; or the exhortation of some that such and such an article is “essential reading,” or a “must-read,” as opposed to “recommended.” The passivity is unnerving: when some writes, “I’m sorry, but I really didn’t like The Irishman,” what’s the apology for? The need for approval is overwhelming: a one-word tweet of “yup,” in response to some opinion, shows that you get it.

The latest travesty was from the travesty website Politico, which ran a headline, “How the Cool Kids on the Left Turned on Elizabeth Warren.”

The Cool Kids. I’m not sure who first popularized the fairly accurate idea that life imitates high school—Hunter Thompson is often credited—but that’s how a lot of industries work. I was a pretty cool teenager (it was the late-1960s and early-1970s, and anyone with a mind, who wasn’t either born-again or culturally cloistered, stood a decent chance of being “cool”), did well in high school and mostly had a lot of fun, but there were landmines.

For example, gym classes really did suck. My experience was especially crummy during the final year of high school in 1972-73. Our family had moved from Long Island to Lawrence, New Jersey in June of ’72, after my father had purchased a car wash there. I’d attended Huntington public schools all my life, had a lot of friends, so this was a rude upheaval, with only the promise of college a year away keeping my mind strong.

Anyway, I began 12th grade at a public institution that was far different from the liberal Huntington High School; it was a cauldron of rednecks, some of whom I got a hoot out of, like my McGovern-hating history teacher who really believed that kids who smoked pot were not only destined to wind up with a spike in their arms, but also guaranteed a spot in hell. Actually, Marty was a pretty decent fellow and I enjoyed debating with him about the ongoing Watergate scandal, which was an entertaining diversion at the time.

On the other hand, the gym teacher, allegedly a former Marine who shot “slants in ’Nam,” a claim I found suspicious, was a cocksucker who did his best every day to pick on those students who didn’t excel at rope-climbing, double-somersaults, wrestling and basketball; incredibly, at least to me, gym was a daily class at this backward school, a shock to a hippie who’d been fortunate enough to take archery and badminton and other minor sports, with no uniform required, twice a week in Huntington. Although a decent baseball player, I had no desire to climb a rope, and as I was one of the few longhairs, this creep did his best to intimidate and single me out for ridicule, a sadistic pleasure on his part, and one that the sheep in the class were only too happy to exacerbate.

Truth be told, this didn’t really faze me, but putting up with the inane banter in the locker room each morning was a drag, where the star athletes would preen, blather about their latest real or imagined sexual conquests, show off hickeys, and try to make life miserable for those who didn’t hang onto every word of their dime-a-dozen chatter. I did have one friend in gym, a swell fellow named Marshall who later went to Haverford College and although I can’t say for certain, is probably quite successful today, but as a Lawrence lifer he was indoctrinated into the poisonous culture and so went along, grudgingly, with the nonsense. Steve was also a great guy who was taunted, both for his Armenian heritage and inability to snap off 25 pull-ups in two minutes.

One fellow, who was pretty smart and should’ve known better, decided he’d be a tormentor—luck of the draw, I guess—and every day he’d try to get my goat about my refusal to join the crowd, assuming I’d be easy prey and he’d make points with the other jocks. This was weird, and after early on I attempted to engage in substantive conversation, as when I talked about Bowie or Gram Parsons, I was dismissed as a commie. I ignored him after that, much to his chagrin. When April of ’73 rolled around, mercifully, and I received acceptance to Johns Hopkins, all of a sudden this guy’s tune changed, and suddenly wanted to be buddies. I had no time for this, told the guy to fuck off and cruised through the rest of the year.

I was a member of the National Honor Society that senior year—hardly a noteworthy achievement given the lax academic standards—and the club met once every other week. On one occasion, as graduation neared, the “elite” students debated on how ostentatious their self-toasting on the big day should be. I had no intention of even attending the ceremony, but just for kicks, when a brown-noser suggested that all Honor Society kids ought to have gold tassels affixed to their caps, I protested, arguing that there was no need to show up, in front of parents, those who either hadn’t successfully grubbed for good grades or just weren’t particularly good students.

It wasn’t all bad, since I was fortunate enough to be excused from both my English classes by two young women who, to their credit, allowed me to spend the time instead in the library, reading whatever I wanted and all that was asked in return was that I write a single term paper and, at their convenience, gab about Thomas Wolfe, Philip Roth, Dylan Thomas, Joan Didion and John Barth. On weekends, I’d often drive the half hour or so to New Hope, PA, a hippie colony at the time, and spend time with one of these teachers, whose name escapes me now, and we’d have a grand time. And in March, a really quick guy transferred to Lawrence—he’d been booted out of four prep schools—and we’d smoke joints and cigarettes in the parking lot. The next year I visited him at Yale, and Lawrence High School just a splotch, we laughed about the indignity of gym class.